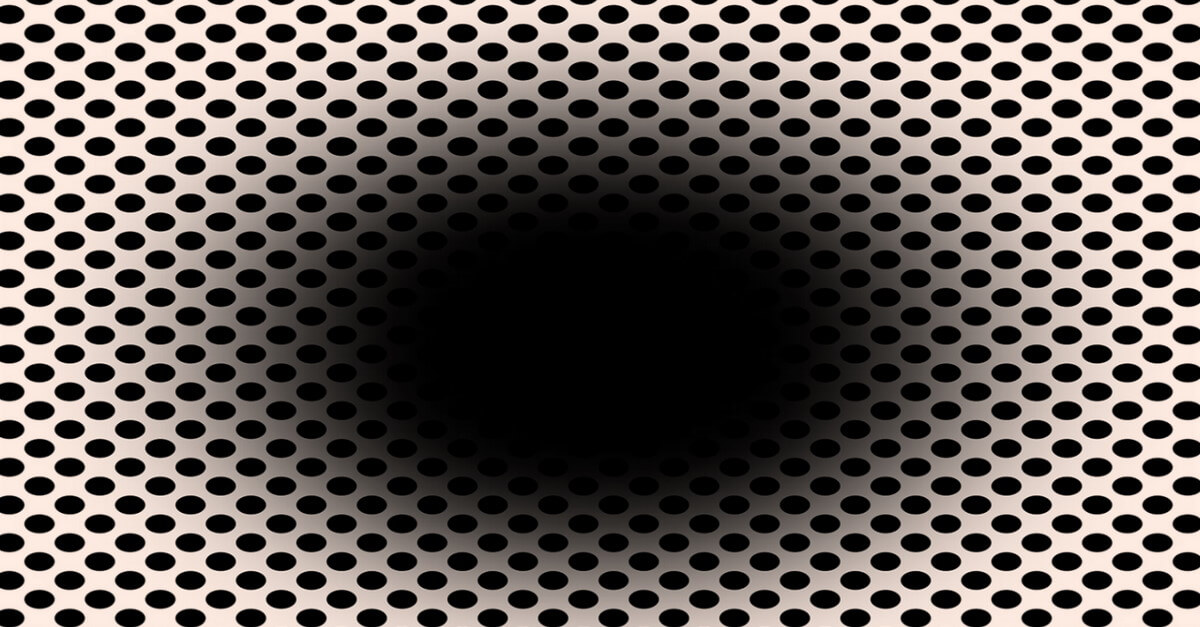 Take a good close look into the abyss and the abyss will look right back into you.

This optical illusion, new to science, has 86% of people feel like a black hole is swallowing them.

Thanks to the pattern of smaller black dots uniting into a large, black hole, the optical illusion causes your pupils to expand and gives off the sense of movement. According to researchers, it also shows how our brain makes predictions based on patterns. Created by Akiyoshi Kitaoka as part of research published earlier this week, it works on most people regardless of circumstances.

Look closely and you’ll see the black hole expanding – it’s not a gif, just how your brain and pupils work. Even in a well-lit room, and from a different angle, people’s pupils would expand once those people look at the illusion.

This shows that, even though a physical response is not needed in a situation, our brains are so fast and “predict” what our eyes see.

As for the 14% of people whose pupils did not dilate looking at this image, researchers have no explanation as to why yet.

So, what do you see? Click this link to open the image to its full size and stare closely.