Researchers Created A Biodegradable Wearable That Dissolves in Vinegar - TechTheLead 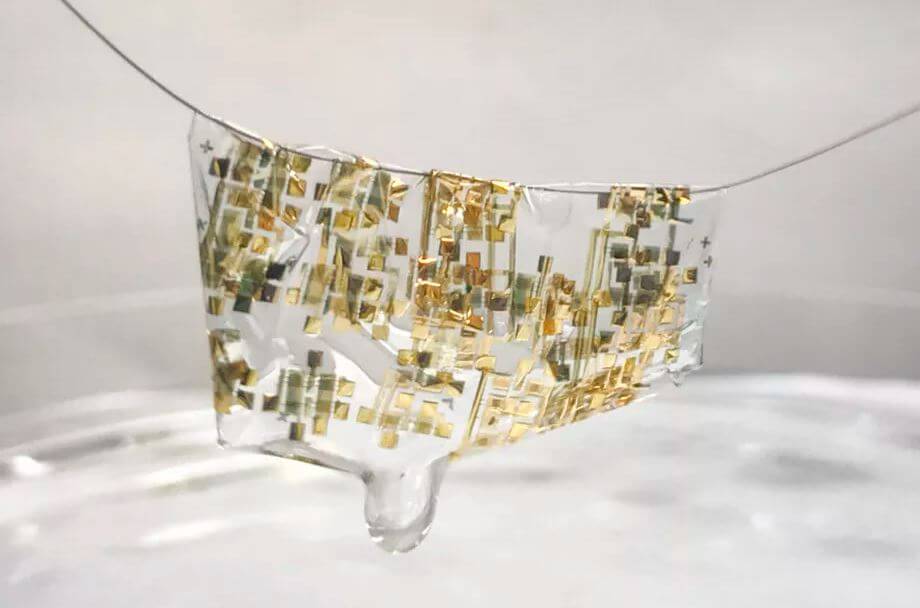 The lightest, thinnest electronic device in the world also happens to be biodegradable. Researchers created a wearable that wouldn’t add to the electronic waste burden Earth has to endure by making it dissolve in vinegar #objectmagic

A team from Stanford University was able to synthesize a biodegradable semiconductor from a molecule found in tattoo ink. At the same time, they worked on a brand new, very thin film using plant fibers. This was meant to work as a base for the electronics, a shell to place them in.

Finally, the electrodes used for this environmentally-friendly project were made from aluminum and iron. To our surprise, those begin melting away, with the rest of the device, in less than half an hour after being submerged in a solution less acidic than vinegar, even.

The technology could be used in various fields – either security, where a vanishing storage for sensitive information makes incredible sense – or in the medical field. Implants, biological sensor or even prosthetic skins could benefit a lot from this breakthrough. But before anything like that happens, the device needs to be tested thoroughly.

So far, the scientists had their first success with mice heart muscle cells. They stuck the device in a dish with those cells and let time pass. After six days, the cells didn’t die. It’s a promising start, but the team knows that before we see their biodegradable wearable on the market, they still have to test it on lab animals and human volunteers.