[Review] Ghost of Tsushima Refines Everything Great About PlayStation 4 Games 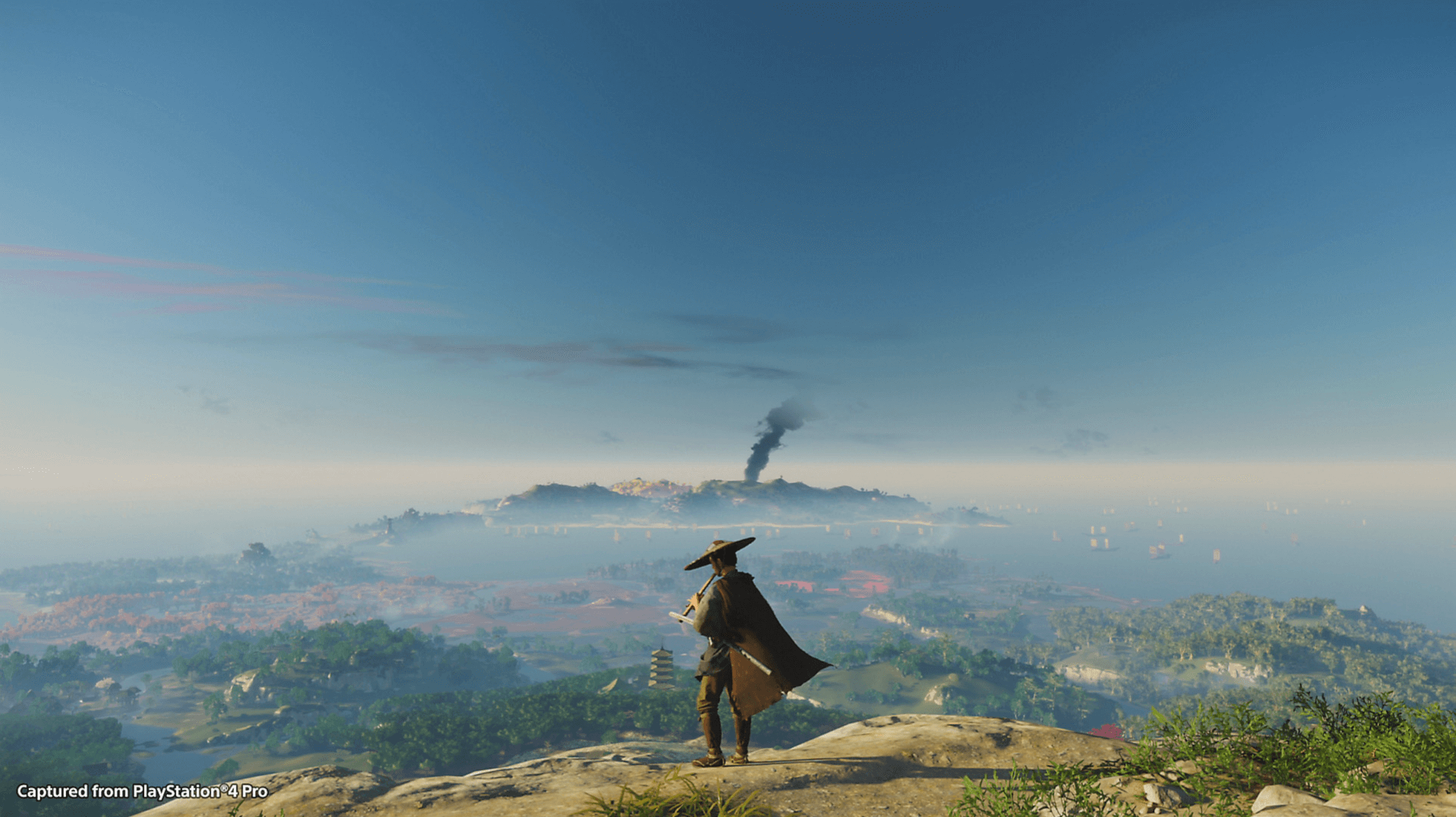 As many critics have said, Ghost of Tsushima fine tunes existing combat mechanics, story arc, open-world concept, and aesthetics to perhaps the best they’ve been in a single game. Ghost of Tsushima represents a technical and artistic mastery of gaming in the PlayStation 4 era.

Ghost of Tsushima is set in historic Japan as the Mongols invade the island of Tsushima. Jin Sakai, son of the head of Tsushima, finds himself as the last remaining samurai after the samurai of Tsushima suffered great losses to the Mongols. His journey takes him across the island as he tries to combat Khuton Khan (grandson of Genghis Khan) and save the island. 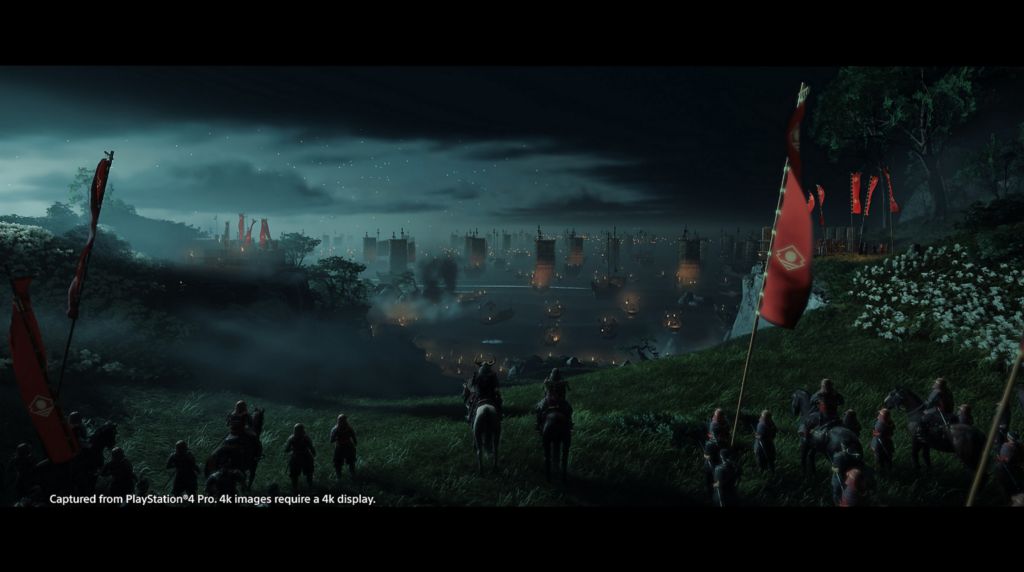 A cinematic encounter between the invading Mongol army and the Tsushima samurai set the game’s tone and story. PC: PlayStation

The game starts off with an explosive sequence as Khuton Khan (grandson of Genghis Khan) and his Mongol army invade the island of Tsushima. The samurai of the army suffer great losses, leaving Jin Sakai, son of the head of Tsushima, believing he is the last samurai. His journey takes him across the island as he tries to create an army able to take down the invading Mongols and save the island.

This sequence introduces many of the game’s dynamic strengths, including its visual storytelling and combat. Under the rain of arrows, Jin and his samurai army rush into battle with the Mongol army. As you fly down the mountain, you feel the weight of this historic moment through the intense cinematography. Rendered cutscenes bring an additional cinematic flair with intense camera work, music, and atmosphere building. The title screen appears as Jin rides away from the Mongols, winds rushing through the plains and vegetation of feudal Japan. Although the level of actions isn’t always this intense, the intro sets the tone for the game’s overall cinematic vibe.

Combat was also briefly introduced in the introduction sequence, but it barely scratches the surface of the complexities involved. At its core, the combat is most similar to other samurai games like For Honor. In other words, it’s a mix of timing light and heavy attacks, breaking shields, blocking, parrying, and dodging. 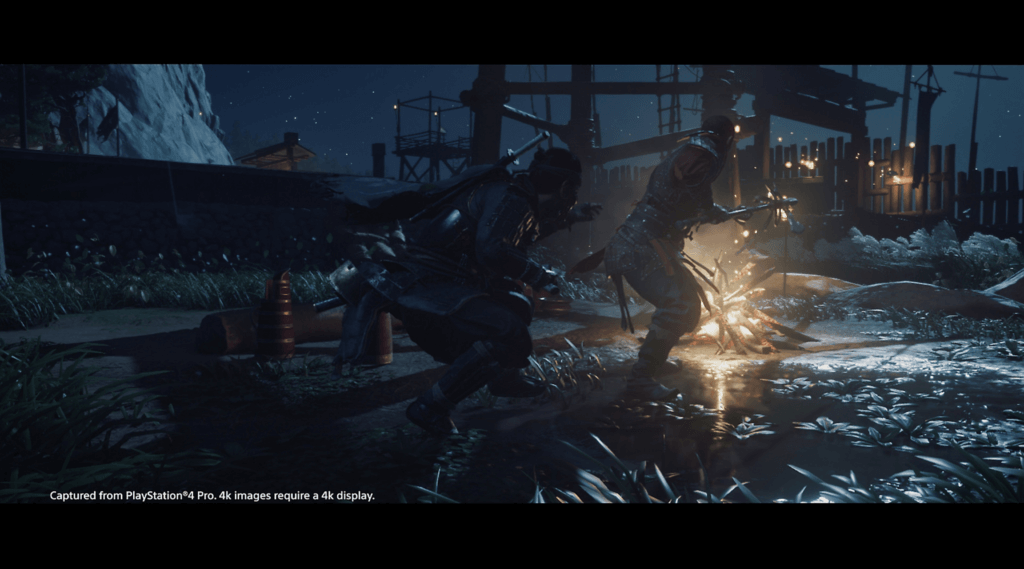 Combat is a mix of straight-forward attacks and stealth. PC: PlayStation

What makes the combat exciting is that it also brings in tactical elements. Indeed, the game is split between “samurai” and “ghost” combat mechanics. The ghost mechanics involve more stealth options such as smoke bombs, flash weapons, and kunai. The interplay between the two presents a unique gameplay experience both in how you approach battles and how you Jin develops. The head-first samurai gameplay is deemed honorable, yet it’s almost impossible to not play like a ghost if you haven’t mastered all the samurai tools at your disposal. Jin’s commentary, whether that’s when you face off with enemies as a samurai or his disappointment when he has to break his samurai honor code, adds complexity to how one plays the game and how one sees Jin. Additionally, the gameplay grows as the game progresses, with new skills, modes, and fighting styles unlocked throughout. What this provides is a continual refresh to the game’s fighting, one that keeps you interested the entire time.

Beside the combat and cinematic feel, the landscape of Tsushima is absolutely gorgeous. Not only does it look aesthetically pleasing, the landscape serves as an important way to reconnect Jin with his spirituality. From Fox Dens, to haiku locations, to mountaintop shrines, Ghost of Tsushima pays tribute (albeit sometimes anachronistically) to Japanese forms of spirituality. Even side missions exude a strong feudal Japanese influence, with many of the strongholds and lost samurai echoing Jin’s reverence for honor and heritage.

If there were perhaps one major complaint of the game, it’s that it isn’t exactly revolutionary. For example, there are several side quests players can go on to flesh out Tsushima. While some have offer interesting multi-part narratives of the lives and relationships of Jin and his comrades, others are one-off missions. These one-off side quests could function to flesh out the world, but instead often seem like fetch quests for random peasants, usually rewarded with a scarf or some other cosmetic item. It makes many of the shorter side quests seem frivolous rather than filling out the rest of the world and plot.

To be fair, though, side missions are always challenging for open-world games to get right. The fact the Ghost did so much right only highlights what they couldn’t raise to the same level. 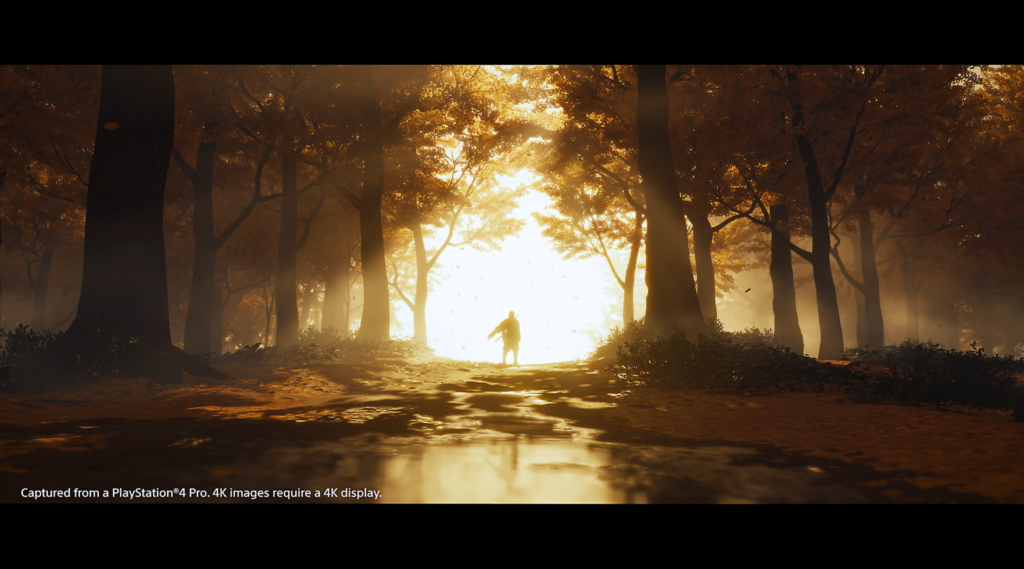 There’s a lot on the horizon to look forward to in the Ghost of Tsushima world. PC: PlayStation