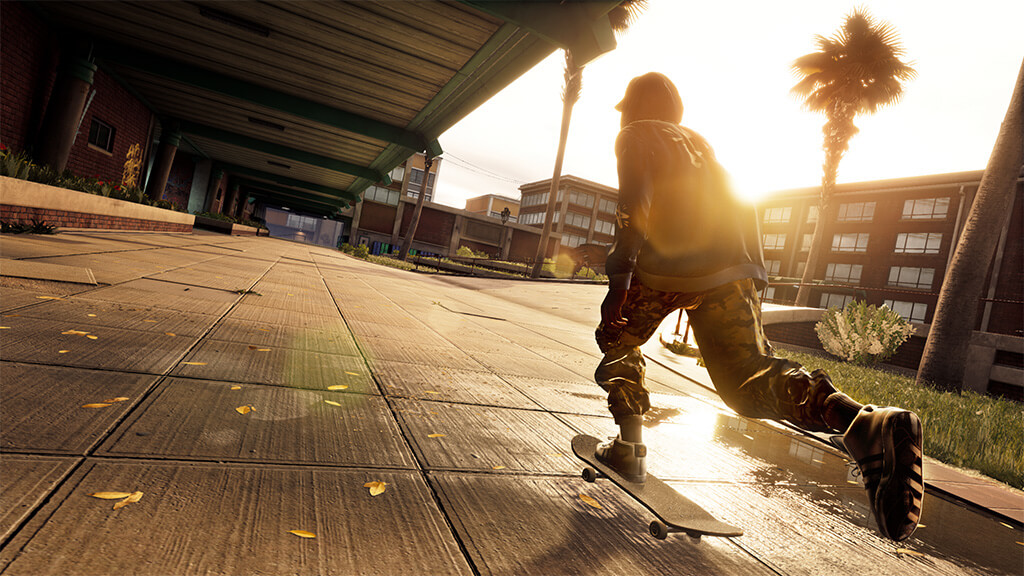 More so than any other genre of games, the sports gaming genre relies on recreating the feel of its content. That is, a successful sports game makes virtual basketball, soccer, or football feel as fun to play as it would on a court or field. The original Tony Hawk’s Pro Skater games excelled at this, making skateboarding really exciting to play on PC and inspiring a whole generation of gamers to partake in skating culture.

And more so than any other game I can remember, Tony Hawk’s Pro Skater 1+2 gets the remaster right. It obviously does the basics of the remaster well enough. That is, the graphics have been enhanced, the soundtrack expanded, and skaters added who weren’t even born when the first game came out. And to be realistic, the graphical enhancements in particular already feel a bit dated. The maps and characters certainly look better than they did back at the turn of the century, but they definitely pale in comparison between some of the current games that have optimized graphics for the current generation platforms.

But these upgrades are fairly traditional for any remaster. What sets this Tony Hawk remake is how it “remade” the feel of the game. Whether it’s doing a simple grind or stringing together a combo of over 50 different tricks spanning different objects across the map, the thrill of skateboarding remains. The magic of the originals still exist, even if landing some of the tricks are still as convoluted to land as they were years ago. Even the missions remain the same, sticking to the familiar S-K-A-T-E and mixtape formats.

New additions are specifically curated to match this recreated feel. For example, new songs chosen as background music still fit the grunge-y, counterculture, early 21st CE skateboard culture vibe even though they may not have been released on the original game. The UI also fits well into this cultural aesthetic, using a lot of aggressive graffiti and sketches you’d typically associate with skateboarding.

Because of this development approach, it’s easy to say few remasters are made for the fans in the way Tony Hawk’s Pro Skater 1+2 is. It certainly plays on the nostalgia of the originals, but does so without taking away what made the originals so great. It is a faithful recreation of the feel of the games rather than a more traditional 1-to-1 translation focused on upgraded graphics or new modes. It didn’t add anything unnecessary and kept the core of the game the same. The developers knew what the game great and delivered with this remake.