Nubia Alpha, One Year Later: How is the Most Radical Smartwatch Holding Up?

Sometime, last year, I found the Nubia Alpha around the office. I knew nothing about the smartwatch, but it grabbed my attention in a flash.

It resembled one of those future watches that you found in 90’s B Movies, with a bit of a battlecruiser aesthetic and Star Trek thrown in there for nostalgia. As I inspected the box and the Alpha, I became more and more fascinated with this curved smartwatch.

Before the Nubia Alpha, I had seen the Vector watch, so I was no stranger to flexible displays, but this seemed like something an astronaut would wear on his wrist. And I must admit, the Nubia Alpha looks like a future bastard kid of a G-Shock and a Tank. But to me – it just clicks.

I took the Nubia Alpha home and started playing with the smartwatch. It was a new toy, and I needed to know what sort of tech Nubia put inside. And surprise, surprise, I found out that it had an eSIM slot and a 500mAh battery only.

To this day, the battery remains the only thing I never liked. Even now, after a year of wear and tear, the battery can barely keep up. With Bluetooth on, the brightness level turned up, and constant daily interaction, I can squeeze around 14 to 15 hours of use out of the Nubia Alpha. And it’s not like the battery was a marvel of technology when I got the Alpha. At least the total battery capacity seemed not to drop.

Used in tandem with a heart rate sensor, an accelerometer, a gyroscope, and a compass, the battery of the Nubia Alpha, when at 100%, usually lasts around 14 hours, even now, after a year of use.

How does a curved smartwatch improve your life?

As I started to incorporate Nubia Alpha in my day to day routine, I noticed a trend. Out of the blue, people started asking me about my smartwatch. I had a grampa scream at me in public transportation, calling me a furry alien from outer space (I have a beard). A guy offered me his watch and a sum of cash for mine. At least four friends of mine bought the watch as soon as they played with it. And trust me, the list goes on, and on, and on. You get it. 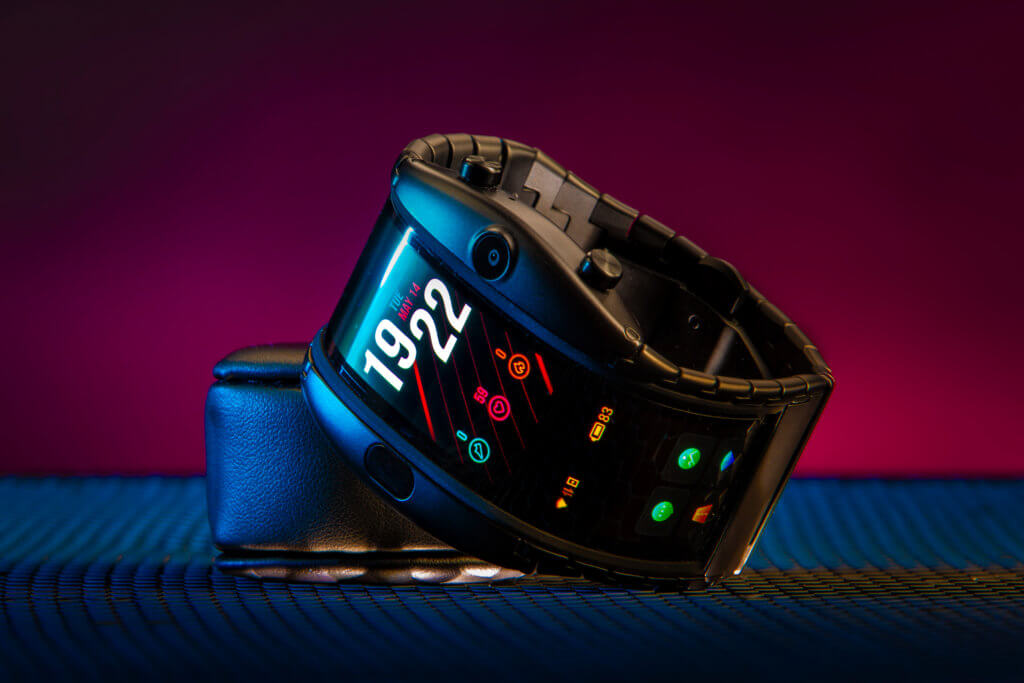 I interacted with more people, because of this watch than back when I got my first smartphone. It outclasses most of the devices I own in popularity because it looks the way it looks. I could be wearing a pair of Nike Self-Lacing AirMags, with a fancy designer bag, and a self-cleaning jacket and people would still ask me about my watch. The WOW factor is instantaneous.

Is it the best smartwatch out there? Not even close. You can buy a Garmin and get the best of the best, and blow the Nubia Alpha out of the race with just the base specs. But that’s not the point. The aesthetic of the Alpha is what drew me in and made most people strike a conversation. Not the specs, not the battery life. The fact that I had a wraparound AMOLED screen around my wrist made me feel a bit Star Trek. 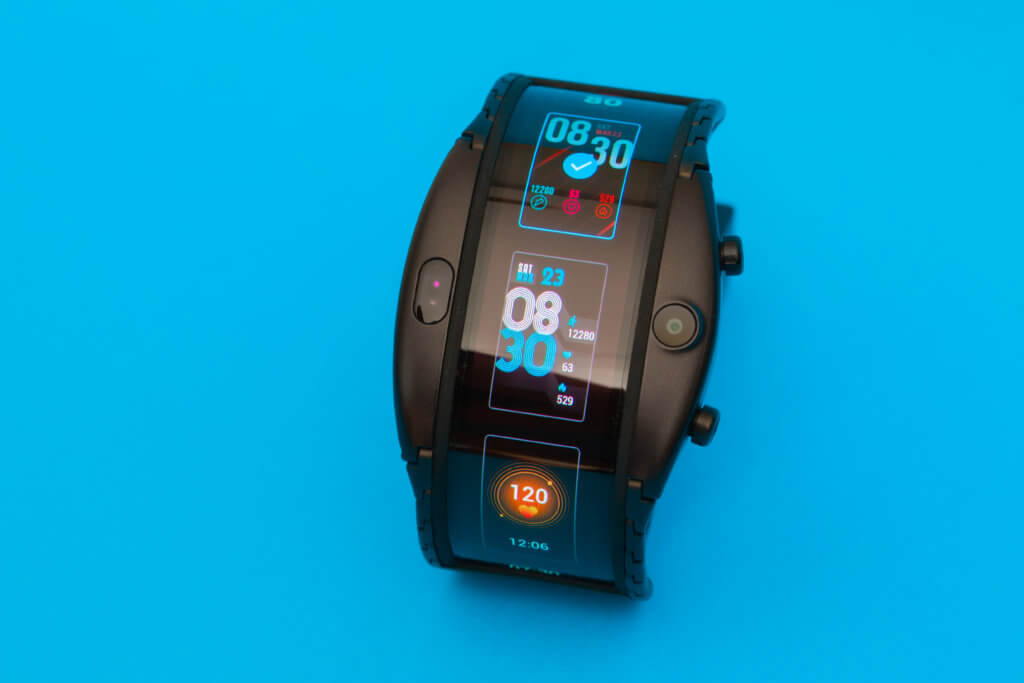 The user interface needs a major do-over. It looks like the bare minimum effort was put into this aspect of the watch.

The watch faces look fancy, but the rest of the experience is as bare-boned as you can imagine – swipe left to right to access icons that represent apps; that’s about it.

The look and feel of the UI makes the Alpha seem cheap, or perhaps like a pre-production model, something put together to work as a proof of concept. Not a polished piece of technology from the future.

And, the support is not extraordinary, with just a few updates, here and there, and no upgrades towards functionality or improvement of the UI.

Let’s get real: looking at the next Nubia

As the name strongly suggests, this is an alpha product. Not even an MVP from a productional standpoint.

If Nubia chooses to go further with this line of flexible AMOLED smartwatches, they need to bring out the big guns. It looks so out there, so futuristic, so 2220, so different, that it will start a conversation regardless of place.

Keep the wraparound display, add more functionality to the watch – definitely a bigger battery – and add NFC and induction charging. Maybe open the platform for other developers, or move towards a more vanilla Android Wear experience? 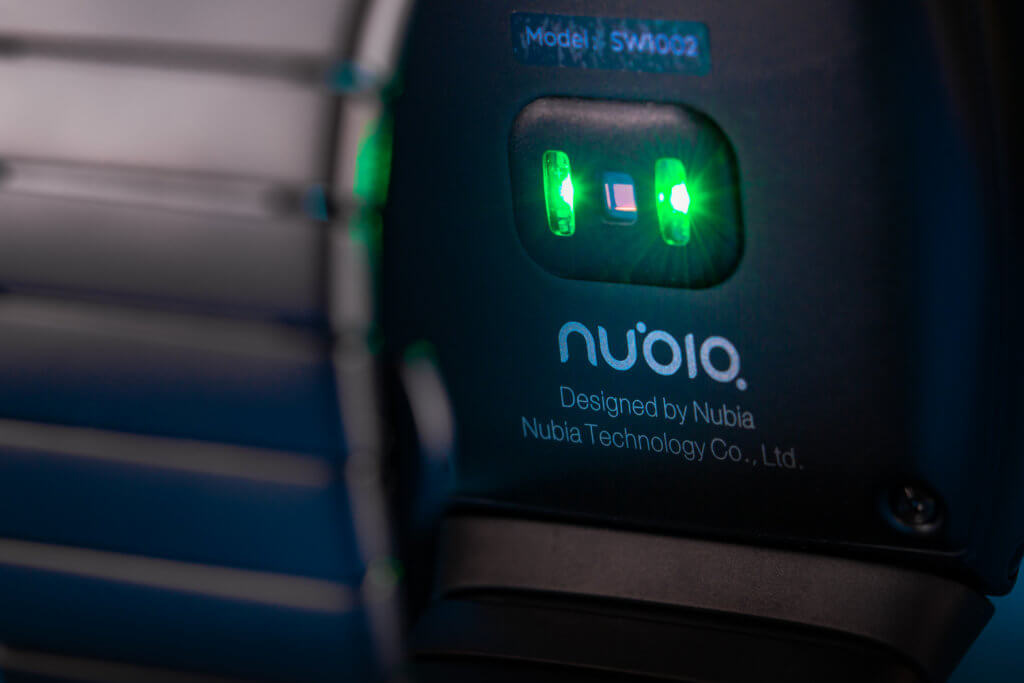 Even now, the specs of the Nubia Alpha are nothing to scoff at.

It runs everything inside with no delays or crashes.

Never, in a year of use, did the Nubia Alpha freeze, or did something funny. Always a trusty, bulky, companion.

Just one that I would like to shed a few grams from its next iteration.