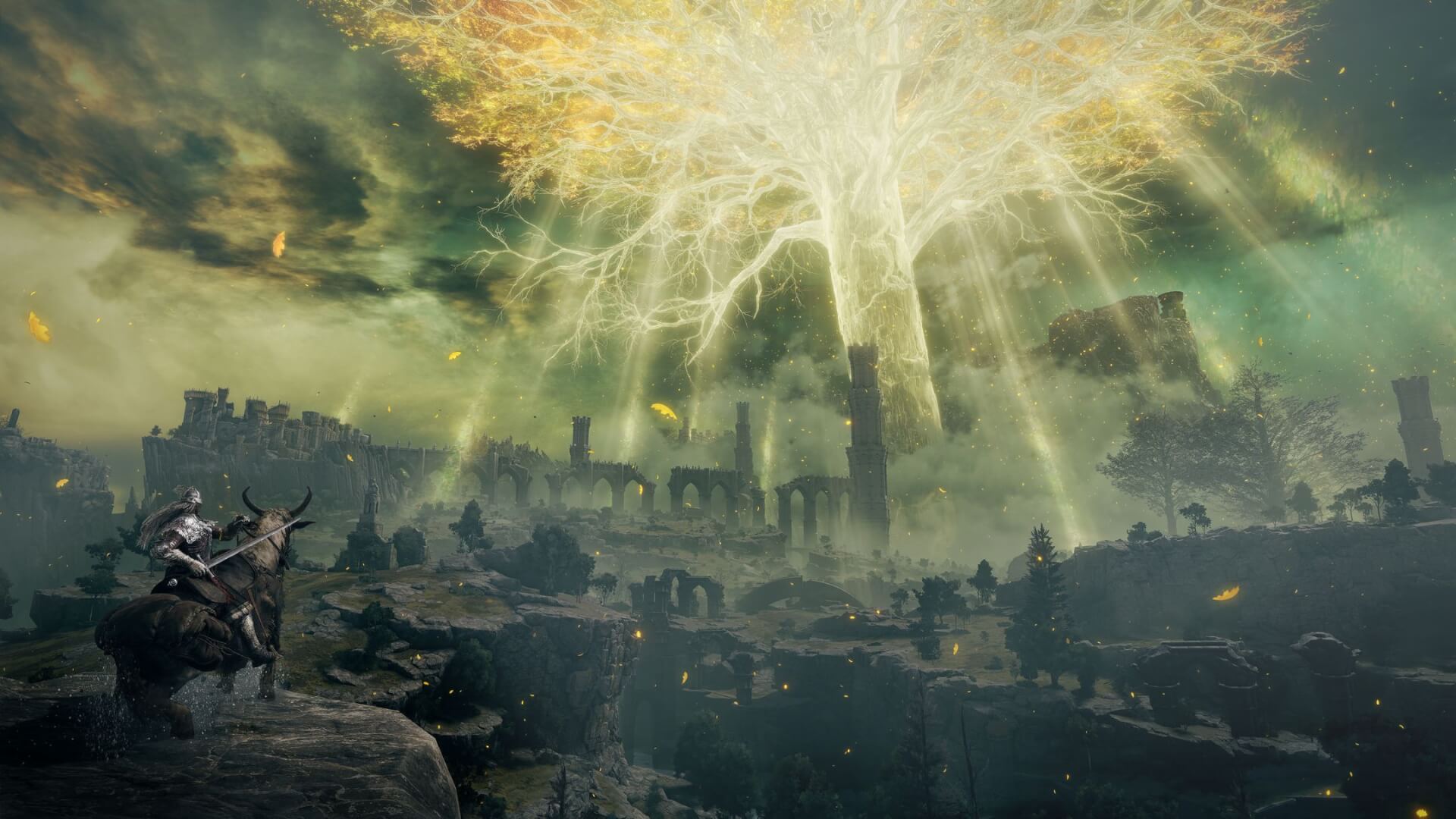 Update 6/10/21: An earlier version of this post omitted “Elden” from the title. It has been rectified.

It is not an understatement to say that the hype for Elden Ring has only grown since it was first revealed at E3 2019. The combination of game developer Hidetaka Miyazaki (creator of the Souls series and Sekiro: Shadows Die Twice) and George R. R. Martin (Game of Thrones author) was certainly a huge draw for fans. Yet, since that day, news on the game has gone radio-silent… that is until today!

During Summer Game Fest’s Kickoff event, a gameplay trailer for Elden Ring dropped. Given the legacy of Miyazaki and Martin, it is no surprise that the game is set in a mythical, almost decaying world. The Lands Between, as the official webpage for the game calls it, is host to a large array of fantastical landscapes, biomes, dungeons, and creatures, all which stand in your way as you find the Elden Ring.

The trailer shows some of the gameplay, which seems to be a combination of open-world traversal and well-choreographed boss fights. Indeed, the combat looks incredibly smooth, but this is to be expected from Miyazaki’s previous works.

VGC also notes that there will support for online multiplayer up to four players. Beyond this, however, the game is still largely shrouded in mystery.