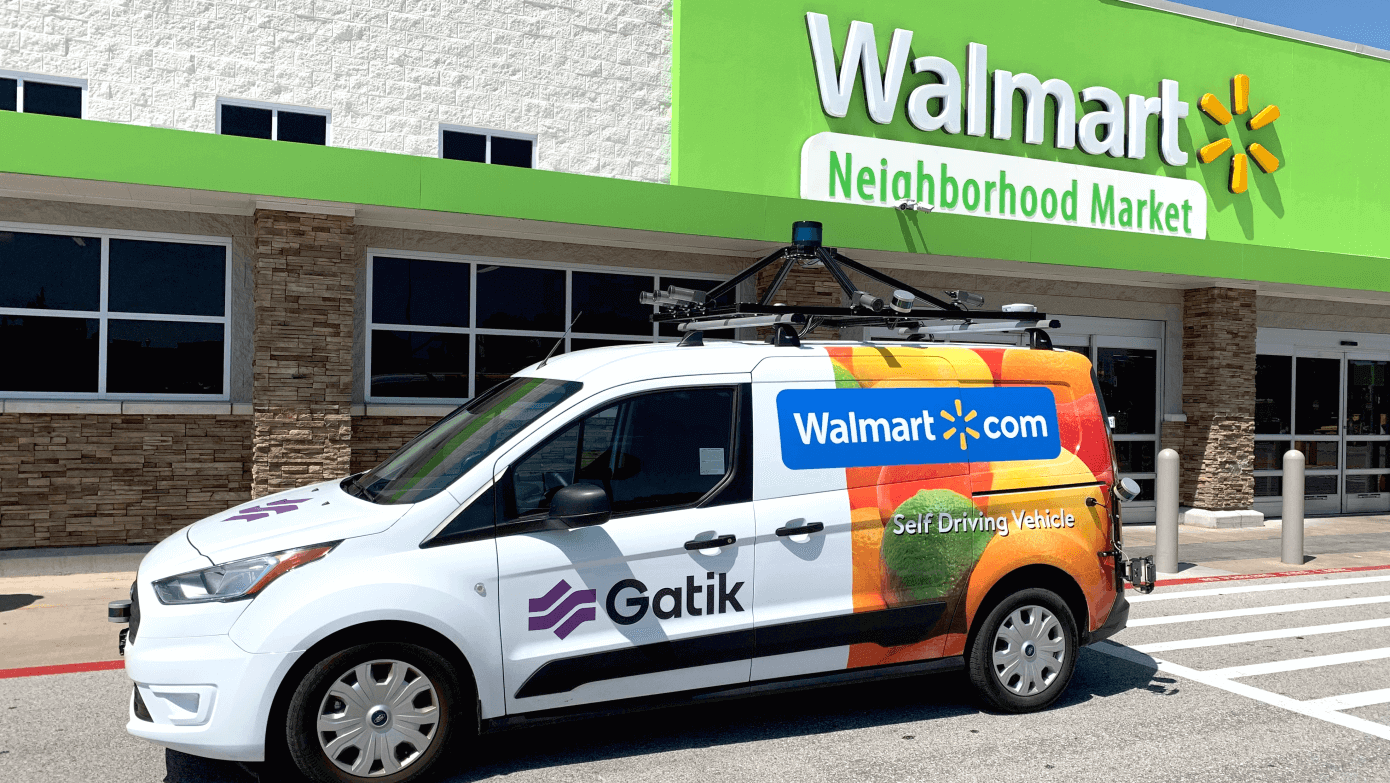 Walmart is planning to launch a trial in Arkansas using self-driving vehicles to transport online grocery orders to its stores for customers to collect.
On this note, Walmart is working with autonomous-vehicle (A.V.) company Gatik.

Initially, the retail giant wanted to use Gatik’s self-driving vehicles for “middle-mile” operations. Basically, instead of taking online grocery orders directly to customer addresses, the robo-vans would transport it from Walmart’s large Supercenter in Rogers, Arkansas, to one of its smaller neighborhood stores, from where customers can then pick up their items.

This operation would be significantly easier as Gatik’s vehicles would have the same, predetermined route between two locations rather than deviating to customer addresses.

Such a platform would also leave the development of robo-taxi services to other much larger services such as Waymo and General Motors’ Cruise division. Recently, Cruise stated that it needs more time than expected to perfect its technology.
In its Arkansas pilot program, Gatik is using modified Ford Connect vans, according to a Wired report. The vehicles can make up to 10 trips a day, seven days a week during daylight.

According to TechCrunch, the trial’s goal is to allow Walmart and Gatik to gather data to help them find the best way to integrate autonomous vehicles into retail operations.

With this technology, Walmart could reduce shipping costs by about 50%. The company has already partnered with a few outfits similar to see how A.V. technology might benefit its business, like Udelv, for example, experimenting with deliveries to the customer from Oklahoma City.