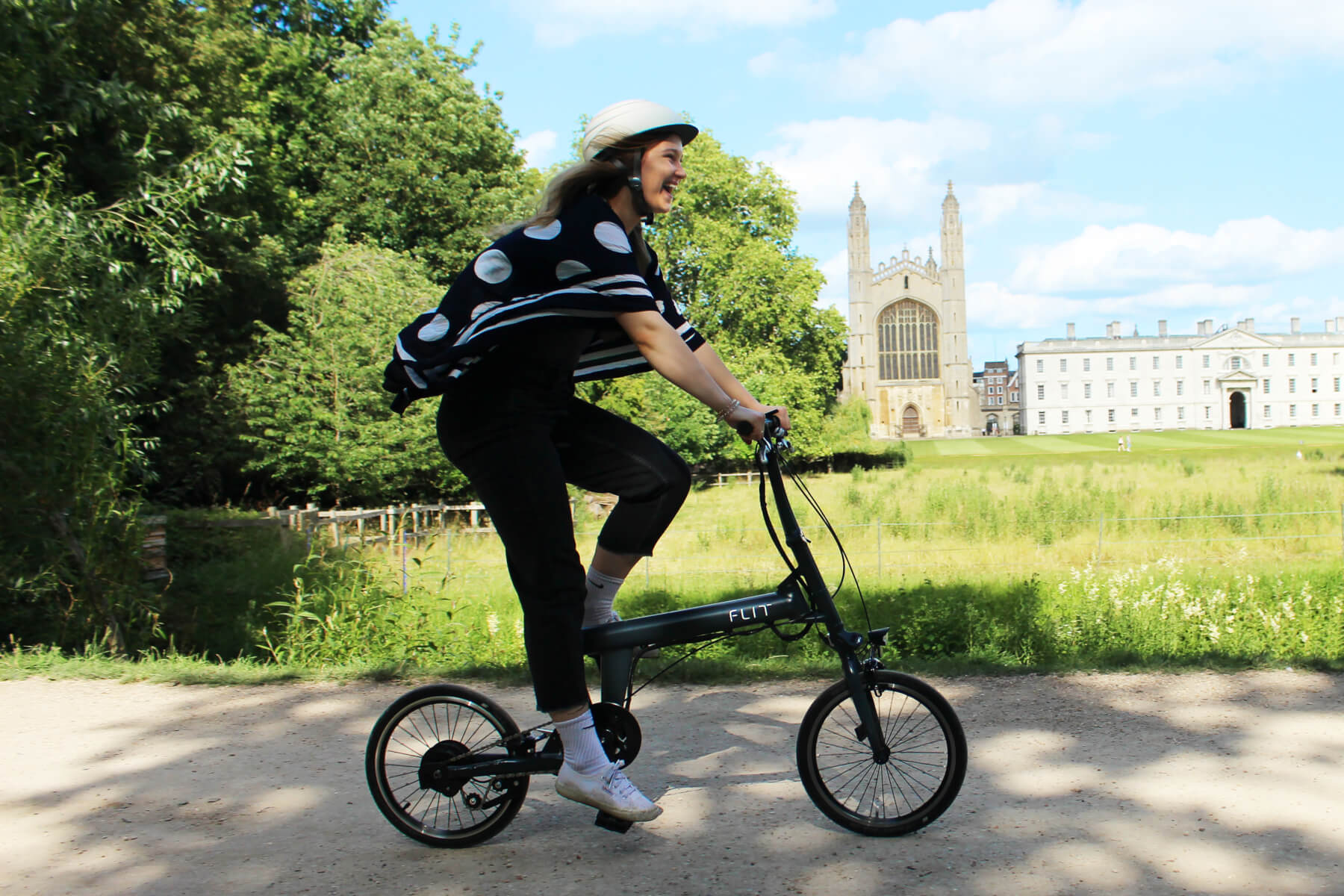 Alex Murray and Dave Henderson met in 2015 while they were both studying in Beijing. The city is notorious for being difficult to drive through and not really worth the hassle of doing so, especially during peak hours so Murray and Henderson usually found their way around it by riding electric bikes in between lectures.

Henderson is an ex-Jaguar Land Rover engineer whose passion for automotive design only grew through the years. Murray, on the other hand, has dreamed of using his experience in commercial and public policy to make cities better and healthier places to be in. The two realized they could merge their interests together and eventually moved to Cambridge, UK, founded FLIT and got to work on designing the FLIT-16 folding electric bike.

It took them 3 years to turn the sketches they’d made on paper into a reality and test the FLIT-16 on 100 riders and experts. After the e-bike received an unanimous thumbs up, the two turned to Kickstarter to begin taking pre-orders for it.

The bike was designed to be an electric one from the get-go so its core has always been represented by a custom lithium-ion battery pack built into the frame. This particular choice of design reduces the bike’s weight and maintains a simple-cut design.

The 250Wh battery offers 30 miles (50km) on a single charge thanks to the latest generation of LG cells.

In the rear wheel, the riders can find a high torque motor that gives them a little boost while the front and back lights can be controlled vis the handlebar display.

“Our vision was to make an electric folding bike that feels great to ride, whilst keeping the convenience of a compact commuter bike,” Henderson said in a press release. “Using my background as an automotive engineer, I focused on the e-bike’s geometry to give a comfortable and responsive ride, perfect for city journeys.“

Overall, the bike weighs just 14Kg, battery included, which means it’s easy to carry around, especially because it only takes about 10 seconds to be folded in or out. If the riders have any difficulty in carrying it around, they can easily roll it instead, via the rear wheel.

One of the reasons why the bike is light is because its frame is made out of a heat-treated 6000 series aluminum alloy. A number of key contact surfaces have also been reinforced with stainless steel to increase durability and minimize wear and tear.

The FLIT-16 comes with a number of accessories and add-ons such as spare chargers or foldable bike helmets the Kickstarter backers can buy, with estimated delivery dates set for March 2020.