Rolls Royce Plans To Break Its Own Plane Speed Record, This Time With An Electric One 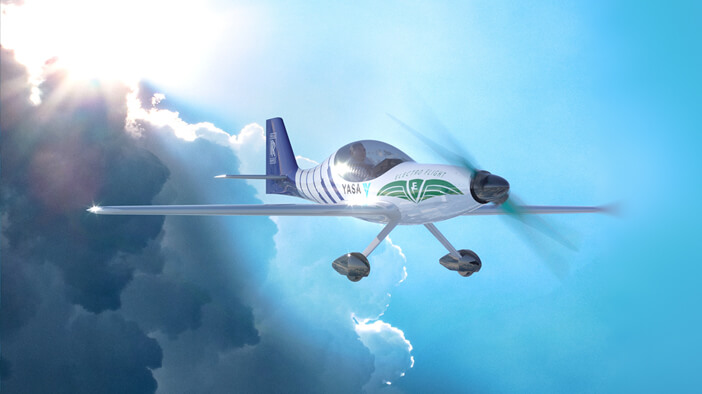 When you think about Rolls Royce, you think of old, beautifully polished cars – the company made a name for itself thanks to them, true, but there’s another transport branch Rolls Royce has been working on, a branch that has been operating since 1971: its aircraft business.

That particular record is one that the company is motivated to beat.

The Supermarine S6.b was flown by member of RAF High Speed Flight and won the Schneider Trophy for Britain. But it was Flt Lt. George Stainforth who broke the world air speed record and attained a peak speed of 407.5 mph (655.67kmh).

“That became a game-changer,” Matheu Parr, manager of the ACCEL project said in a statement about the Supermarine S6.B win “It fundamentally changed the strategy of the company. That’s what we’re doing here. We’re trying to demonstrate the opportunities in electrification, and then to push a strategy that accelerates across the business.”

The plane, dubbed ACCEL, is reminiscent of the 1930’s monoplane design, with a sleek figure that takes us back in time to the aircraft the Allies used during World War II. But design is where the resemblances end because under the hood, everything has changed.

ACCEL stands for ‘accelerating electrification of flight’ and packs in a 750-volt battery pack that features 6,000 individual cells that offer 200 miles of range.

Its three, lightweight electric motors can produce, when combined, 500 horsepower. They drive a low-rpm propeller that reduces noise and vibration.

Currently, the electric plane speed record stands at 210 mph and it was set in 2017 by Siemens and Rolls Royce, in addition to breaking its own 1930’s record, hopes to surpass Siemens’ as well.

They will attempt to that in the United Kingdom, sometime in 2020.