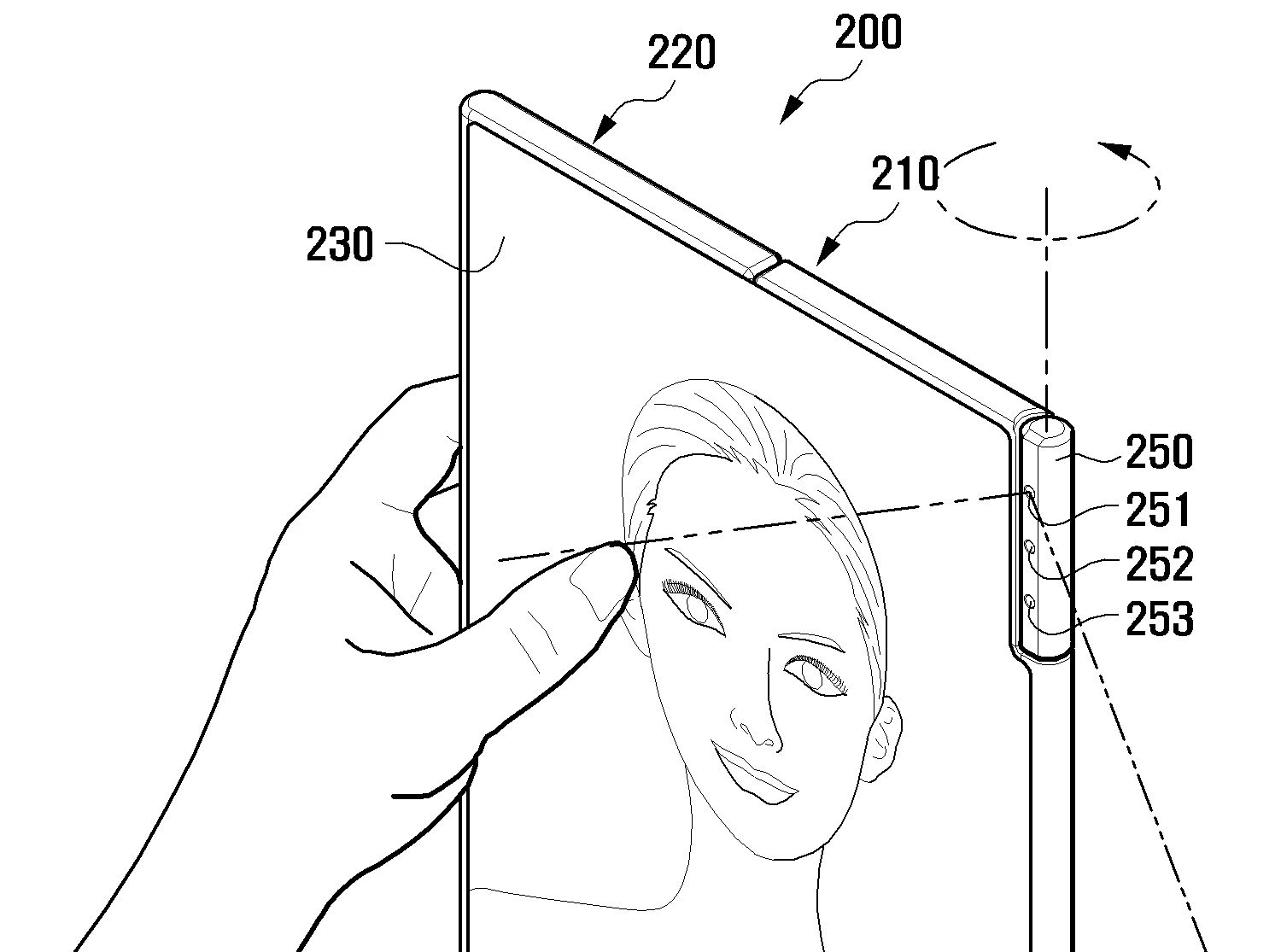 The Samsung Galaxy Z Flip 3 and Z Fold 3 are expected to launch on August 11th, during the company’s Unpacked event. However, even if these two devices have not even been introduced to the public yet, Samsung seems to be already working on their successor: the Z Flip 4.

Samsung has filed a new patent with the World Intellectual Property Office (WIPO) for a “Foldable Electronic Apparatus with a Rotating Camera on the Hinge”. The overall design looks very similar to the Galaxy Z Flip.

The focus of this patent is the camera system, which is located on the smartphone hinge. The camera can be rotated in any direction: forward, backward, up or down. With that, it should be possible to take photos and videos from different angles. 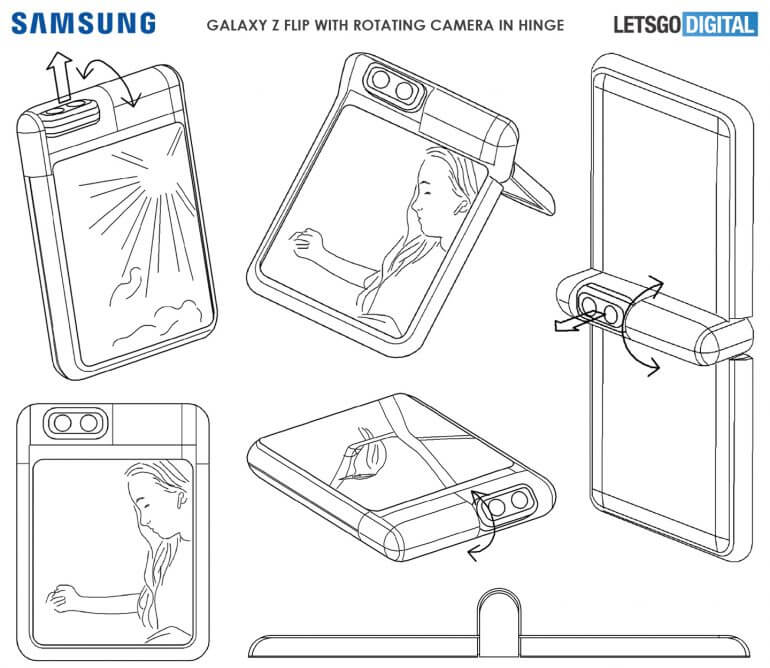 The patent shows that the device consists of two boxes connected by a hinge. The rotary camera mode will be placed either in the upper right corner or in the center of the right frame when completely unfolded.

Bend angle and motion sensors are also mentioned in the patent – they will monitor and determine the smartphone’s angle and orientation and the rotary module will then act on the signals from the sensors while the camera app is open. 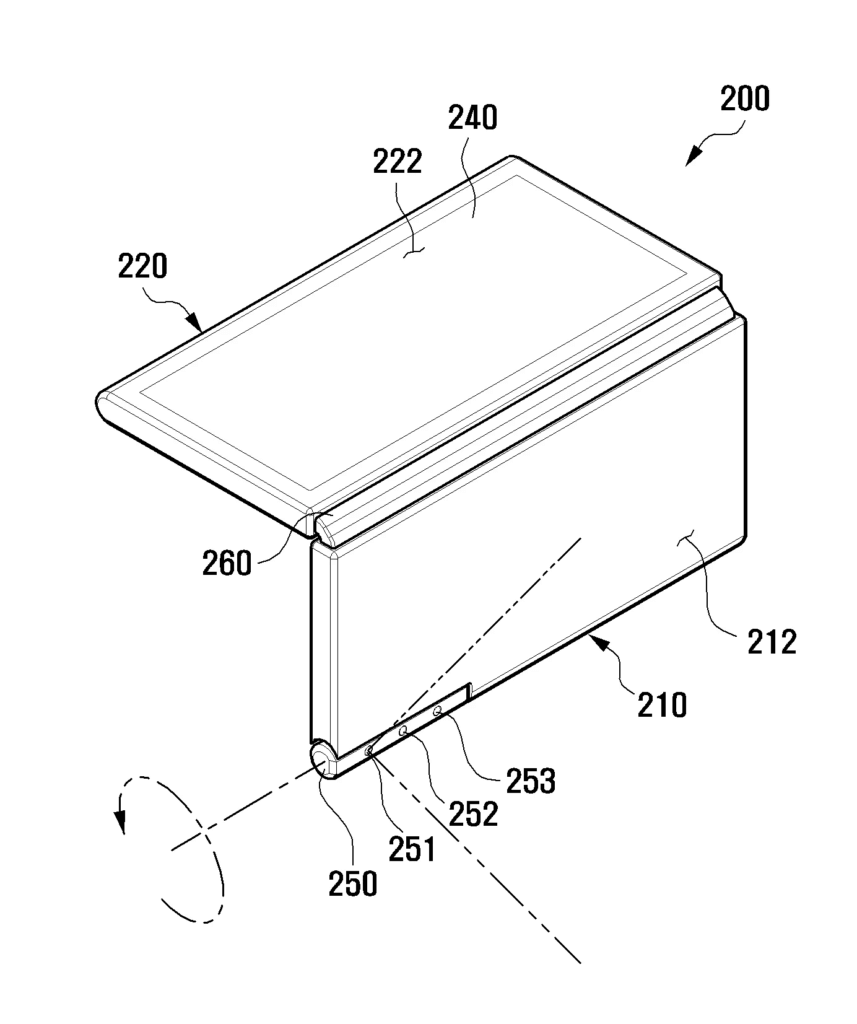 A disadvantage of this model is that the camera, by virtue of the thick hinge, produces a large bulge on the back when the device is unfolded, making it impossible to leave the cell phone lying on the table, for example. Even when folded, the hinge camera would still be bulging out a little, which might make the device awkward to hold in a pocket and the camera would not receive enough protection.
Of course, this would depend on materials used and the camera housing style the company would go for. 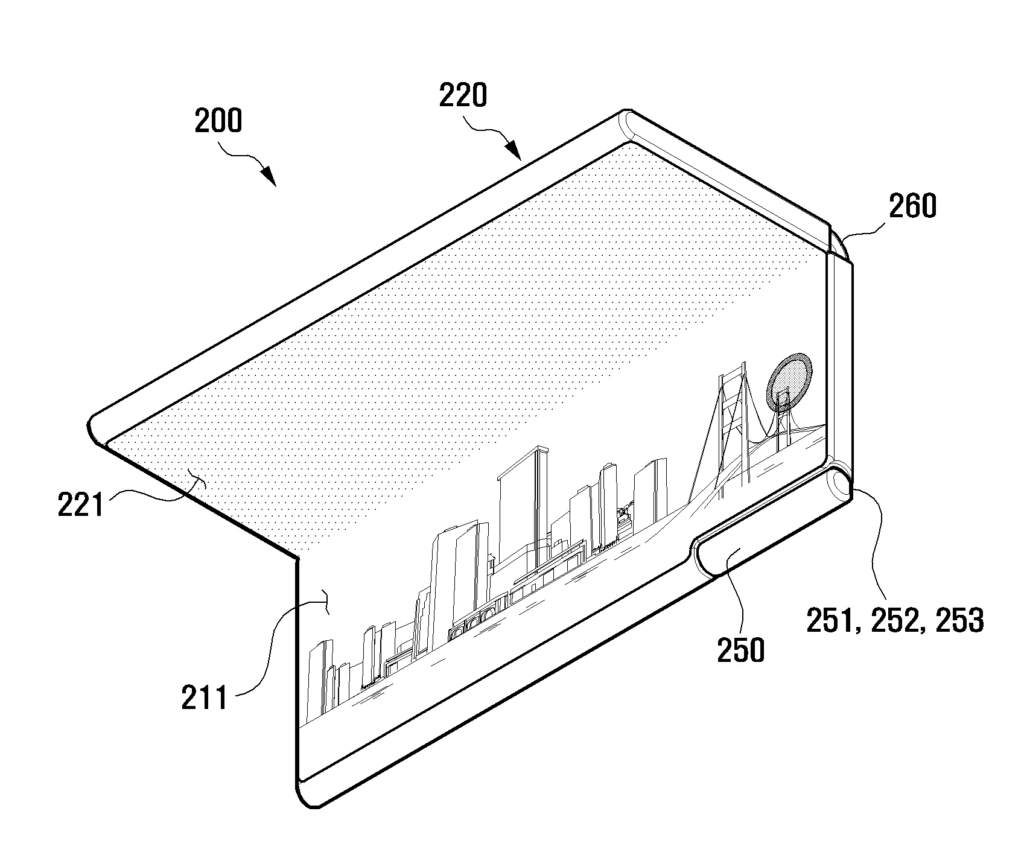 This wouldn’t be the first time a smartphone features a rotating camera: Oppo N1 as well as the Samsung Galaxy A80 also featured one. But the novelty here would be that it would mark the first time a foldable device would feature one.

The rotating camera style presented in this patent would not only allow you to take photos from a lot of angles and benefit from better camera hardware thanks to all the extra space, but the notch or punch hole would disappear, allowing for more aesthetically pleasing screens.

All this being said, as is the case with all patents out there, there is no certainty that a final product will ever see the light of day, so take it with a grain of salt.