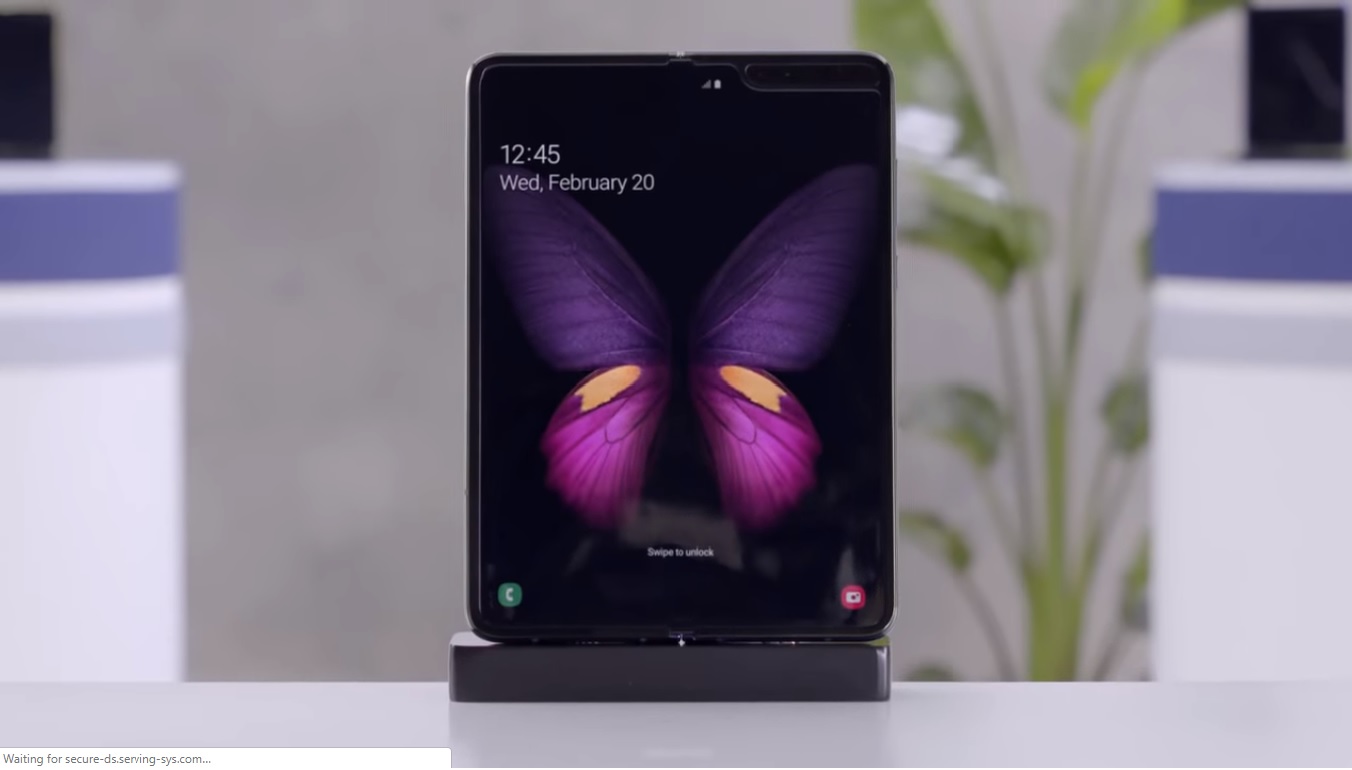 The much-talked about Samsung Galaxy Fold was unveiled a few days ago but it’s only now that we get to see the phone in more detail thanks to a new (and pretty quiet) video Samsung has released on YouTube.

We can now see that the phone will feature a gloss finish on the top and that the shift between the screens is much faster than we expected – something that a lot of prospective users worried about when the phone was first announced.

We can also see the cameras in action (and there’s a whole bunch of them) as well as a few close-ups of the hinge system that opens and closes smoothly and can also be customized, if you so feel inclined.

If you open the phone, a dual selfie camera is also featured on the ‘front’ and, since when the phone is 7.3 inches when completely opened, it won’t be too hard for you to get that perfect selfie shot at all.

The handset looks quite sleek, in spite of the fact it folds over, which makes it thicker than most smartphones on the market, but overall, we have to admit – it’s not a bad look at all!

There’s a number of foldable phones that will make an appearance during the MWC 2019 and, considering the Samsung Galaxy Fold looks pretty nice so far, it will be interesting to see if any worthy rivals will poke their heads out in Barcelona this year.