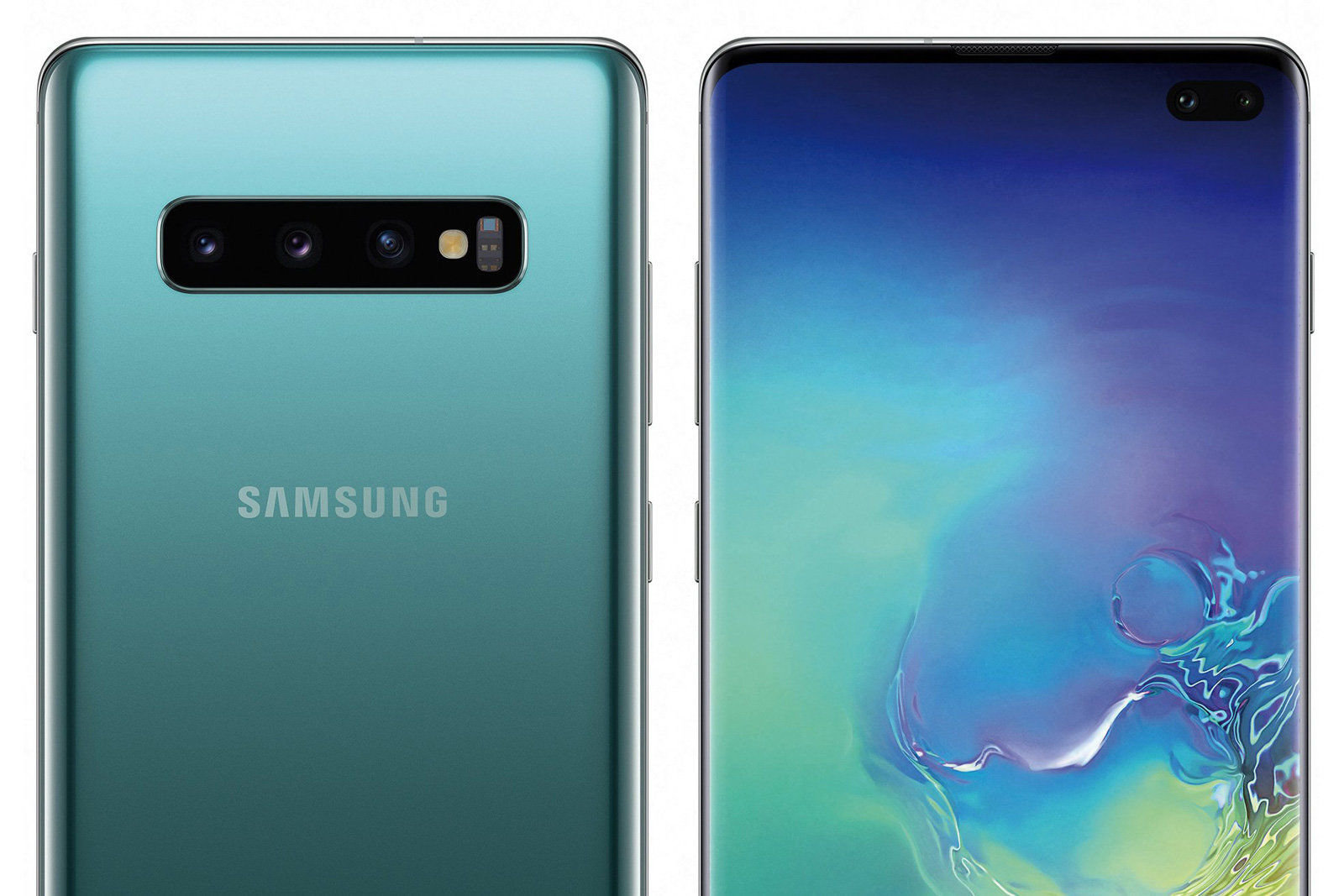 In spite of the numerous leaks about the upcoming Samsung Galaxy S10 phones, Samsung still had a few surprises up its sleeve for us.

The remaining few were revealed during the Samsung Unpacked event, which is still taking place as we speak; a couple of them include the Dynamic AMOLED screen, which acts as the successor to the Super AMOLED, as well as the very first HDR10+ compatible mobile displays.

The lineup also arrives with Wireless PowerShare, which allows for reverse charging.

Let’s start with the Samsung Galaxy S10+, the “golden boy” of the family, so to speak. The phone has a massive 6.4-inch Dynamic AMOLED display with a 1440p+ resolution and an under-display ultrasonic fingerprint reader. It’s powered up by the latest Qualcomm chip, the Snapdragon 855, or the Exynos 9820, depending on the region they’ll arrive in.

You can get the 8GB RAM with 128GB internal storage version or choose the massive 12GB of RAM with 1TB storage!

The dual punch-hole camera employs a 10MP sensor coupled up with a depth-sensing 8MP one.

The triple lens camera on the back has a 12MP standard lens, 12MP telephoto lens with optical zoom, and a new 16MP ultra-wide lens.

As you can imagine, this flagship is able to shoot videos in 4K UHD and record in the HDR10+ format.

It has a 4,100mAh battery and it arrives in Black and White variants, with a ceramic exterior edition to follow.

The Samsung Galaxy S10 is not very different from the Galaxy S10+, but it differs in screen size (6.1 inches) and battery capacity – only 3,400 mAh. Other than that, you can expect the same Dynamic AMOLED display with an in-display fingerprint reader.

Its selfie camera shoots 10MP photos and 4K videos while the main camera is the same one its larger sibling has.

The Samsung Galaxy S10e on the other hand arrives with a flat screen, but still a Dynamic AMOLED one, 5.8 inches in size and 19:9 aspect ratio, certified for HDR10+ support. This model doesn’t have an in-display fingerprint reader though, opting for a side-panel one instead, and is all glass and metal.

On the back, you’ll find a 12MP main camera and a 16MP ultra-wide shooter. The selfie snapper is the same 10MP/4K combination as the other two models.

The S10e comes in 6GB/128GB and 8GB/256GB options, with a Snapdragon 855 by the way, and has a 3,100mAh battery that benefits from wireless charging and Wireless PowerShare.

*The article has been updated with the Samsung S10 phone prices.