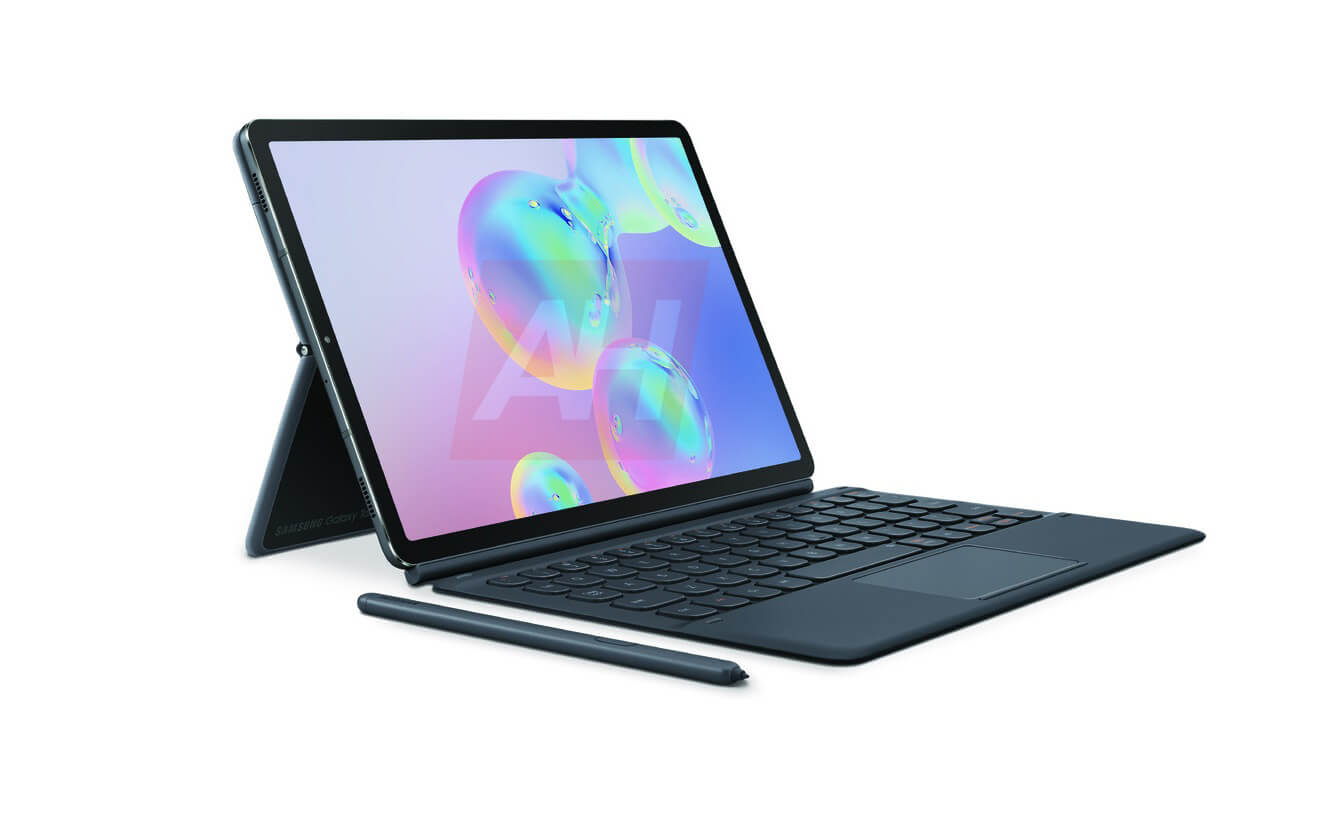 The Samsung Galaxy Tab S6 has not even been announced to begin with and yet we already have some pretty clear leaks on our hands in the form of official-looking press renders.

The images confirm a number of the features that have previously been looked at simply as speculation but there’s also some extra information that we can take from them.

To begin with, some of you might see the Tab S6 is similar in design with the Tab S5e but when you look closely, you’ll spot a few differences. 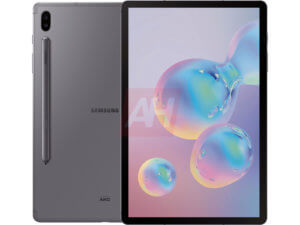 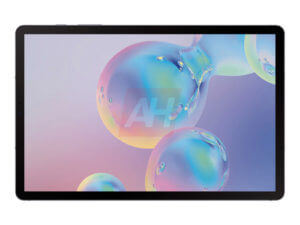 On the back, the tablet hosts a dual camera setup fitted in the upper-left corner, for one thing – the Tab S5e only featured one camera that was placed in the center. Reportedly, the camera setup is comprised of a 13MP main sensor and a 5MP wide-angle combination.

It is unclear if the cameras will feature a Time-of-Flight sensor at this time.

Under the cameras we can notice the slot that will hold the S Pen, which also allegedly doubles as a charging spot that will juice up the pen while it stays attached to the tablet. 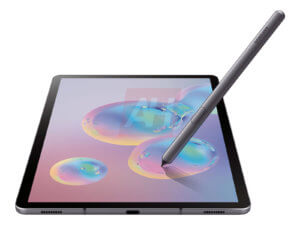 The pen in itself also looks like it went through a bit of a redesign: there’s no metal ring in sight anywhere but it looks like it has gained a top cap instead. The pen is expected to be Bluetooth-enabled as well.

While we gained a few things with the S Pen, we might have lost others – the images give us a pretty clear view of the device from all sides but there’s not a headphone jack in sight anywhere. All we can see are four speakers, two at the bottom and two at the top, and an USB Type-C port. 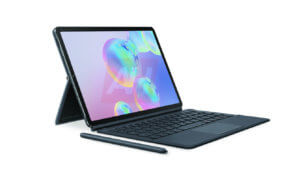 One of the images also shows the Galaxy Tab S6 paired up with a keyboard – most likely, it will be an accessory that will only be available for purchase separately.

The renders also tell us that the tablet will arrive in at least three colors: Blue, Grey and Pink. 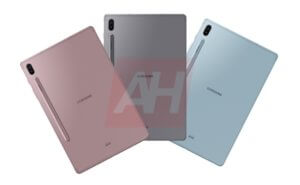 Other than that, there’s nothing much we can tell you on the hardware side. Previous rumors have said that the tablet will have a 10.5 inch display and will feature a Snapdragon 855 chipset but again – don’t take our word for it.

Now that the press renders are out, we’ll most likely hear more about the Galaxy Tab S6 sometime next week and when we do, we’ll let you know.