Samsung Just Went Ahead And Gave Us A Bixby Speaker 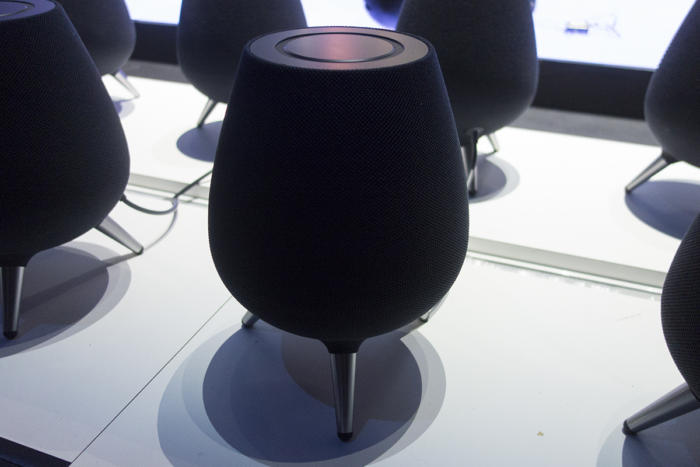 Well, it’s actually named the Galaxy Home, guys, but I’m sure everyone will call it Bixby anyway.

It was revealed during Samsung’s Unpacked event which also gave us the Galaxy Note 9 and the Galaxy Watch. Samsung was not very generous with details concerning the device, so we might have to wait for a little longer to get extra information.

If you look at it closely, you’ll see that the device is covered in a mesh fabric and has an egg-like shape that cuts at the top. It stands on three legs and on the flat top you’ll find control buttons for track skipping and volume. The design is somewhat unique in the smart speaker market, making me think of a cartoon-y alien spaceship…which is a great thing, as far as I’m concerned.

According to Samsung, the Galaxy Home will have omnidirectional speakers tuned by AKG and far-field microphones to support the voice interaction one would expect from a smart speaker. Samsung implied that it will be able to do the same things Bixby can do on a phone, but didn’t go into details.

Galaxy Home will enter an already crowded market though, so unless it has something that makes it stand out among the Alexa and the Google Assistant-enabled devices out there,  it is going to have trouble gathering fans.

If we don’t see it at IFA Berlin this year, unlike the Galaxy Watch and the Note 9, we might be able to watch it in action at the Developers Conference in November.