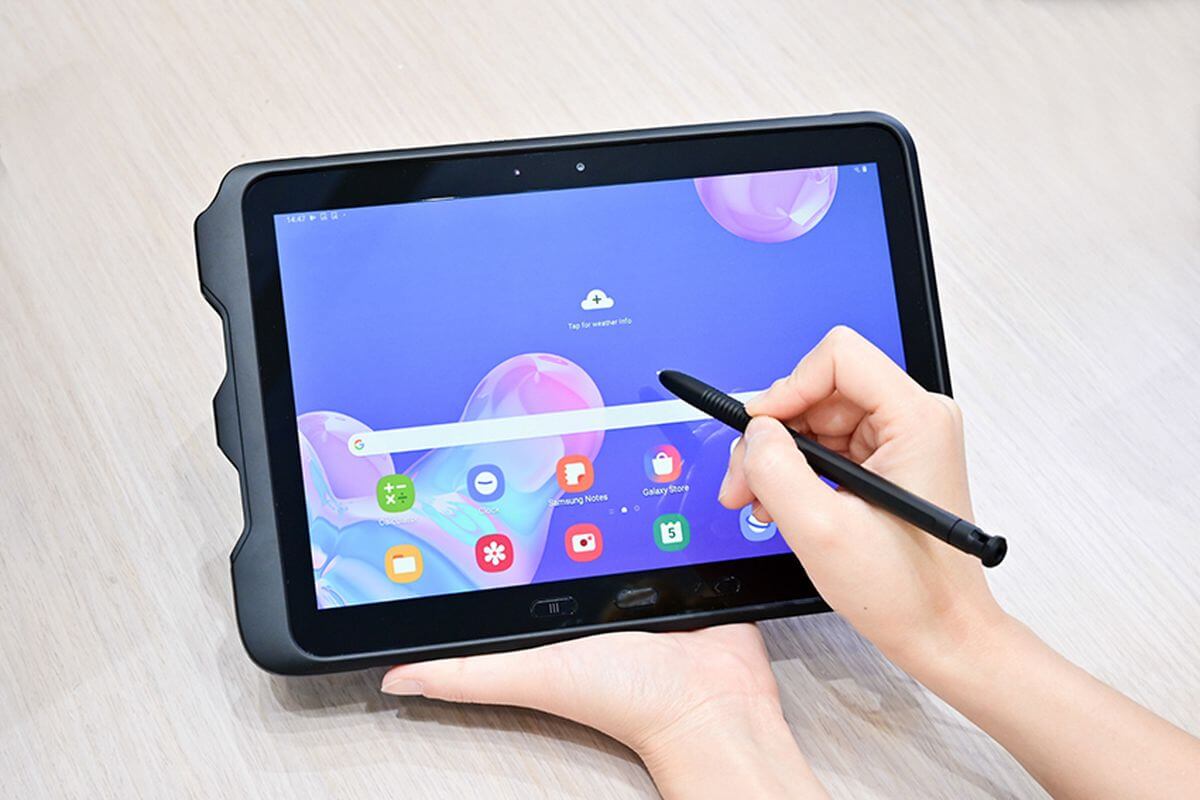 Among the features introduced by Samsung on the tablet we can count support for DeX, a novelty for this category of products.

The Galaxy Tab Active Pro has a cover that offers protection against water, dust, drops, bumps and extreme temperatures, so it comes with IP68 and MIL-STD-810G certifications.

The 10.1 inch touch screen with WUXGA resolution (1920 × 1200 pixels) also works with work gloves, provided they are not too thick. Hardware-wise, we’ll find the Snapdragon 670 core octa processor under the hood, 4 GB of RAM and 64 GB of storage, expandable via microSD cards to up to 512 GB.

The tablet has a 7,600mAh battery that can last for around 15 hours and can be easily replaced by removing the rear panel.

The three physical buttons (recent, home and back) are positioned on the horizontal and that is how Samsung suggests the users to operate the device. Along the left side you can find a housing for the S Pen. The operating system is Android 9 Pie.

The two rear and front cameras have 13MP and 8MP sensors. There is a fingerprint reader present as well.

Connectivity-wise, the tablet features 802.11ac WiFi, Bluetooth 5.0, GPS, NFC and LTE modules. An USB 3.1 Type-C port, a programmable button and pogo pins that can be used to connect accessories also make an appearance.

By connecting the Keyboard Cover (which is sold separately, of course) to the magnetic pins you can take advantage of the Samsung DeX feature to turn your tablet into a PC.