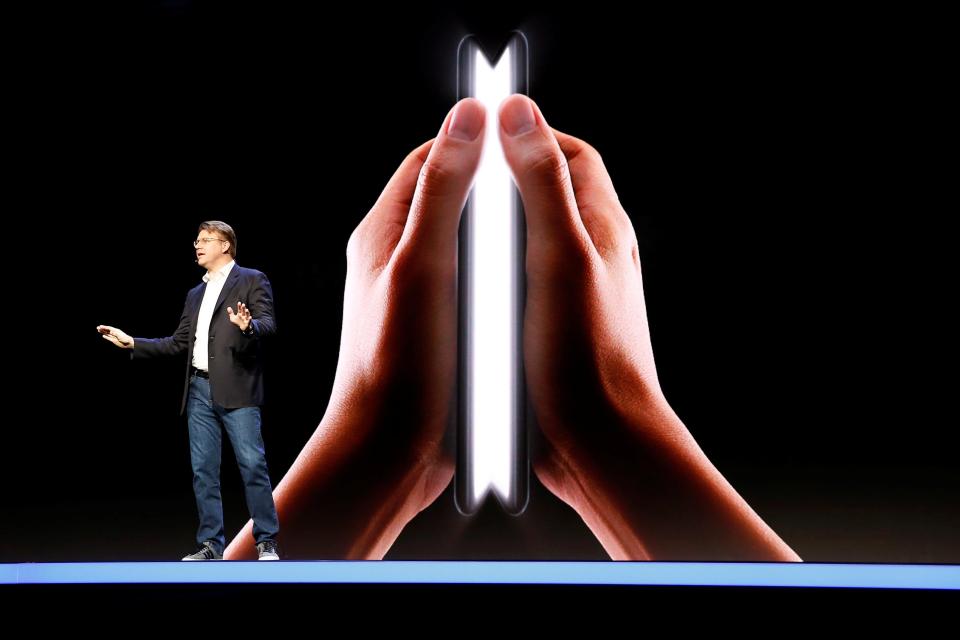 The South Korean giant unveiled its much-anticipated foldable phone on stage, during a San Francisco event. Neither the media nor the developers got the chance to see it up close or touch it.

The device, when unfolded, looks like a 7.3-inch tablet and when closed, it shows two functional displays. According to Samsung, it’s perfectly capable of running three apps at once. 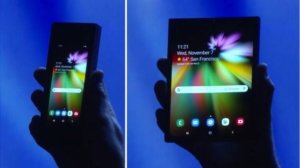 Samsung was tight-lipped about anything else regarding the phone; the view to the device on stage was obscured and there was no word on what name the phone will be eventually released under. What we do know is that the phone is promised to be ready for the market in the next few months.

We’ve known for quite some time Samsung was planning a foldable phone, but we never knew when exactly it would launch. The general consensus has always been that either Samsung or LG will be the first companies to bring on the very first foldable screen phone to the public.

But they have both been beaten to the market by Chinese display making start-up Royole, which revealed just last week what has been dubbed the ‘world’s first foldable Android phone‘.

The Royole announcement might have pushed Samsung into action, as the South Korean firm has not been performing so well over the last year, with market shares dropping from 22.1% to 20.3% as it faced increasingly more competition from rivals like Huawei.

If Samsung’s flexible phone does prove to be functional, the device could have the potential to strengthen Samsung’s position on the market.