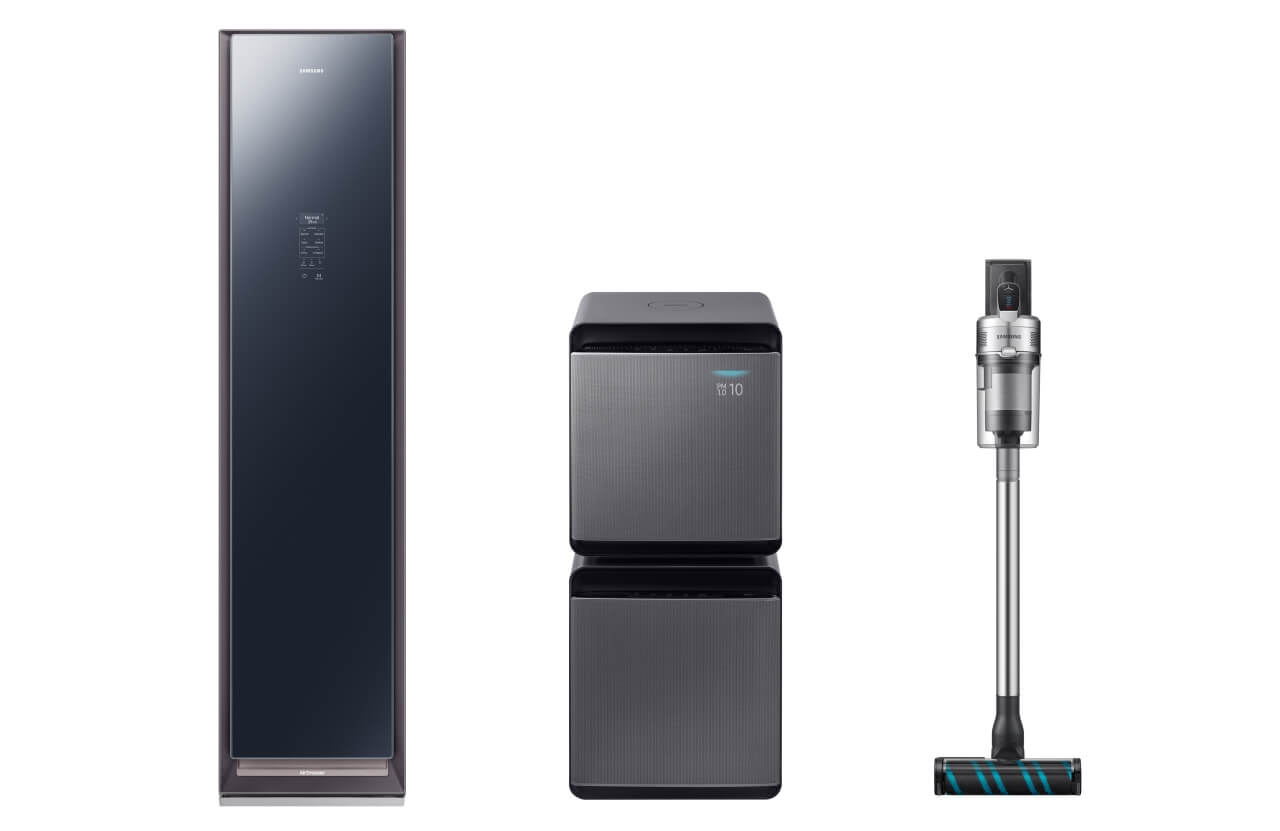 IFA is not just about smartphones – the event is host to a large number of other type of tech innovations and those created for the household also make an appearance. One of the most well-known names in the tech industry is Samsung and they too, plan to bring some tech pieces to the IFA stage, to introduce to the homes of the future.

The company just announced that it will showcase ‘purification solutions’ during the event: a clothing purification wardrobe dubbed “Air Dresser”, a cordless vacuum cleaned called “Jet” as well as a windless air purifier dubbed “Cube”. Apparently, before coming up with the idea for these products, Samsung first surveyed the European consumers to see what bits they find most important when it comes to clothing maintenance – one of the main issues was related to unpleasant smells relating to their clothes.

With that in mind, Samsung created the Air Dresser that features an ‘air wash’ function which blows the dust away via gusts of air. This product will launch in Europe in the fourth quarter of 2019 and it will be first introduced to the U.K.

Then, there’s the cordless vacuum which has a ‘turbo action brush’ function, which spins its brush 3,750 times a minute, as well as a five-layer filter that can sweep up pretty much all allergy triggers like dust, pollen and mold.

The Jet will launch at the same time with the Air Dresser but in 13 European countries for starters and will spread out from there.

Last, but not least, the Cube air purifier can remove fine dust that is made out of 0.3 micron particles with its filter. It has a modular design, barely produces any noise at all and, thanks to its 60,000 micro holes, it’s completely windless.

The Cube will see a September launch in Poland and will become available to other countries from there on.