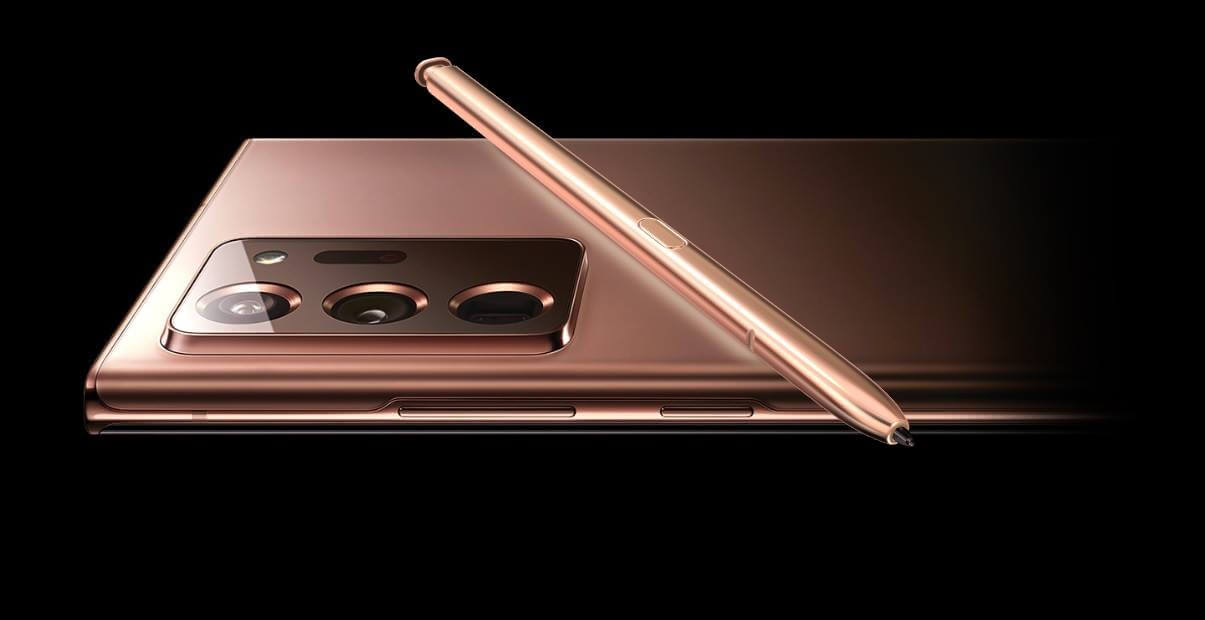 The Samsung Galaxy Note 20 And Note 20 Ultra are one of the most awaited products from the Korean tech giant. With an ever-growing ecosystem, Samsung wants to focus on these two devices to transform them into a portable office, that meets the needs of productivity, but that’s also as powerful as a gaming console.

The Galaxy Note 20, and Note 20 Ultra, were presented today as a communion between work and play. Powerful enough to run games but also reliable in business-oriented tasks.

With this philosophy in mind, the two devices proposed a marriage between the two daily activities, designed from the ground up to meet the need of the user. Samsung focused on the blurring division between work and play, wanting the two phones to meet the user needs for a phone that offers raw power, top of the line specs, accessibility for any medium, and a big screen.

The displays on the Note line are very important for Samsung and the customer, and there’s a clear difference between the two models. As the Galaxy Note 20 sports a 6.7″ flat screen, the Note 20 Ultra proposes the biggest screen ever on a Note phone. A 6.9″ edged dynamic AMOLED 2X display, that, according to Samsung, is the most vivid that the company has ever put into a phone.

Samsung also noted that the displays on the Ultra have now a 25% increase in visibility in direct sunlight, and the phone will have a 120 Hz display, citing user feedback as the decisive factor. To protect the display, the Galaxy Note 20 and the Note 20 Ultra make use of the latest Corning Gorilla Glass tech, and according to the event, the Corning Gorilla Glass Victus is the toughest yet.

To help with day to day power use, Samsung implemented in the Galaxy Note 20 and the Note 20 Ultra, what the company calls All-Day Intelligent Battery System. A peculiarity geared towards active users that, among other improvements, offers a 50% charge in 30 minutes. There is also some good news for Microsoft OneNote, as the new Note Line can now sync Note Apps with Microsoft’s platform.

According to The Verge, the sync can go only one way, and the user only gets OneNote files inside the Samsung Notes app. It’s a small drawback, but it provides access to Outlook, Microsoft To-Do, and Teams. Cameras were also a focal point during the event.

Sounding off with the Galaxy Note 20, the phone comes with a 12MP / F2.2 Ultra-Wide Camera, a 108MP/ F1.8 Wide-Angle Camera, and a 12MP / F3.0 (5X) Telephoto Camera. The Korean tech giant stated that this camera arrangement on the Galaxy Note 20 is the biggest leap for Samsung in Low Light Photography, and showed off what the new Night Mode can do. With the tag line: Sustainable Premium, Samsung wants the Note 20 to be a standard of long-lasting elegance that is neither trendy nor fleeting.

With this concept in mind, Samsung wanted the Galaxy Note 20 and the Note 20 Ultra to feel the same, almost look the same, but have different qualities to them. In the case of the Note20 Ultra, the glass on the back was etched to create a satin finish. As for the Note20, the company applied a special coating of reinforced polycarbonate to better protect the phone.

One of the most used features on the Note line is the S Pen. Taking notes, creating works of digital art, or just executing complex tasks, the S Pen just worked in a business-oriented environment. Samsung wants in this generation to make the S Pen more useful, more powerful, and a next-gen tool for your phone. The new iteration of the S Pen includes all the advanced features from the past and some small surprises for power users and artists. Latency is addressed in this iteration, the new S Pen predicting what kind of action the user will make, and connecting the dots before the pen even reaches the point.

Combined with the 120Hz form the Note20 Ultra, this new S Pen is capable of a 9 ms response time.