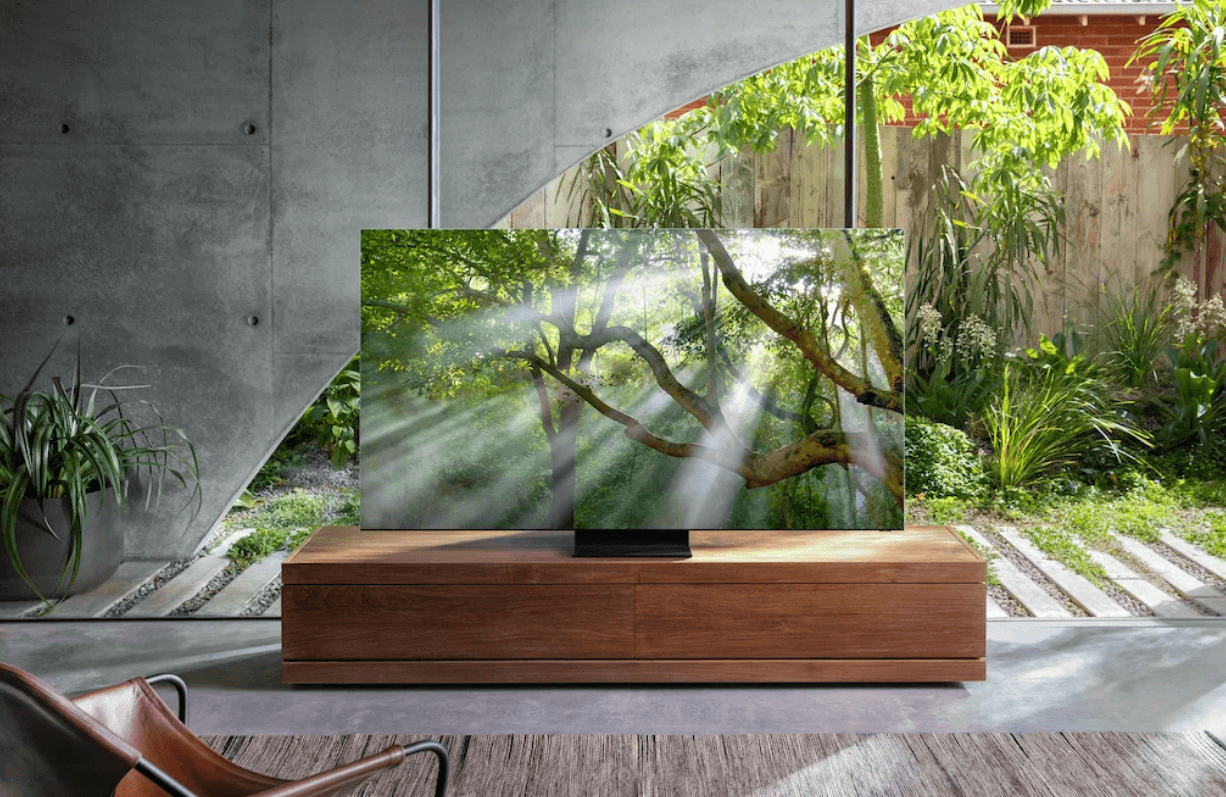 Samsung, the biggest TV manufacturer worldwide is coming up with something exciting at this year’s edition of CES in terms of QLED TV.

Its 2020 TV, the bezel-less Q950TS features a superthin frame around the picture, making it look like a projector. This is not exactly a surprise, as the company confirmed the set is 99% picture compared to 95% which the TVs usually had until now.

Due to the lack of bezels, the picture on the TV seems like a disembodied moving image. The moving image is being illustrated on a very bright TV with amazing color reproduction.

By giving up the black matrix around the edge of the panel, the picture fits right up to the metallic edge, and that is how the company achieved the 2.3mm bezel. The system houses a full-array local dimming (FALD) LED backlight, while the TV itself is only 15mm deep.

The Q950 features Samsung’s next-generation Quantum Processor 8K with AI-based capabilities to support any content to 8K. The company is also negotiating with YouTube to allow for streaming native 8K content on the TV. The

Samsung Q950TS 8K QLED TV is being unveiled at Samsung’s CES booth, where, hopefully, we’ll get information regarding its pricing and availability.