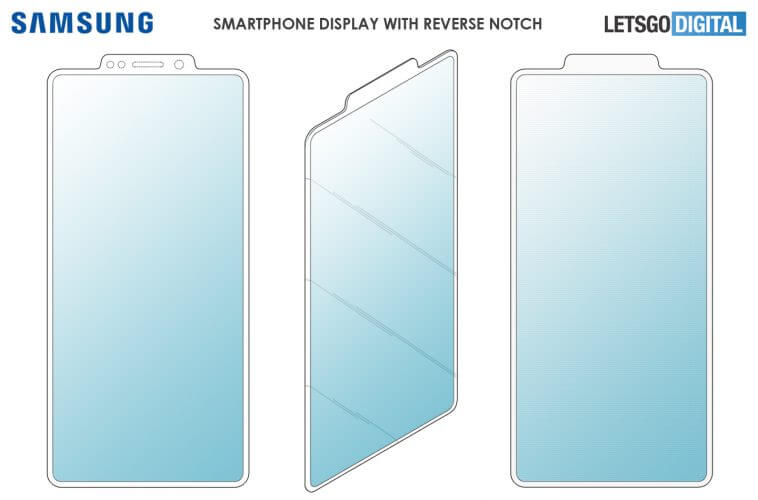 Not a lot of people were happy when the notch made an appearance: many users absolutely loathed it and even more complained it sticks like a sore thumb, ruining the design of the smartphones.

Some smartphone companies went to work to make the notch as minimal as possible while others tried to lose it altogether. Some results were great, others… not so great. The fact remains that the notch is still a subject of debate among smartphone users and the companies who manufacture them are still coming up with more or less inventive alternatives.

One of such companies is Samsung which, about a year or so ago, filed a patent with the Korean Intellectual Property Office (KIPO) for a Samsung Display. This patent has only now been made public and the description that accompanies it is quite brief:

So what we’re looking at is a way Samsung figured might maximize the size of the screen – by placing the notch above the display itself. The notch would host a front camera, a speaker and about two sensors, so there’s quite a bit of real estate.

We’ve seen smartphones with double notches but none with a reverse notch so far. Some manufacturers have decided that it’s time to give up on the notch argument once and for all and are working on phones with cameras set under the display instead.

The reverse notch is not the most stylish of designs, I think everyone can agree on that but if Samsung does ever decide to go ahead with it, we’re all going to be pretty curious about why they’d choose to go this route.

Until then, as is the case with all patents, take this info with a grain of salt.