It’s not easy to create a soundbar that puts to shame most speaker systems out there. But Sennheiser did it! Their Ambeo Soundbar, hinted at CES this year, unveiled properly at IFA Berlin, at the end of August. We got the chance to talk with the team about the qualities that makes this one audio device more powerful than entire sound systems!

A master of sound, Sennheiser didn’t cut corners when it came to its first soundbar. We were told the company combined 13 Neumann-designed drivers and their own virtualization technology to throw viewers in the middle of the action.

That decision made it “possible to position 10 speakers virtually above you and behind you”, said Maximilian Voigt, Product Manager at Sennheiser. 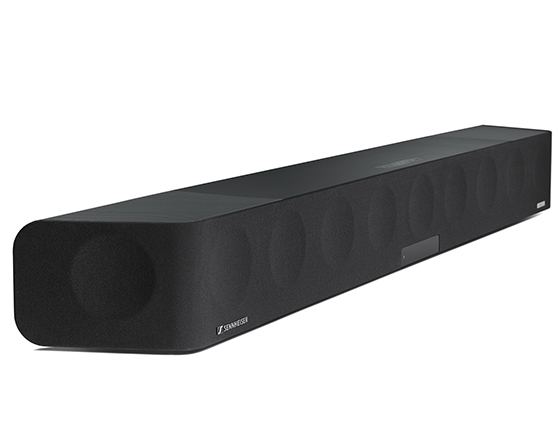 Once the soundbar was on, we got the feeling of 3D surround sound, even though it came from one box, not multiple speakers.

And we didn’t even get to the best part. The bass, the feature you’ll love if you get to test the device in a store or purchase it. Without a subwoofer, the Ambeo Soundbar is capable of going as low as 30hz!

What type of content will you be able to enjoy with this soundbar? Any audio, whether it’s from a concert or a movie, in DTS:X format, MPEG-H or Dolby Atmos.

The price is a bit steep, let me be honest with you. We don’t have the exact number, but the soundbar should sell for at least $2,000. Thankfully, there’s still time to consider if it’s a wise investment or not, since Sennheiser will start shipping it in early 2019.

One thing is sure: it totally won us over.