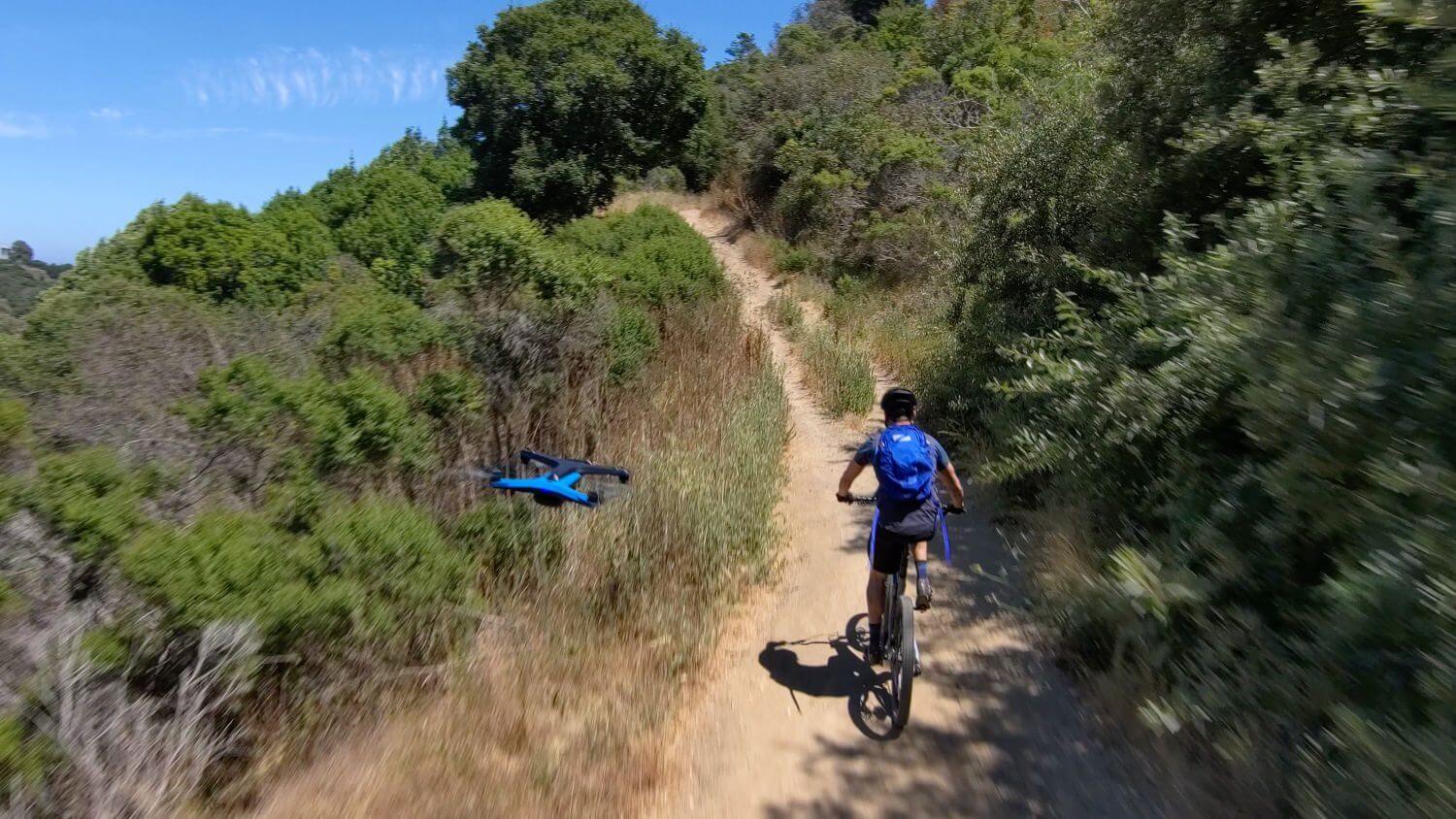 If you are a snowboarder, mountain biker, skateboarder, climber or trail runner who wants to showcase their adventures, there is a new way to add a new point of view to your videos: Skydio’s new drone.

The second generation Skydio 2 retains the main ability of the original model, namely to avoid obstacles on its own without giving up on recording for one moment.

The drone features better navigation over its predecessor as well as better controls, speed, autonomy, video quality and, perhaps more importantly, a better price of $1,000 instead of the $2,500 last year’s model featured.

The interest in drones that exploded at the start of the decade has somewhat subsided when most people realized they didn’t really need an expensive flying camera. But some are still interested in capturing extreme moments, and many of them buy a GoPro for this reason.

This is where the Skydio drone fits: it gives a wider perspective that cannot be achieved with just a GoPro connected to the handlebar or helmet.

The Skydio 2 shoots videos with a 20mm equivalent camera stabilized with a three-axis gimbal, but it also has a fisheye camera for navigation only.

The strength of this new model is that it uses six 4K video cameras with 45 megapixel sensors and has a viewing angle of 200 degrees. In a way, you could even call it a “flying film crew”. Its quite fast too, as it moves at speeds of up to 60 km per hour.

The data is processed by the Nvidia Tegra X2 which runs an artificial intelligence software for scene processing. By understanding the surrounding environment, the drone can trace a path around the buildings and through the trees of a forest while following the designated subject.

The lower price brings Skydio within the reach of all drone enthusiasts, while its technology “removes the stress and fear of crashing,” as CEO and co-founder Adam Bry has said in a press release.

Skydio 2’s appearance also means that the company has decided to challenge the drone giant DJI , whose Spark, Mavic, Phantom and Inspire lines range from casual selfie drones to high-end movie machines. But the company believes that the drone’s AI-powered processing will give it an advantage on the market.

Skydio R2 should be available for shipments starting November. The quantities will be limited until Skydio decides to start a production line. As was the case with last year’s drone, it is possible to pilot the Skydio 2 with an Android or iPhone phone. However, the new model also gets two new controllers, each of which costs $150.

Those who have tried Skydio 2 consider it also excellent for drone beginners.

The drone can be moved in any direction and, by pressing the arrow buttons, the users can move it farther or closer to themselves or the subject it is following. Skydio 2’s autonomous abilities allow you to fly between trees or walls without the pilots ever having to worry about an accident.

As of today, you will now be able to reserve the Skydio 2 directly from the Skydio website, for $100.