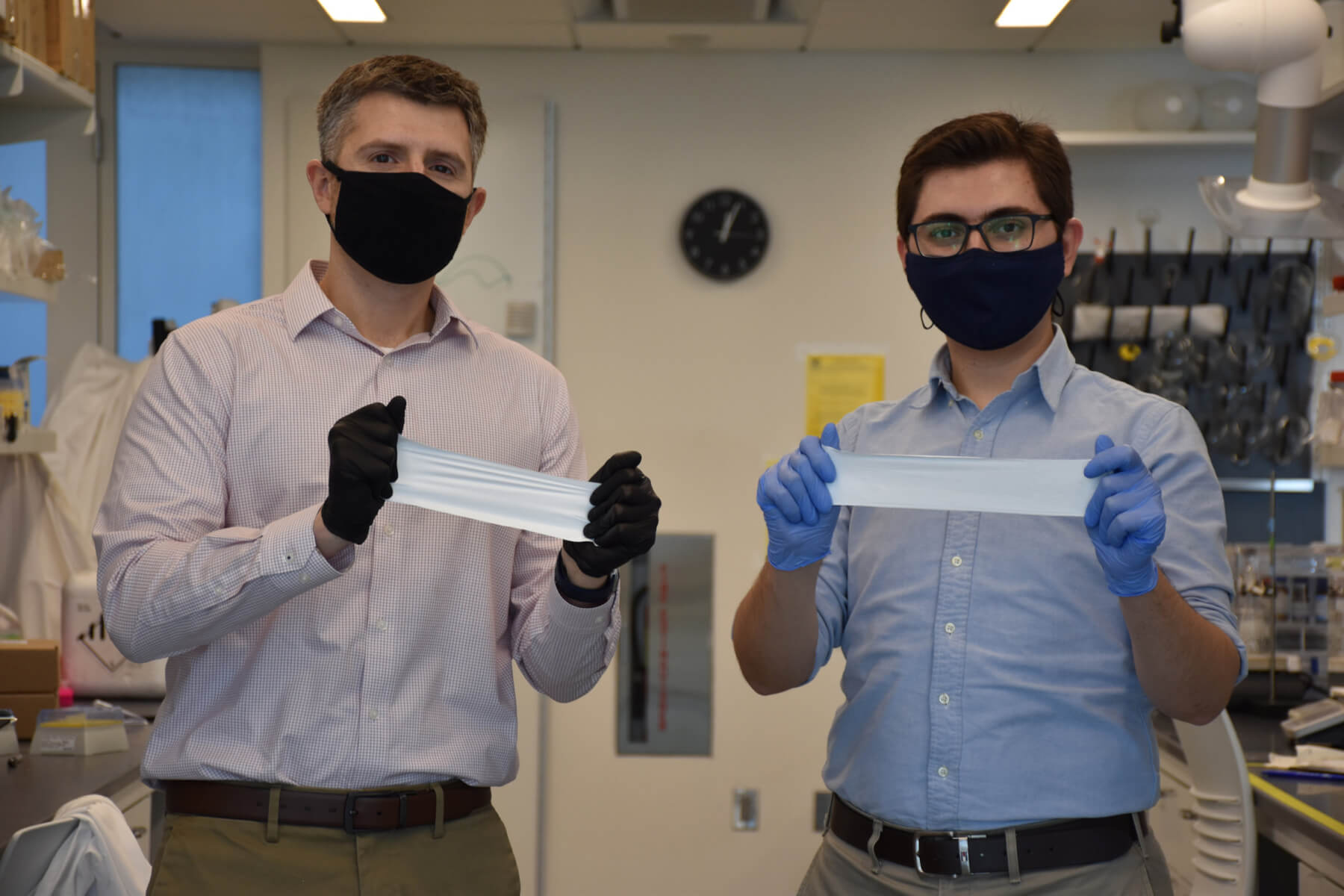 University of Rhode Island Assistant Professor Daniel Roxbury and former URI graduate student Mohammad Moein Safaee had the idea to embed nanosensors in the fibers of a bandage, nanosensors that can identify infections in a wound by detecting hydrogen peroxyde.

As this report says, nanotubes are not new, but the challenge has been to embed them in something that could let them remain sensitive to their surroundings.

“The microfibers that encapsulate the carbon nanotubes accomplish both of these tasks. The nanotubes do not leach from the material, yet they stay sensitive to hydrogen peroxide within the wounds,” said Roxbury, the professor at URI’s College of Engineering.

“Professor Roxbury was very supportive of the idea of designing wearable technologies based on carbon nanotubes and I was excited to take the lead on the project,” said Safaee, his former student.

How exactly does the smart bandage work?

The nanotubes are monitored by a miniaturized wearable device, which then transmits that information to a smartphone or a healthcare provider.

We designed and optimized a microfabrication process to precisely place nanosensors inside the individual fibers of a textile. We utilized cutting-edge microscopes to study the structure of the materials that we produced. I also utilized a home-built, near-infrared spectrometer to optimize the optical features of the textiles,” said Safaee.

If their research progresses at a satisfactory pace, they’ll soon move to ‘in vivo’ testing in mice.

You can read more about their work here.