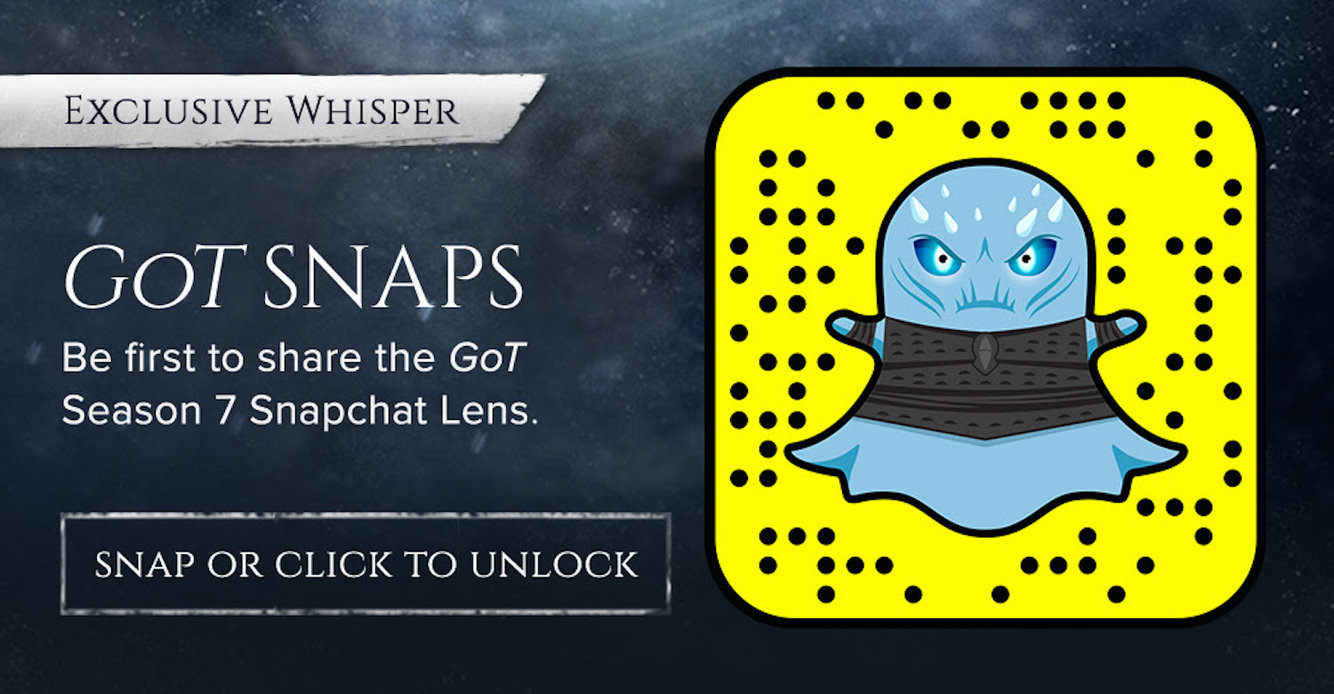 Snapchat, famous for its disappearing message social media platform, is using its technology in an innovative way. Working together with HBO, the two companies are promoting Game of Thrones’ newest season at SXSW by using Augmented Reality.

Game of Thrones set up a medieval style area for visitors. This area was draped with banners, each depicting a character from the series covered in blood or wounds. When scanned with Snapchat’s AR Marker tool, the characters become spattered in blood, really playing into the theme “Bleed for the Throne.”

In another Game of Thrones-themed exhibit, if a map is scanned, it turns to fire on Snapchat. Apparently, each visitor to these exhibits also got a pin that, when scanned, also caught fire.

This is not the first time Snapchat and HBO have teamed up to promote a new Game of Thrones season. Before season 7 in 2017, Snapchat added a Winter themed filter.