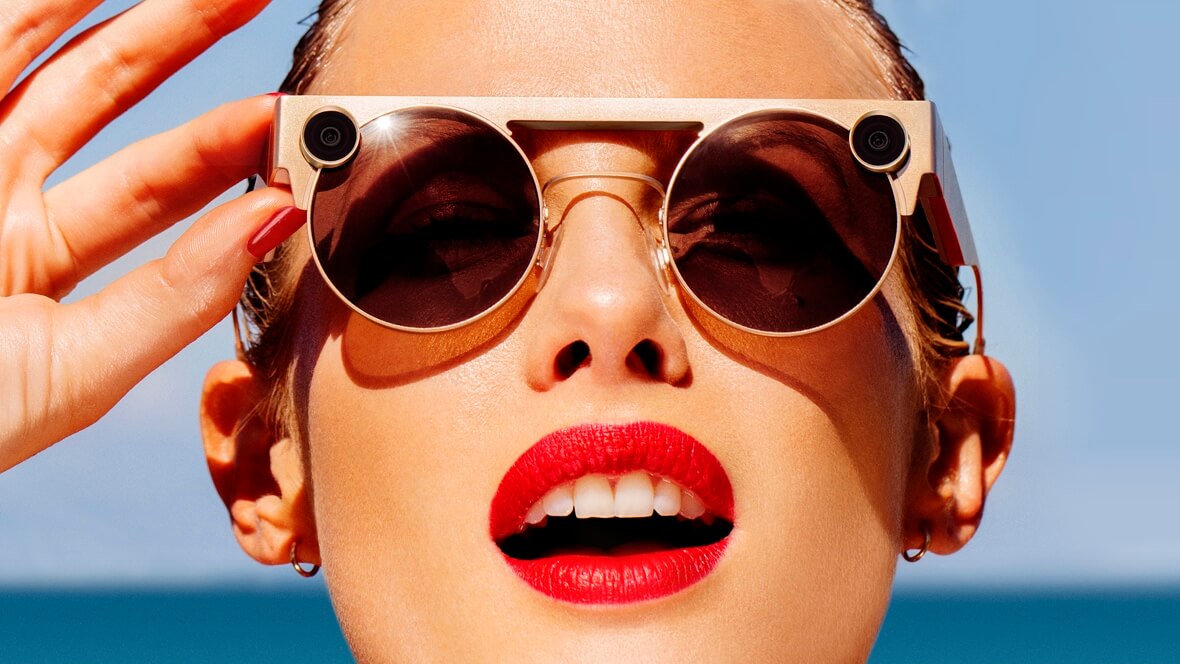 Snapchat first introduced the Spectacles to the public in 2016 but the original pair did have all the capabilities of the one today – back then, all it could do was record brief videos that the users could then upload online. And between you and me, they didn’t look all that great.

The new pair however has a more fresh look and they actually resemble a regular pair of sunglasses. They’re lightweight and created from a single sheet of stainless steel.

One other major difference between the third generation Spectacles and the original is that they feature HD camera lenses near the hinges. These cameras will allow the wearer to have fun with 3D filters, effects and lenses directly via the glasses. The photos they’ll take via the Spectacles can be viewed again but will also be automatically synced to their phone.

Why two cameras? Because the addition of a second will add more depth to the footage, bringing the images much closer to the way the human eye perceives the world.

The cameras are capable of recording 3D footage at 60fps and have 4GB of storage, which means you could store about 100 videos or around 1,200 photos on them easily.

The glasses come in Cobalt (black) and Mineral (rose gold) color options and will also have a charging case in the bundle. The case can store about four full charges in.

They will go on sale in November, with a price tag of $380, which means they will be about twice as expensive as their predecessor. Snapchat executives said that this new version is more high-end and is designed to appeal to the more ‘avant-garde’ creatives out there.