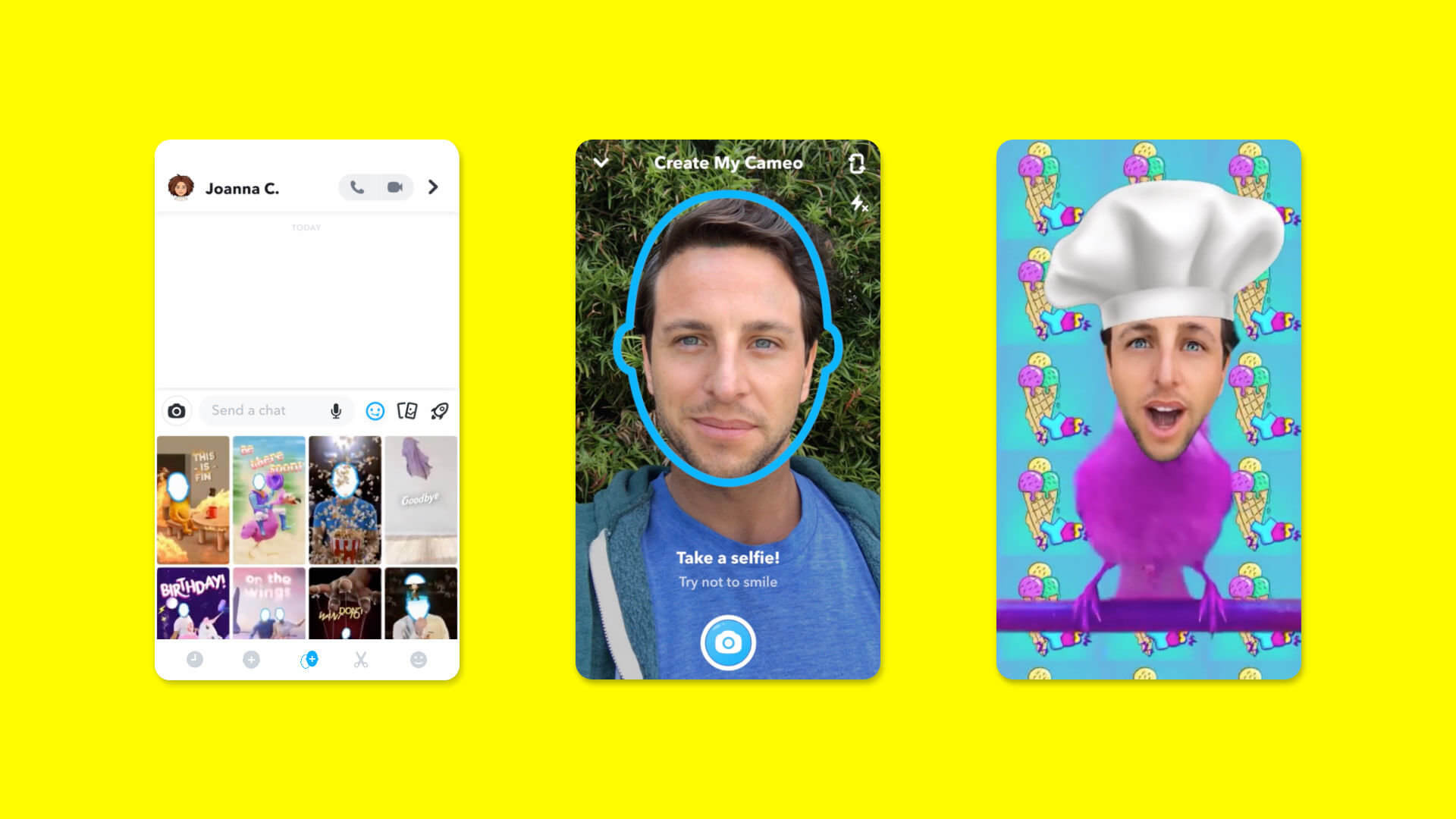 Snapchat is back with a new feature that’s surely going to go viral once it launches worldwide.

The Snapchat Cameos are a way to basically try deepfake tech, as they’ll let you put your selfies into very convincing videos.

Some filter makers on Instagram already release premium AR filters that make you the star of videos but no major social platform actually had a dedicated feature so far.

Here’s some images from the new Snapchat Cameo feature.
Looks like it’s only available in France right now but it’s takes an AR version of your face and lets you apply it to a bunch of different activities.
Sort of a loose deep fake for Snap. Kind of. pic.twitter.com/LDReLqGCRV

You take a selfie and pick a body type, then Snapchat will animate everything and turn it into a GIF.

As of now, there is a small selection of currently pre-made GIFs but they look quite a bit more shareable than Animojis.

Snapchat Cameos are tested in some countries like France and Snap says they’ll release worldwide “soon”.