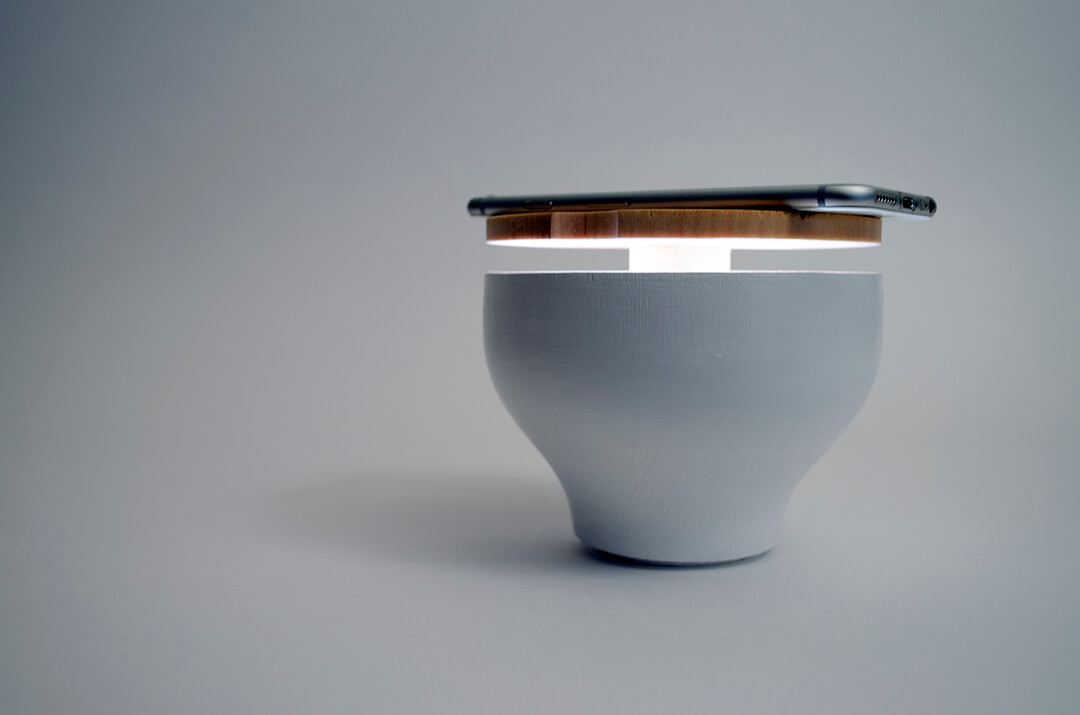 You haven’t seen your friends for a while now and you’re beyond happy to bring them altogether for a late dinner. But all they do is type away on their smartphones. Sounds familiar? Now there’s a gadget that can stop their nasty habit: Socialight #objectmagic

Kevin Cook, a Products of Design student at School of Visual Arts in New York, came up with the minimalist gadget. The idea is so simple, you’ll feel bad for not having thought of it before. His creation, Socialight, is a phone-activated table lamp. It’s “inspired by phone tower, a game played by restaurant goers where phones are stacked on top of each other and the first person to grab their device has to pay for the meal. Similar to phone tower, Socialight’s consequence for removing your phone is darkness, further emphasizing the taboo.”

How does it work? Well, a built-in magnetometer detects the phone’s electromagnetic field and uses it to power up the lamp, lighting the surface of the table. The moment it’s removed, you’re once more forced to eat and drink in pitch black. All you have to tell your friends is that at least one of their phones is needed to make the dinner at your place possible. Of course, you can be met with a blunt refusal, but hopefully they will realize that their habit is annoying you beyond words.

Phubbing is already a phenomenon, in case you’re wondering. Turns out that 46 percent of people in romantic relationships have been ‘phubbed. People have become so addicted to their phones that snubbing their friends in favor of scrolling down on Instagram is a daily occurrence now. If you’re reluctant to be honest with them, Socialight might be a solution.

That said, David Cook hasn’t put his gadget on the market yet. Until that happens, he advises designers like him ” to create distraction free spaces for deep connection that elicit joy, not restriction.”