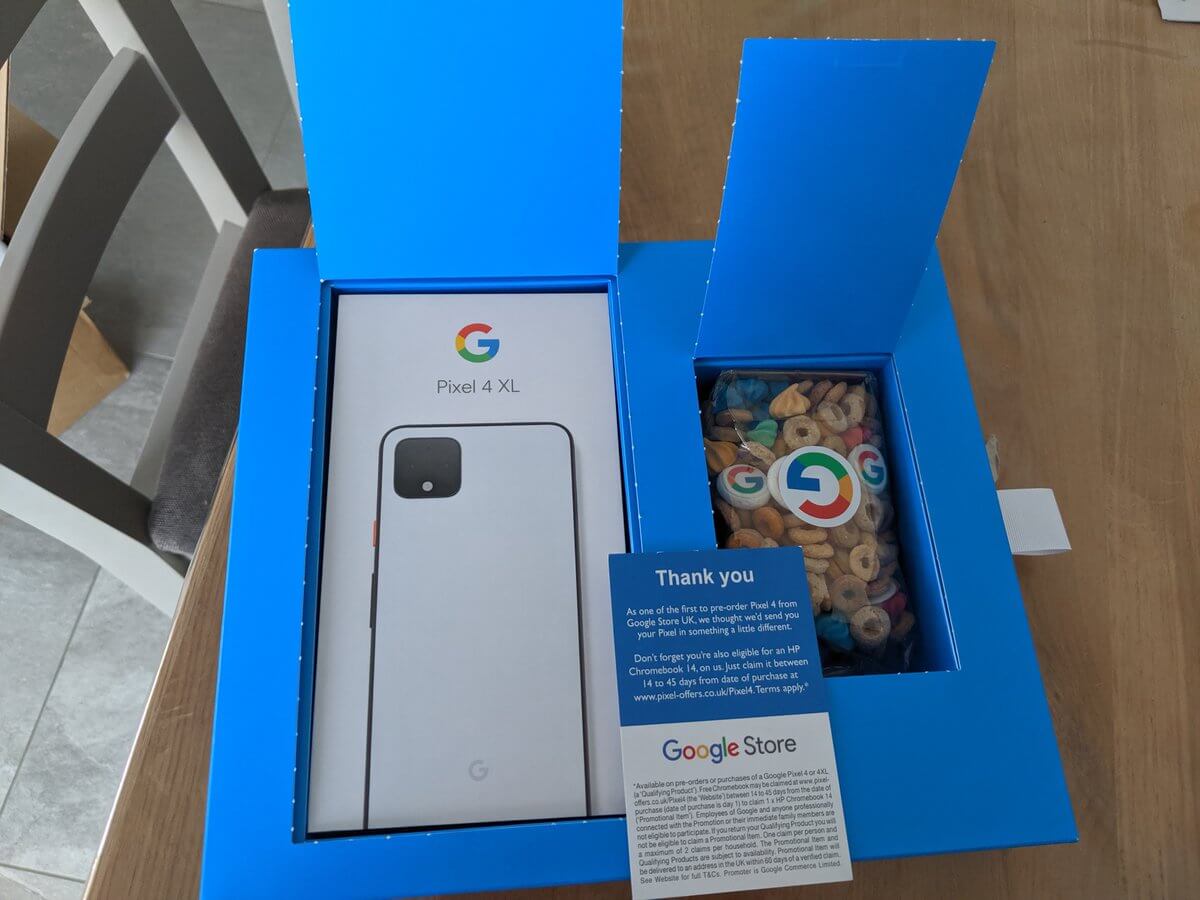 While the Google Pixel 4 leaked left and right before the official announcement, it seems that Google still had a few surprises up its sleeve: somewhere at the PR table, at some point, someone decided it was a good idea to send out some Pixel 4 pre-orders in cereal boxes, alongside actual cereal too.

Did not expect the Pixel 4 to come in a cereal box! pic.twitter.com/aVyhvfiq5U

The box is the size we’ve all come to expect from cereal boxes and contains the regular Pixel 4 retail box inside. However, next to it, the Pixel 4 owners also received a bag of cereal with marshmallows baring the Google logo. A card thanks the customer for their early purchase is also included.

The cereal box itself it something out of a cartoon: the cereal depicted on it is shaped like small cubes and the box art advertises what the ‘cereal’ is all about, including a ‘brilliant camera’,  ‘quick gestures’ and ‘unlimited online storage with Google Photos’.

So far, 2,000 users from the U.K who have pre-ordered the phone received it in the cereal box and it’s unknown at this time if those in the United States and other places in the world will receive the same treatment. It might be that the cereal box is an U.K exclusive and that the U.S will benefit from a different promotional stunt. We’ll have to wait and see.