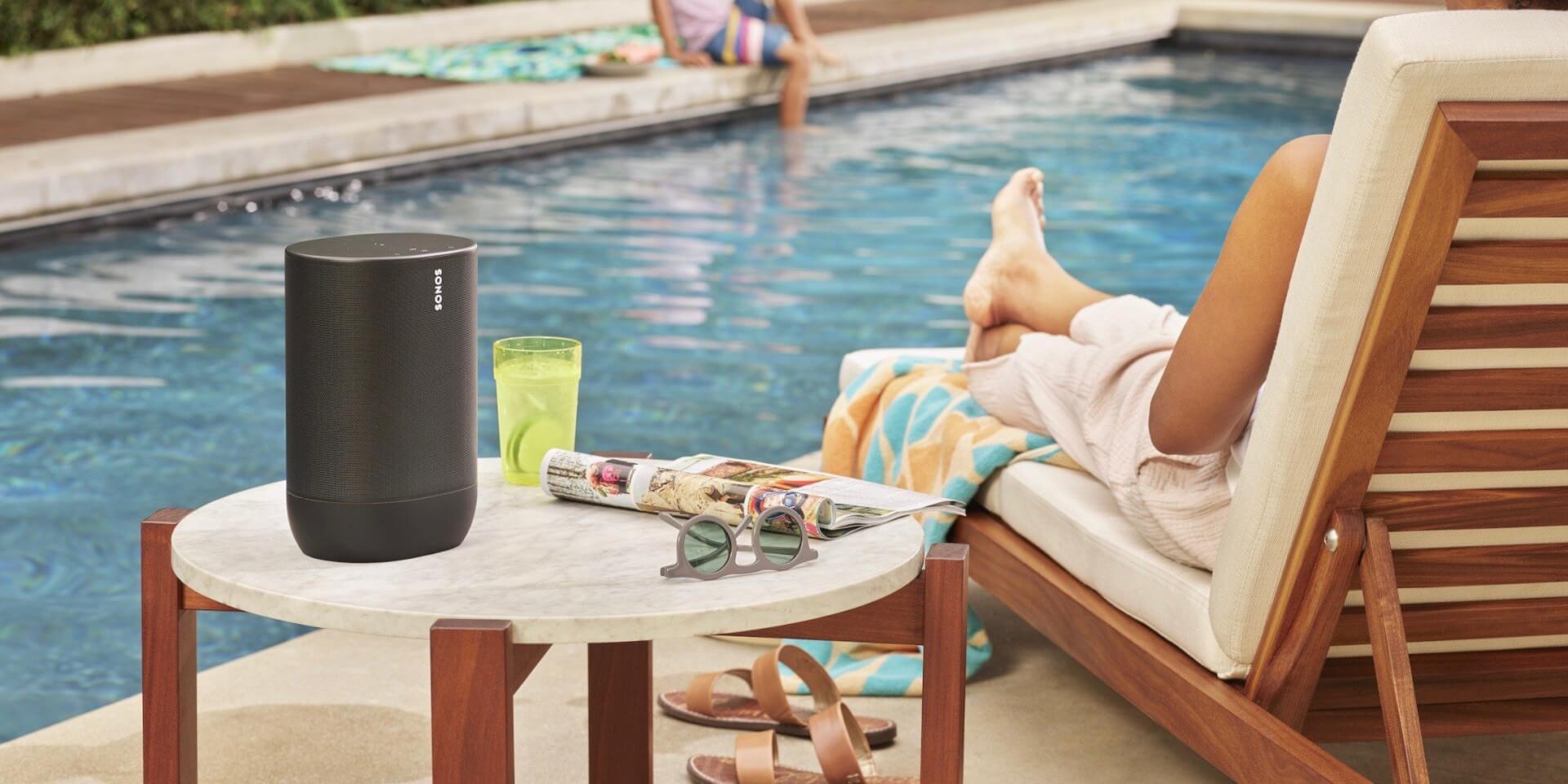 Sonos has now unveiled its very first Bluetooth portable speaker, dubbed ‘Move’ and has even made it readily available for preorder.

Sonos describes its product as “a powerful, versatile smart speaker that sounds incredible indoors, outdoors, and on the go” which “represents the best of the Sonos software platform and ecosystem of partners“.

So, what makes this Bluetooth speaker special?

To begin with, it has a sleek, minimalist design that arrives in shadow-black but it’s not all about the looks: according to Sonos, the product is actually more solid than you’d be led to believe. Its exterior is very durable and can put up with falls and bumps as well as rain, moisture, dust, dirt, UV and extreme temperatures, thanks to an IP56 rating.

According to Sonos, they even managed to crack a concrete slab with the device during one of its drop tests – it’s not hard to believe, considering the device actually weighs around 3Kg. However, it’s worth mentioning that the Move came out unscathed. The company tested it with a number of substances including water shots, suncream, vaseline, vinegar, makeup and even bug spray to make sure it will perform up to standards wherever the owners might decide to take it and whatever obstacles the unit might encounter thanks to them.

It can keep playing even in temperatures that range from -10°C to 55°C so sleet or sunshine, it should, technically, work in any environment.

The Move features an on-board battery that allows for ten hours of playback and a full charge will take around two hours. Yes, it even arrives with its own charging base but you can choose to charge it via USB-C as well.  The battery has a lifespan of 900 charges, which roughly translated into some three years of use, according to Sonos. After that, you can swap the old battery for a new one quite easily via two screws found at the base of the device.

The Move has Bluetooth 4.2 and it behaves like any other speaker on a house system out there. If you want to take it along with you, all you have to do is press a dedicated button at the top, which will let you know the connection type has been changed.

Afterwards, you can enjoy your music thanks to its two Class-D digital amplifiers that come with a downward-firing tweeter and the speaker can even adjust its own EQ on the go.

Other features include Alexa and Google Assistant built-in support and AirPlay 2 functionality.

You can already preorder the Move with a price tag of $399, but the units will only be shipped on September 24th.