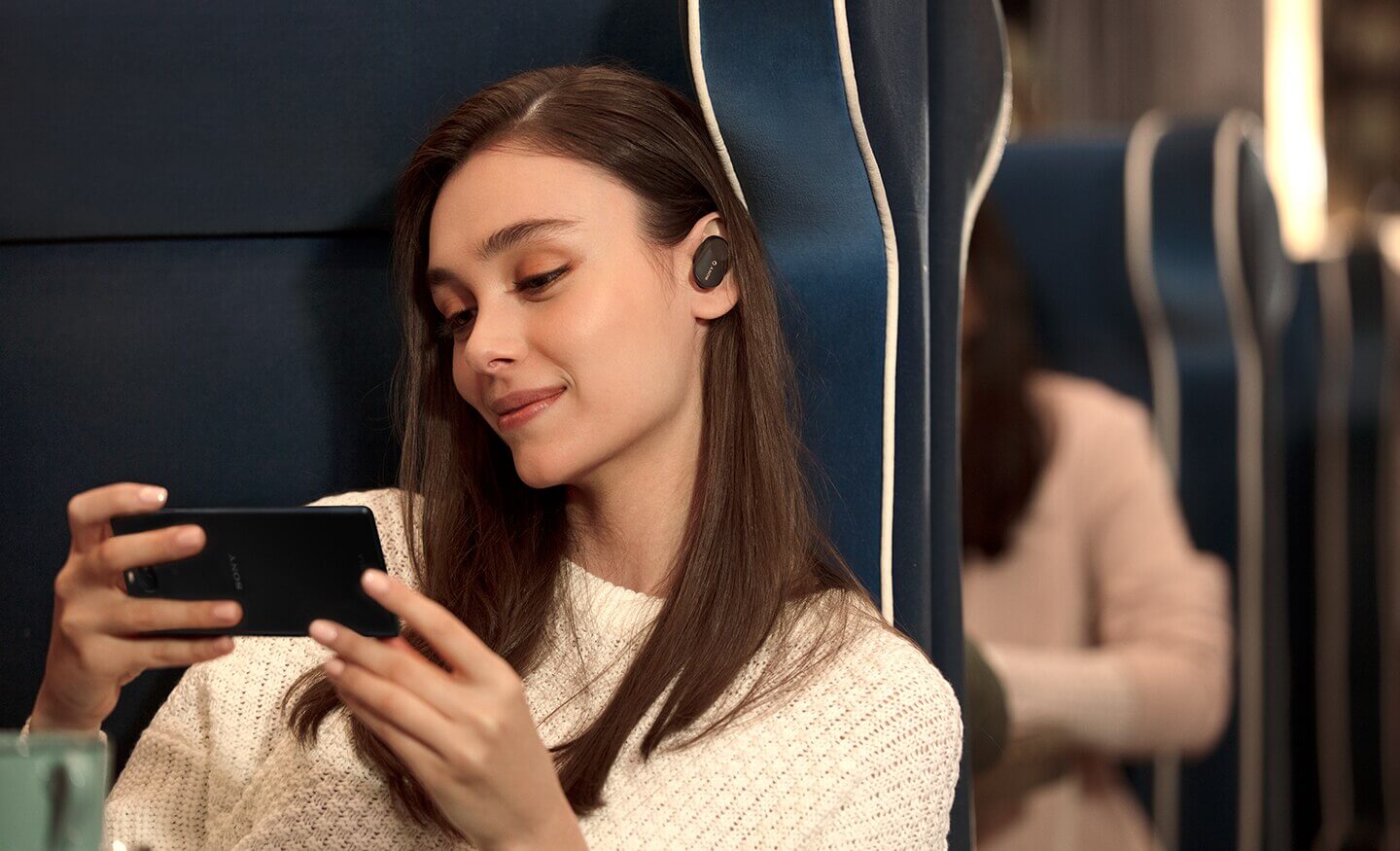 When Sony launched the WF-1000X, the company’s first true wireless headphones, they became an instant hit but the Japanese giant took two more years before it decided to release their successor: the WF-1000XM3.

The earbuds have a new, fresh look, new features and, Sony says, a lot of improvements over their predecessor. Arguably, the most important improvement comes in the shape of the QN1e HD noise cancelling processor. It’s not very different from the one found on the WH-100XM3 over-ear headphones and there’s one set inside each earpiece.

According to the company, this chip is responsible for delivering a 40% increase in noise-cancelling quality over the WF-1000X.

In addition to that, its 24-bit processing also allows for better battery life, takes care of DAC duties and works as an internal analogue amp.

The earbuds have a six-hour battery life if the noise-cancelling and the Bluetooth are turned on and also comes with a carry case that charges via USB-C. The case can deliver three more charges, which basically brings the battery life to a grand total of 24 hours.

Sony states that a 10 minute charge can deliver 90 minutes of playtime, and, if it proves to be true (and with Sony it usually does), I’ll be quite impressed.

We’re also slowly getting introduced to proximity sensors in earbuds and this model features one as well. This means that every time you take the earbuds out of your ears, the music will pause. On the sides of the earbuds, you’ll find the noise-cancelling and playback controls.

The earbuds are available in silver and black color options and are set to go on sale sometime in August, with a price tag of $230.