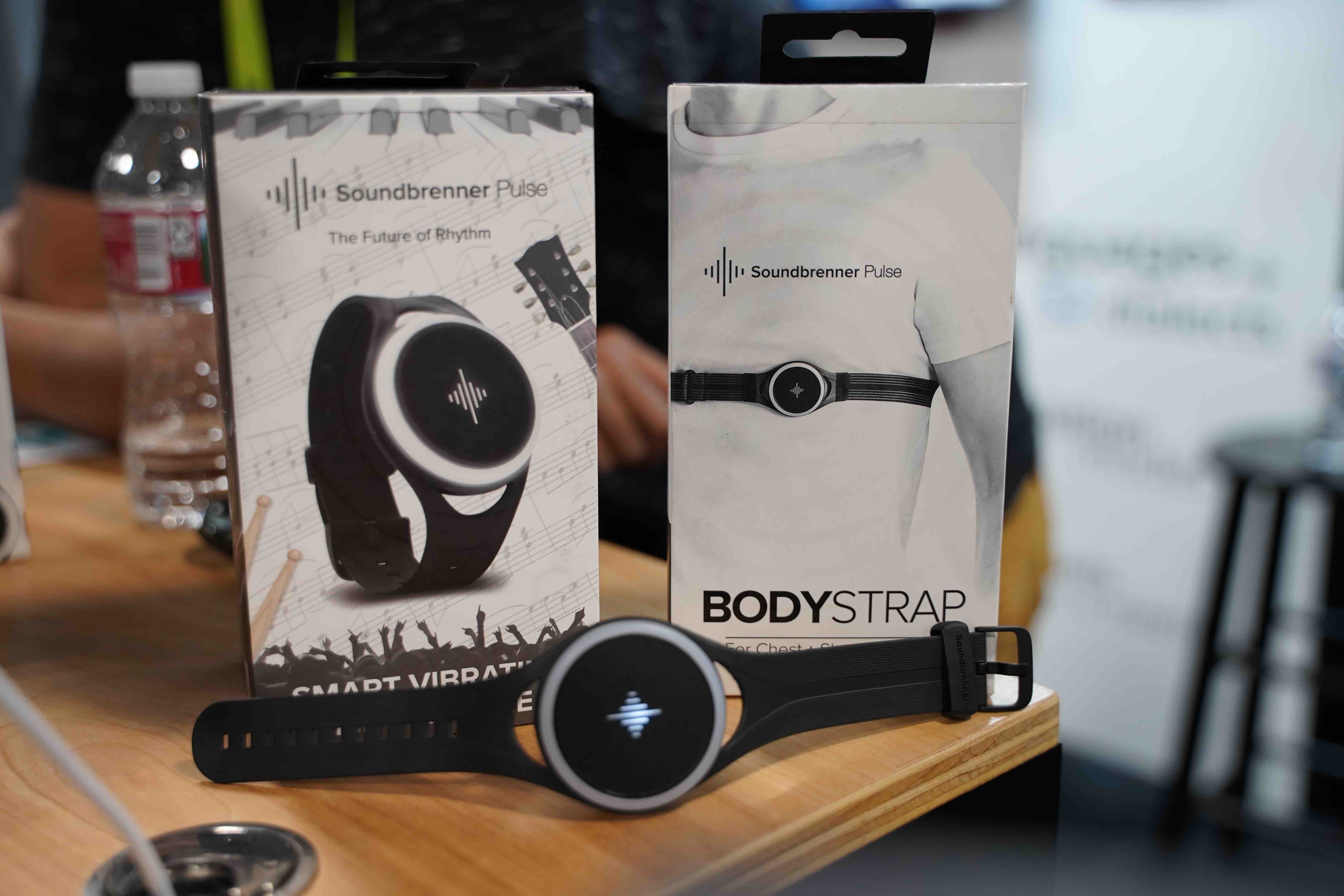 Soundbrenner has been a leader in bringing technology to the consumer musician space and at CES 2019, they were no different. They showed off their already released Pulse, a smartwatch watch capable of doubling as a metronome. However, they also brought a prototype of their next smartwatch, the Core. This music watch looks to continue Soundbrenner’s revolutionary music technology lineup.

The Soundbrenner Core takes the original concepts of the Pulse and elevates it. While the Pulse mainly functions as a vibrating metronome, the Core comes with four major modes: metronome, tuner, decibel meter, and watch.

The metronome operates similarly to how the Pulse works – tap the watch face at your desired tempo and the watch will vibrate to that rhythm. The tuner is actually the watch itself; with a simple twist, the watch face comes off and can be attached to an instrument to help tune. Currently this feature is only compatible with a few instruments, but the Soundbrenner reps at CES assured me that they were looking to get it compatible with as many instruments as possible.

The decibel meter is programmed to help keep musicians (and people in general) aware of their sound environment. Over a certain threshold, the Core will alert users of the potential for damage to auditory mechanisms. Finally, Core acts as a watch, fully capable of receiving push notifications.  All of this is compatible with their hugely popular metronome app.

The Soundbrenner Core polycarbonate edition is expected to cost $229 while the Steel version with an Italian leather watch strap is set to be $329. On their Kickstarter, estimated delivery looks to be March 2019. Once the Soundbrenner Core ships, we can be sure music will never be the same.