YOLK, Beelife and Widex Showcase Technologies for a Better World - Tech The Lead 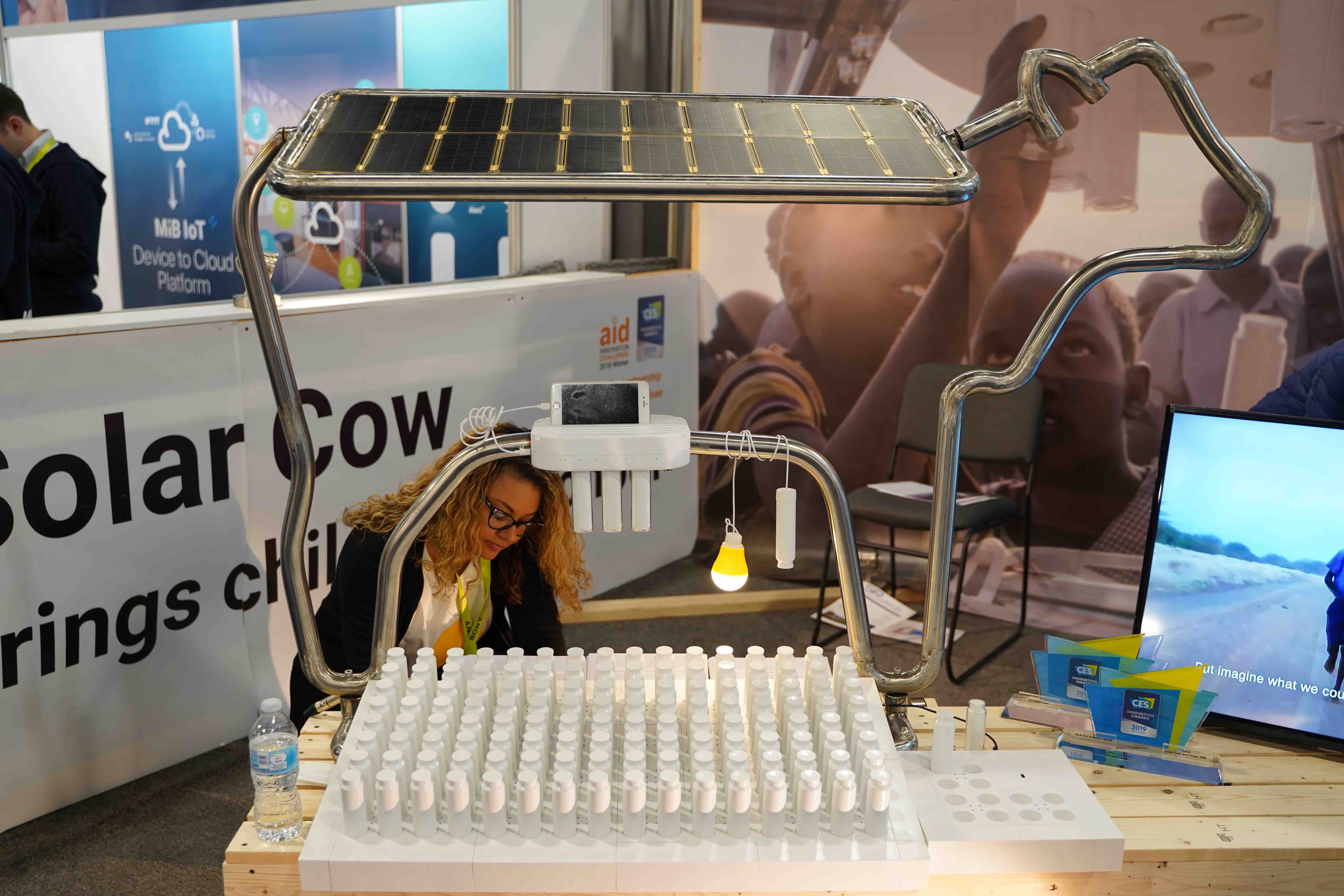 Some companies at CES 2019 took seriously the call to action to make a better society with their technology. Each of the following companies won a CES 2019 Innovation Award, with two winning the highest award “Best of Innovation,” for their work in developing technology for a better world.

Without further ado, here are three of the top companies with tech that will change the world:

YOLK, a South Korean Company, created a Solar Cow. Shaped like a cow, solar panels on the top of the setup powers a storage battery which is subsequently used to charge their Power Milk. These storage batteries are charged during the day to be brought home at night.

The purpose of the Solar Cow Project is two-fold: 1) provide low cost access to energy in communities without consistent access to energy and 2) keep kids in these communities at school. When it comes to providing energy to these communities, previous alternatives lean on either a communal charging shop or a home solar panel setup. For the former, this is usually too cost prohibitive per electronic device charged while the latter has an extremely high setup fee. The Solar Cow System offers no cost setup for individuals and thanks to the Power Milk, families can charge most of their electronic devices throughout the night.

This system also incentivizes families in these communities to send their children to school. Because students and families only have access to the Solar Cow when children are at school, YOLK believes that this project will help raise attendance at schools and reduce the number of children sent to the workplace instead of school. As an educator working with YOLK put it, “someone who has been educated, they will not only change their life but even the life of the community.”

Killing 40-50% of bees, the varroa mite is one of the biggest threats to bee populations. Not only this, but the fluctuations of temperature and poor beehive quality also contributes to the death of bee communities.

CoCoon is a project from Beelife designed to create a healthier beehive for bees. With solar panels on the top, the ecosystem will be fully self-regulated to stay at the preferred temperature of the beehive. To address the varroa mite, the temperature can be raised to 42 degrees Celsius to kill the bees.

Each system connects to a phone app where beekeepers can monitor and adjust the temperature of the beehive. While currently a prototype, a mesh network is in the works to better communicate between CoCoons.

According to Beelife, “field tests with beekeepers have proven a rise of 30% of honey production” thanks to CoCoon. It is currently set at around $1000, but the company hopes to bring the cost down by the time it reaches the market either at the end of summer or the end of the year.

Widex is a ubiquitous hearing aid solutions manufacturer, but at CES 2019, they were demonstrating a different way to power hearing aids and make it easier for differently abled people to hear.

Modeled after their Evoke series hearing aids, Widex created the smallest commercially available fuel cell technology in the world to power their hearing aids. Charging via methanol, this new system will be able to provide 24 hours of charge in about 20 seconds. This will not only save costs over time, but dramatically affect how different abled people interact with their hearing aid.

These companies represent a small part of the coalition of innovators looking to create a positive impact in the world.