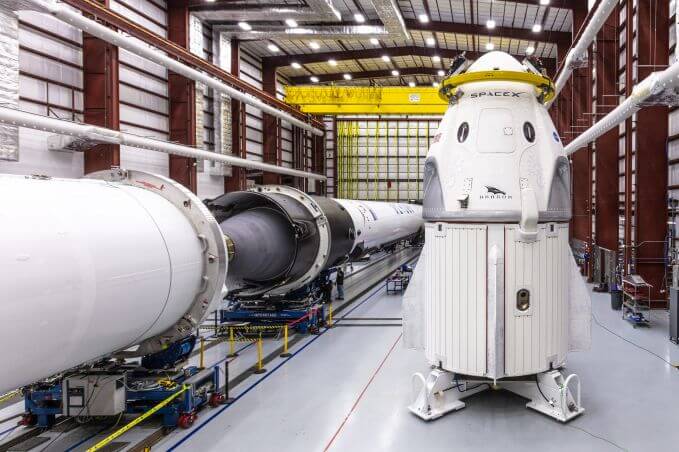 There is not long now for SpaceX’s Crew Dragon first flight with astronauts to the International Space Station, targeted for the of 7th May. The capsule arrived in Florida this week, where NASA and Space X are making the last preparations before lift-off from the Kennedy Space Center.

Astronauts Doug Hurley and Bob Behnken will be aboard the Crew Dragon, which is set to take off from Launch Complex 39A, the same site used by the Apollo and Space Shuttle programs. The capsule will take a trip to the ISS and will be atop of another SpaceX piece of equipment, the Falcon 9 rocket. This will be the first manned mission launched from American soil since 2011.

NASA has been co-operating with private companies, including SpaceX and Boeing, to take over the tasks of ferrying astronauts to the ISS. Previous commercial crew programs had faced some issues, the recent orbital test flight of the Boeing Starliner failed to make it to the ISS due to a timing problem. Just recently, the Crew Dragon capsule successfully completed parachute tests and in-flight escape tests.

SpaceX released a video of the Crew Dragon in an electromagnetic interference (EMI) chamber. The capsule is shown undergoing tests to check how it would hold up under flight conditions.