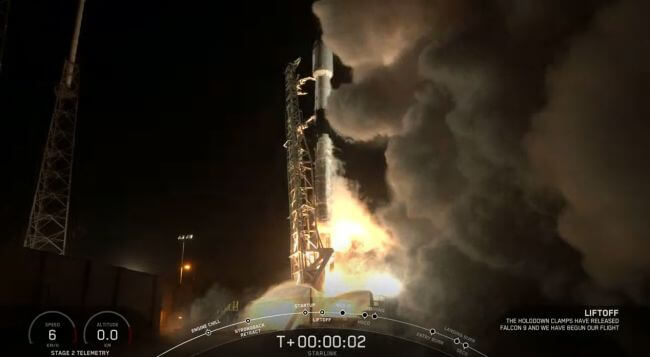 SpaceX launched another Falcon 9 rocket with the company’s eighth batch of Starlink internet satellites, just days after launching the two astronauts to the International Space Station – as we’ve recently reported.

This makes the sixth Starlight light in 2020, growing the constellation to approximately 500 satellites. The rocket landing involved the drone ship “Just Read the Instructions,” which finally saw some action after months.

The set of Starlinks left the ground at 9:25 p.m. EDT and lifted off from the Cape Canaveral Air Force Station, offering an extraordinary show as it streaked toward space. With the launch, SpaceX continued its efforts to recover more of the rocket, as the company deployed its two boats that are designed to catch falling payload fairings, the GO Ms. Tree and GO Ms. Chief.

No human passengers were included in the launch, only the big batch of Starlink broadband internet satellites, as part of a network meant to eventually serve to provide high-bandwidth internet connectivity for some underserved areas. Also, a test of a new system that SpaceX designed to improve an issue its satellites had taken place, and hopefully it will reduce the visibility of the constellation.

The first attempt was on January 6th, when one satellite was covered in a dark coating. This way, SpaceX engineers were hoping to reduce the brightness by up to 55 percent, but radiation absorption caused the machinery to overheat.

Hopefully, VisorSat, the system SpaceX is using now will keep antennae in the shade to stop it reflecting sunlight. When the satellites are rising to orbit altitude, they bounce light from the sun back to Earth, due to their position, which creates the illusion of stars aspect. SpaceX is working to adjust this angle to avoid the issue going forward, according to Musk.

Part of this launch included landing the first stage of the Falcon 9 rocket which has now flown five missions. Today it touched down safely once again and it marks the 10-year anniversary of the first flight of a Falcon 9 rocket.