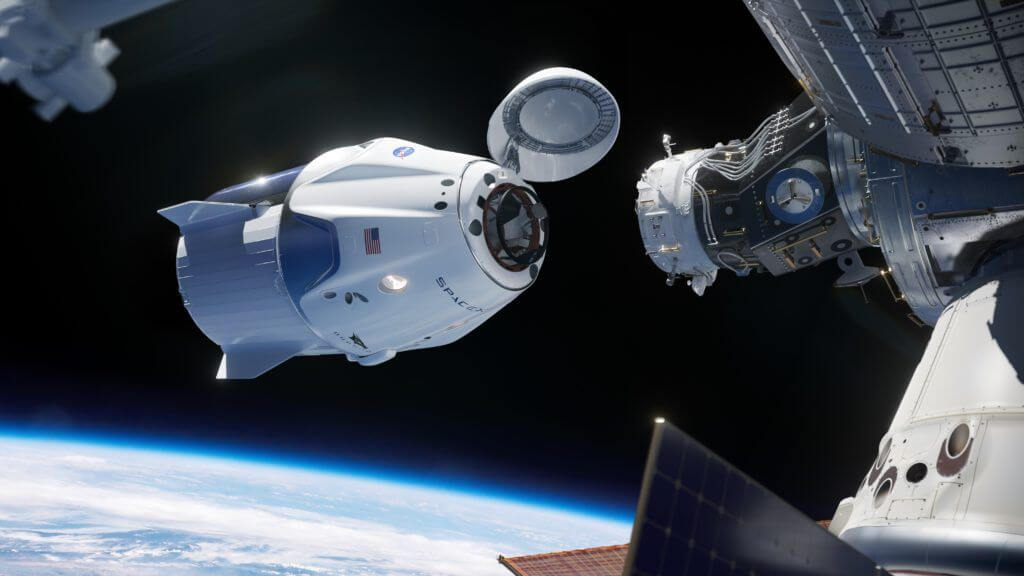 You might remember that, in February, NASA green-lit SpaceX’s Crew Dragon test flights. Now SpaceX has performed the very first test with the capsule, which was launched on Saturday from the Kennedy Space Center in Florida.

The Crew Dragon stayed in orbit since 3 a.m and, eventually, as it approached the International Space Station on Sunday, the capsule used its on-board computers and sensors to dock itself to the station.

At the same time, the astronauts currently on board the ISS kept a close watch to make sure the Crew Dragon performed as expected – U.S astronaut Anne McClain and Canadian astronaut David Saint-Jaques were the ones in charge of commanding the Crew Dragon to hold, retreat to abort the mission altogether, if anything went wrong.

Fortunately, nothing did and everything went according to plan. Down on Earth, the SpaceX control center in Hawthorne, California, erupted in applause when the capsule was confirmed as attached to the ISS.

A while later, both McClain and Saint-Jaques as well as ISS commander Oleg Kononenko boarded the capsule and had a look around.

“Everything looks great,” McClain reported to Mission Control after a careful look inside the Crew Dragon via a hatch window “Ripley and Earth both look like they enjoyed their trip up here.”

The Crew Dragon will stay docked to the ISS until Friday and in all that time, the ISS crew members will unpack over 400 pounds of cargo the capsule carried with it and perform a series of tests.

After that, it will detach and return to Earth, in the final phase of the mission which SpaceX founder Elon Musk has admitted he is most worried about.

“I see hypersonic re-entry as probably my greatest concern,” Musk said. It should be fine, but that’ll be a thing to make sure it works on re-entry,” Musk continued “Everything we know so far is looking positive. Unless something goes wrong I should think we’ll be flying (people) this year; this summer, hopefully.”

If the Crew Dragon lands back safely in the Atlantic Ocean, NASA will evaluate how the mission went and decide if the next test flight is safe enough to put two astronauts on board.

We’ll still have to wait a while for that though – even if NASA gives SpaceX the go-ahead, the next flight will take place sometime later this summer.