Study Shows Nokia Phones Are the Best For Updates, Beat Samsung and Huawei By A Mile 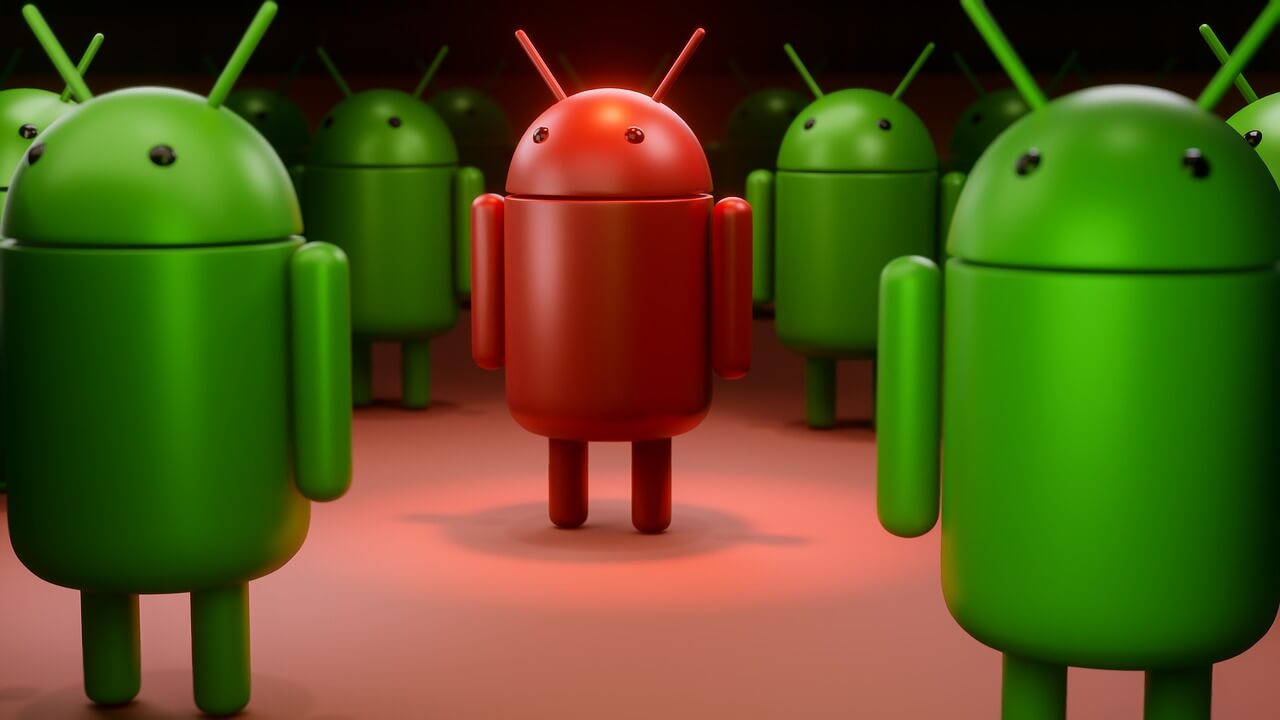 A new study done by Counterpoint Research reveals that, when it comes to timely (and security-critical) updates, Nokia smartphones beat the competition by a mile.

According to the report, since Android Pie came out, 96 percent of Nokia phones sold since either shipped with that latest Android version or received an update.

Meanwhile, the big Android players like Samsung, Huawei or Xiaomi register figures like 80 percent, with Samsung reaching 89%, the highest of all three.

What are the worst Android phones in terms of update frequency?

Perhaps unsurprisingly, brands like Oppo and Lenovo score at around 50 percent.

The truly dismal numbers in the report name LG and Vivo, where just around 20 percent of smartphones are updated to the latest Android.

Of course, Android has always had issues with updates because of the variety of smartphone and vendors in the ecosystem.

Fortunately, Google has started requiring vendors to issue security updates for two years on their new smartphones, but the situation overall is still pretty dire. 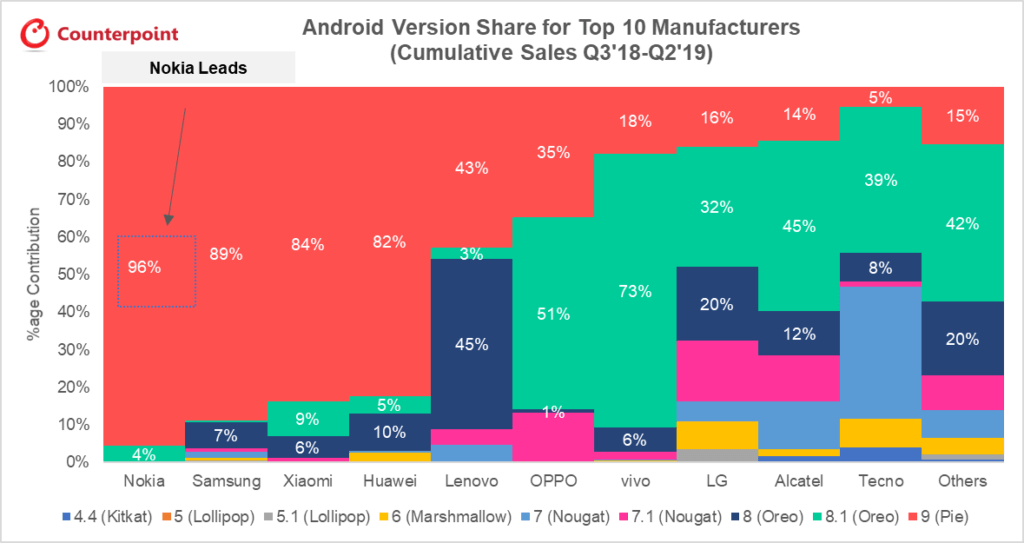 A year after launch, just around half of Xiaomi, Nokia and Lenovo have their portfolio running the latest Android.

That spells doom for a lot of owners of older Android devices, as security flaws can lead to malware infections and developers themselves strain to test their apps on a large variety of outdated devices.

Why does that happen?

“High-priced devices are often updated first, but having the latest software is as important to mid- and low-priced products as it is to flagship devices […]

Brands like Alcatel and Tecno are the laggards. This is because these brands have broad portfolios, mostly in the sub-US$200 segment, and the lifecycle of their models tends to be short. Their products often transition from launch to end-of-life in as little as six months, which means they have less incentive to provide long-term updates,” explained Abhilash Kumar, a research analyst at Counterpoint Research.