Exynos 980 Is Here, Brings 5G Without Adding Bulk to Phones 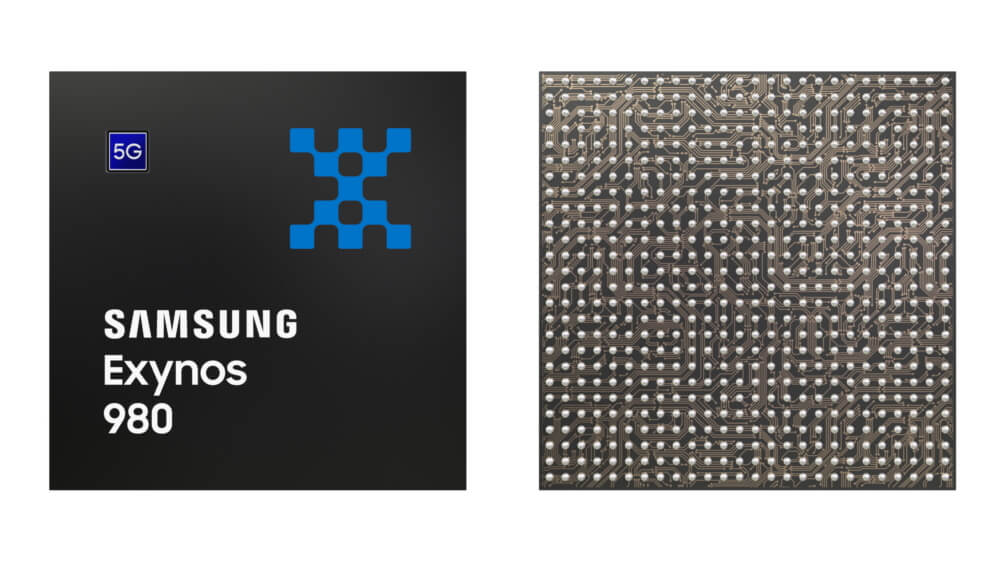 As long rumored and expected, Samsung was about to debut the new flagship processor, Exynos 980, just as fall kicked off.

The company introduced the new processor just as everyone was getting ready for IFA 2019, the fall’s biggest tech event.

Speaking of size, the main perk of the new Exynos is not its processing power, though it certainly doesn’t lack on that front, but the fact that it’s Samsung’s first 5G-integrated mobile processor.

In essence, Exynos 980 is both a chipset and a 5G modem and that integrated design of a single chip for both tasks will reduce bulk inside future smartphones.

When looking at a 5G symbol everyone wants to know just how fast things can get. Well, the Exynos 980 promises “a fast gigabit downlink speed in 4G LTE and up to 2.55-gigabits per seconds (Gbps) in sub-6-gigahertz (GHz) 5G” with support for E-UTRA-NR Dual Connectivity (EN-DC) that, as Samsung explains, “combines 2CC LTE and 5G connectivity to maximize mobile downlink speed of up to 3.55Gbps”.

The Exynos 980 contains two Cortex-A77 CPU cores and six Cortex-A55 cores, with gaming and mixed reality apps handled by the Mali-G76 GPU. It also has its neural processing unit (NPU) built-in, which means it handles AI jobs on the device, not on a server.

In terms of performance, Samsung says that the NPU performs 2.7 better than its predecessor, which is quite the leap.

It also has a processor that can, of course, handle that record 108 MP sensor unveiled a few weeks ago.