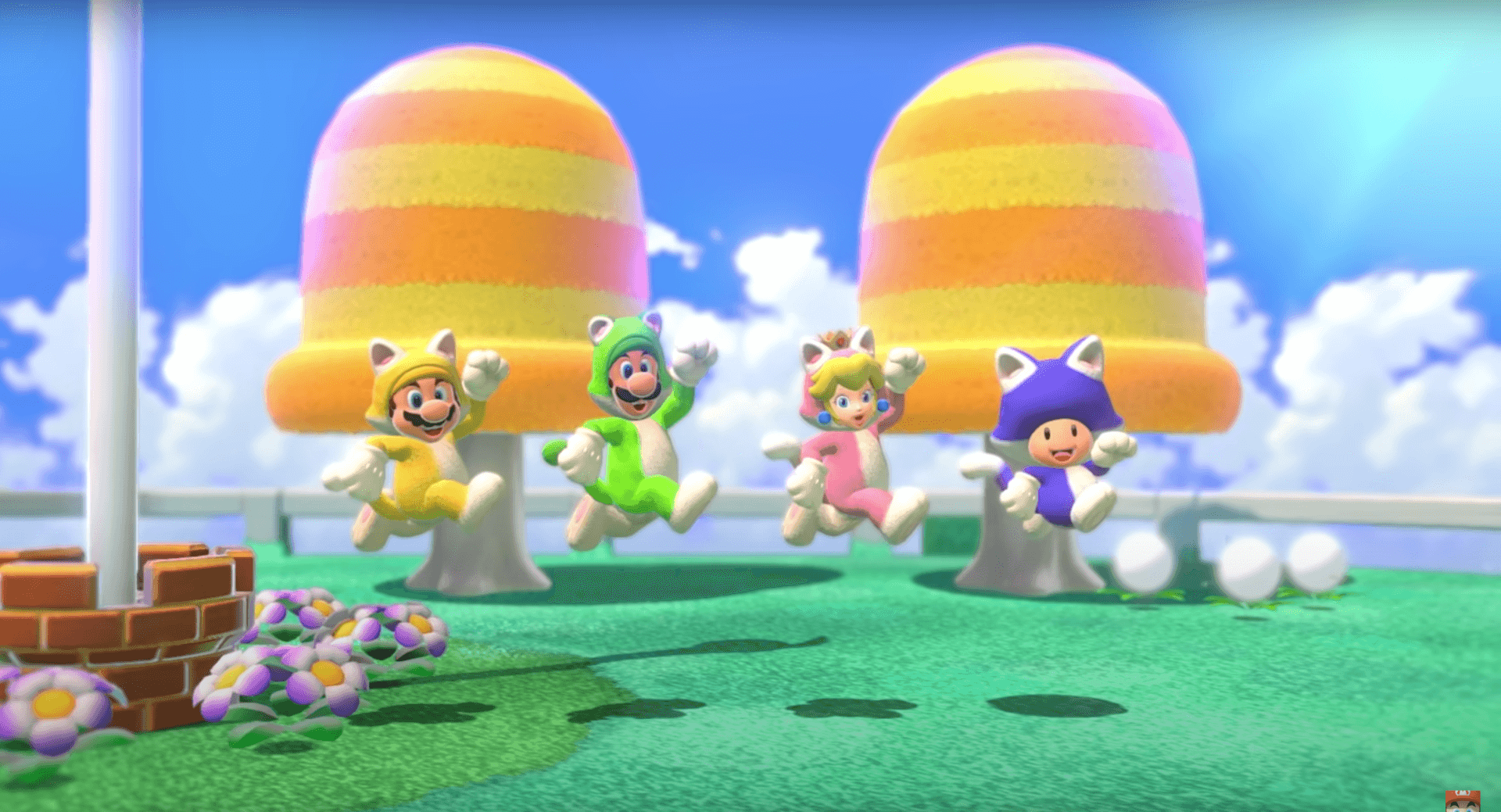 The Wii U exclusive library… and our pockets… keep getting smaller and smaller as more games get ported over. But, when all’s said and done, Super Mario 3D World + Bowser’s Fury retains the charm of the original game while adding an entirely new playground to explore.

Looking first at the original game, it’s basically the same game top to bottom. But quality of life changes make the game that much more enticing, particularly when looking at its multiplayer mode. Super Mario 3D World seems perfectly built for multiplayer chaos, with several different characters to choose from and each character having significant agency. The Switch’s design also helps facilitate multiplayer fun more so than the Wii U did. The fact that each Switch comes with two controllers (the individual joycons) means that four-player local co-op is as easy as having two sets of joycons. In our socially distant times, the new online mode makes it simple to connect to others in different households, meaning that co-op is no longer just restricted to the local.

And while ease of multiplayer is exciting, the core gameplay of Super Mario 3D World quite frankly remains unchanged. If you’re played the original, you’ve essentially played this one.

Bowser’s Fury, however, uses the essence of Super Mario 3D World and combines it with elements of Super Mario Odyssey. No, there are no captures. But it takes the playground style that Odyssey uses in its world and creates an open-world platformer with Super Mario 3D World mechanics. With only 100 stars, or cat shines, to collect, it’s not a particularly long game. Additionally, the Pacific Rim-esque boss battles with Bowser and Mario certainly are flashy, but do stumble in their repetitiveness. The multiplayer mode, as well, fails to live up to Super Mario 3D World’s in that the second-player largely follows the first. Yet, in its innovative design, it points to a potential new era of Mario gaming which focuses more on a continuous, open world design rather than a hub world. Imagine being able to explore a seamless Mushroom Kingdom? Fascinating. And that’s the promise behind Bowser’s Fury.

All in all, Super Mario 3D World + Bowser’s Fury was not necessarily new or flashy. But it was a fun Mario game which added new content for those who had the original on the Wii U. Is it worth the investment? Truly depends on what you’re looking for. I certainly had my money’s worth of fun with friends yelling at our Mario player who was the embodiment of chaos.