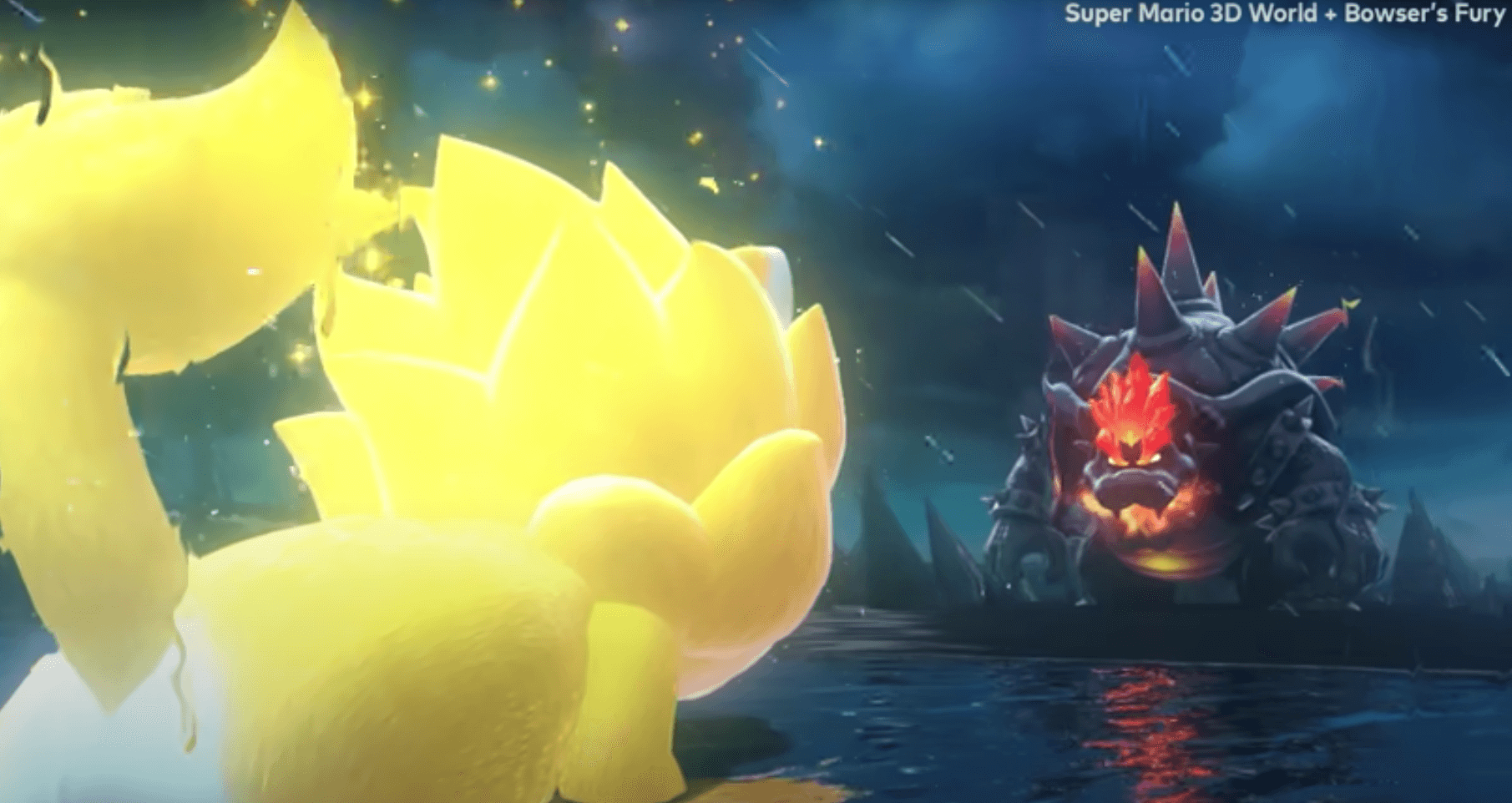 Super Mario Bros. 35th Anniversary celebration will be coming to a close soon. But before it does, we have one more game we’re expecting to release. Nintendo didn’t forget either, dropping a Super Mario 3D World + Bowser’s Fury preview video on us recently!

Super Mario 3D World was a Wii U hit. Its fluid, movement-based platforming combined with addictive, competitive multiplayer action made it a game perfect for family and friends.

The Switch port keeps all aspects of the game that made it lovable, but adds online play. Additionally, the game adds a Snapshot mode that lets people capture the best moments of the game. The original had a sticker collection system, which previously was mainly the game’s collectibles. These stickers can now be used in Snapshot mode to add additional flare.

Bowser’s Fury is a new addition to Super Mario 3D World. The game is set in a kingdom of cats, but Bowser wants to rid the world of these cats. So Mario and Bowser Jr. team up to find ways to move the cats away from this kingdom. For those familiar with 3D World, jumping into Bowser’s Fury will be exceptionally easy. However, Bowser Jr. will be a new character to play in co-op mode.

After a certain time, however, Bowser shows up as Fury Bowser. While he’s there, he acts as a boss figure, changing the landscape and forcing Mario and Bowser Jr. to evade his spikes, fire attacks, and more.

Cat Mario and Cat Peach, two new Amiibo, will be launched alongside the game and be compatible with the game.