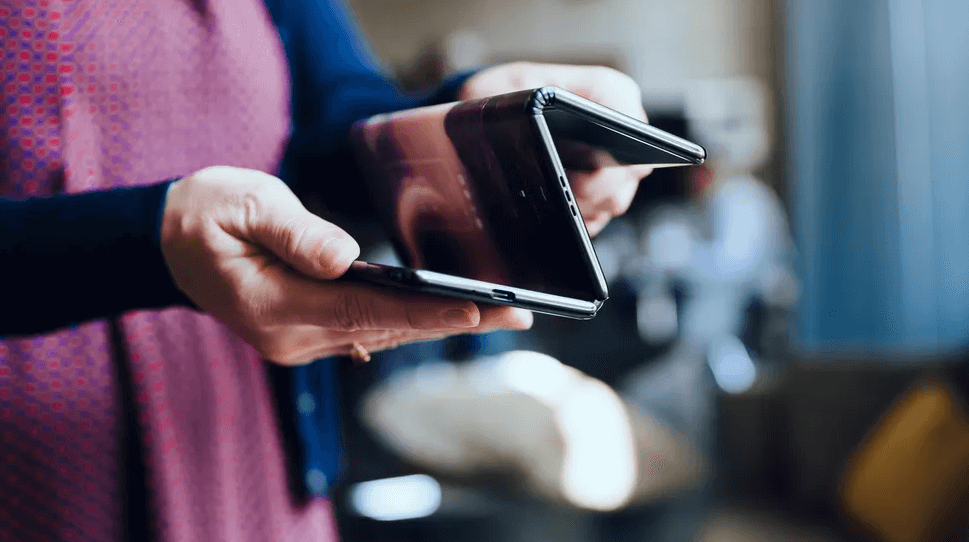 TCL is the company that holds the license to make Blackberry devices and since the beginning of the year it has been showing off different folding smartphone concepts.

The companies latest folding device design is absolutely striking and completely original.
As seen in the photo, the concept design has a dual-hinge that unfolds the huge 10-inch screen, concertina-style. The two hinges that split the single screen into thirds is what makes this device so unique.

The TCL phone shown to CNET is not a working model, only a concept of what’s possible rather than what’s to come, so it doesn’t have a name or release date.
Announced in September the companies first smartphone to carry the TCL name, is the TCL Plex, an affordable device that sets the tone to what the company will bring us in the future. Also in September, TCL said it will be ready to talk about foldable devices at the Mobile World Congress 2020, in February.

Other companies, like Xiaomi, have announced interesting foldable designs for smartphones. Also, Microsoft has the dual-screen Surface Duo, Samsung with The Galaxy Fold and Huawei Mate X seem to announce the beginning of a new era. TCL though has brought a new twist to the idea with this new concept and has made us all wonder what they will come up with next.