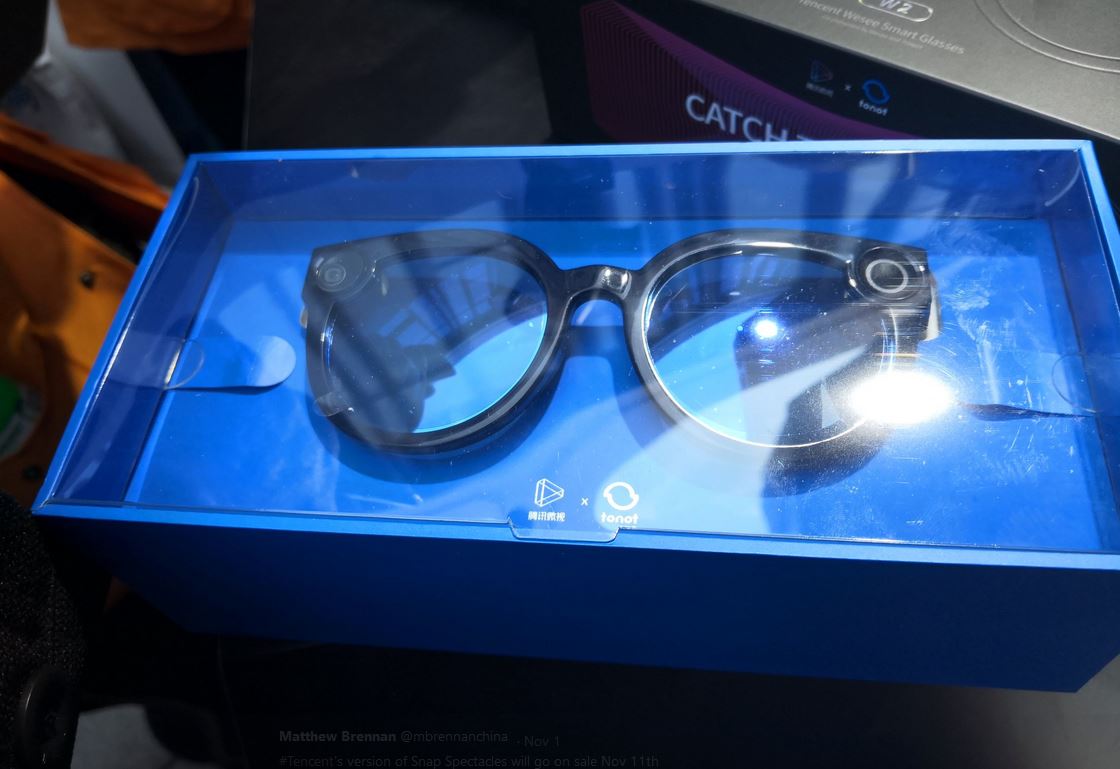 Snapchat bet heavy on Snap Spectacles, its wearable camera inserted in thick frames, and failed. Now, another giant takes up the mantle and tries to make smart glasses a thing.

Tencent, one of the biggest Chinese conglomerates and owner of League of Legends, is apparently launching its own smart glasses on November 11, just a few days from now.

Based on the pictures tweeted below, at first glance, there isn’t a visible difference between the Tencent Weishi smart glasses and the Snap Spectacles that created a lot of hype but remained unsold by the thousands.

The only thing that really separates them from the Snap Spectacles is the lack of a yellow ring around the camera.

In Mandarin, “Weishi” means “micro shows,” which points to Tencent trying to tie the glasses with its own Vine clone, a video app. Wear the Tencent Weishi, record what you’re seeing and upload those short videos to the Weishi app.

According to a The Verge report, the Weishi smart glasses come with an 8MP camera capable of filming in both 720p and 1080p.

Perhaps that will be the thing that finally makes influencers adopt this wearable en masse.  Tencent Weishi glasses will launch on Alibaba’s Singles Day, one of the biggest shopping events in China, so that should help their popularity as well