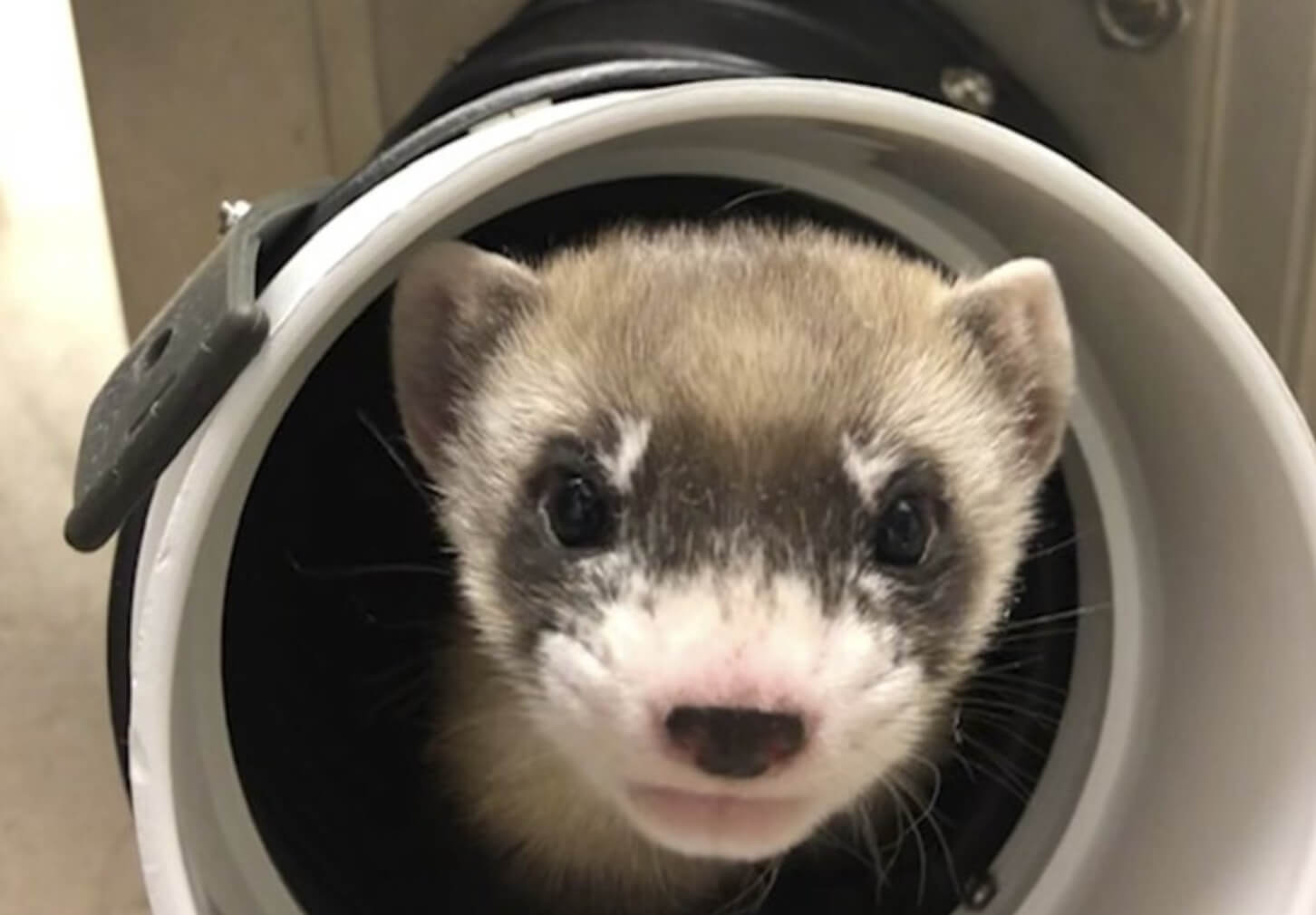 Meet the not so endangered species: The Black-Footed Ferret – First of Her Name, the newborn, the Queen of the ferrets and the black foot, Ferret of the Great Grass Sea, Breaker of Cages, and Mother to a new beginning. All hail Elizabeth Ann – The Black-Foot.

Scientists have managed to clone the first U.S. endangered species, a black-footed ferret, by using the preserved cells of an animal that died over 30 years ago.

The animal is part of North America’s only native ferret and could prove to be a huge help in bringing diversity into the inbred, endangered population. Also known as the American polecat, the species met a sharp decline during the 20th century, mostly as a result of sylvatic plague and the decreasing populations of prairie dogs, which were their main prey. It even reached the point where, by the time the 1970s rolled by, they were thought to be completely extinct.

Luckily, in 1981, Lucille Hogg’s ranch dog brought a dead black-footed ferret to her door in Meeteetse, Wyoming, and proved that theory wrong. The remaining population consisting of just a few dozen ferrets were thought to have lasted until 1987 when the animals were officially considered extinct in the wild.

However, a captive-breeding program launched by the United States Fish and Wildlife Service (USFWS) resulted in its reintroduction into Canada, Mexico as well as several U.S. states. Listed as “extinct in the wild” in 1996, the agency’s efforts redoubled between 1991 and 2009 and in 2008 the species has been downgraded to “endangered”. Nowadays, the current population is made up of over 1.000 wild-born individuals.

USFWS was the one that happily announced the successful cloning in a press release on Thursday. The ferret, named Elizabeth Ann, was born on 10 December and has been raised at the service’s black-footed ferret breeding facility in Fort Collins, Colo. Elizabeth was cloned using frozen DNA extracted from “Willa,” a black-footed ferret who died back in 1988.

“The Service sought the expertise of valued recovery partners to help us explore how we might overcome genetic limitations hampering recovery of the black-footed ferret, and we’re proud to make this announcement today,” said Noreen Walsh, Regional Director of USFWS’s Mountain-Prairie Region. “Although this research is preliminary, it is the first cloning of a native endangered species in North America, and it provides a promising tool for continued efforts to conserve the black-footed ferret.”

All the black-footed ferrets alive today are descended from just seven related individuals, which makes recovering the species a challenging trial for conservationists. The obvious lack of genetic diversity presents a big risk to the species preserving efforts, and the cloning option might offer a viable solution by bringing much-needed diversity to the genetic pool and creating resilience to diseases.

“With these cloning techniques, you can basically freeze time and regenerate those cells,” U.S. Fish and Wildlife Service black-footed ferret recovery coordinator Pete Gober said. “We’re far from it now as far as tinkering with the genome to confer any genetic resistance, but that’s a possibility in the future.”

However, black-footed ferrets are still dangerously close to extinction, so much that about 120 individuals of the species were even vaccinated with an experimental Covid-19 vaccine in December. Elizabeth Ann’s health continues to be closely monitored by the team at the conservation center and will hopefully soon be joined by more sisters. The researchers are optimistic and working to produce more black-footed ferret clones of Willa in the coming months as part of continuing research efforts.