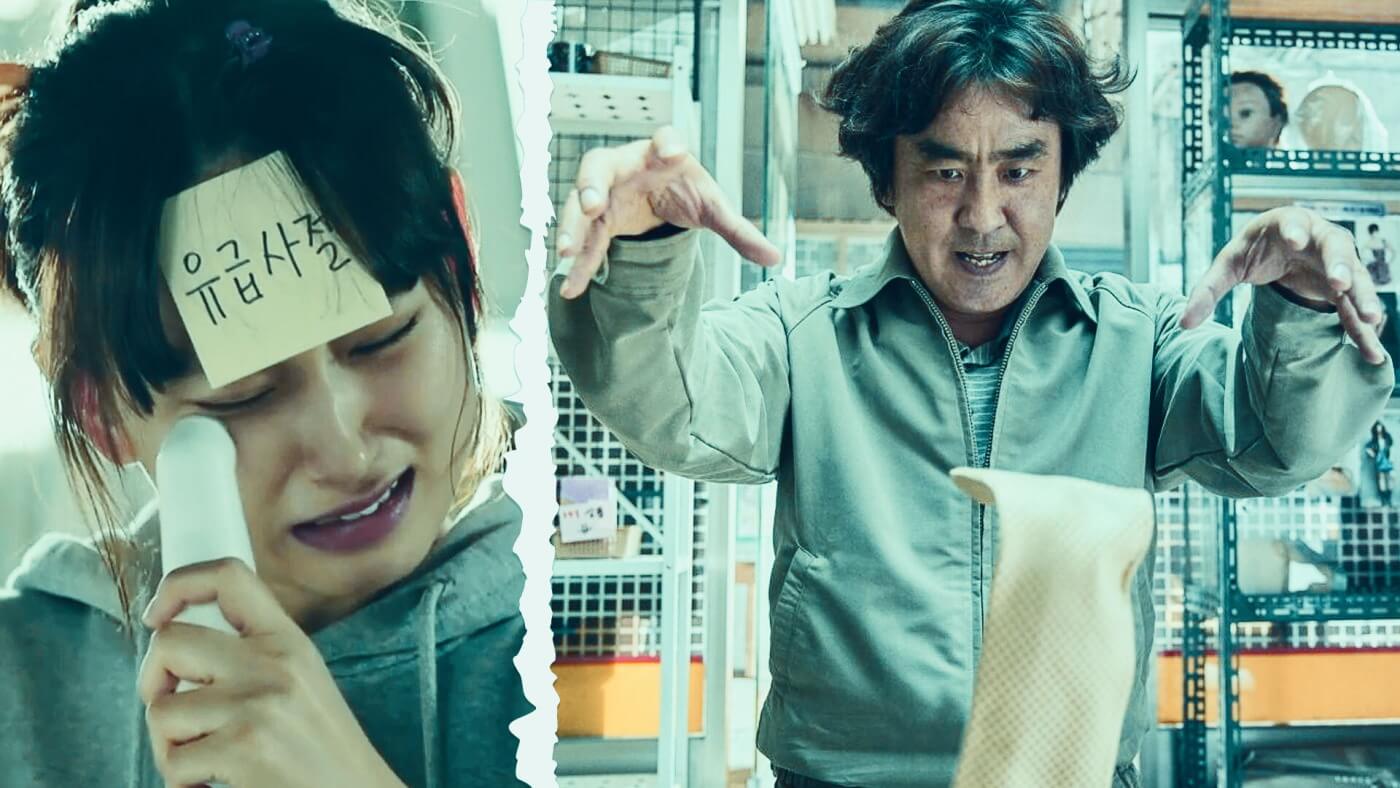 Finished Squid Game and don’t know what to watch next? Check this out!

We went through my TiVo Stream 4K and picked the very best Korean dramas in 2021, both movies and series. And, since Halloween is just around the corner, we included some pretty scary flicks perfect for the holiday.

This series was just added to Netflix and will really scratch that itch, especially if your favorite Squid Game character was the cop.

Here, you also have an undercover cop, buuut the other way around. A woman working for an illegal organization joins the police force and acts as a mole, hoping to find out why her father died. It’s only 8 episodes long and each one has such a good hook, you’ll spend the entire night binging it.

And speaking of hooks, this next series is the stuff of legends.

I haven’t had this much fun with a show since the first season of How to Get Away with Murder – and so little sleep, I’m surprised that I’m still somewhat coherent.

I binged watched Law School all of last week, and I gotta tell you – it’s amazing.

It’s courtroom drama on steroids, with so many layers your brain won’t have a chance to breathe for a second – and a fantastic murder mystery. I won’t give away much but I gotta tell you, you’ll spend an entire weekend with your eyes glued to the screen.

The same goes for Mouse too.

Mouse is also a K Drama that came out this year, and it asks a cool question: what if you could deal with psychopaths in advance?

No, not like Minority Report but like that question of “If you could travel back in time, would you kill baby Hitler”?

In Mouse, they explore the mind of a psychopath and try to figure out if there’s such a thing as a genetic predisposition to being one. With 20 episodes, I’d say this is an amazing detective – serial killer series, since it doesn’t slow down at any point.

Now let’s also see a couple of great Korean movies, because …you know…you don’t always have the time to invest 8+ hours into stuff.

If you love dystopias and heist movies, check out Time to Hunt. Somehow, this movie came out last year but got lost in the noise, despite being a pretty good watch. Time to Hunt is a dystopian thriller where you follow a group of robbers who just got out of jail, only to see that inflation wiped off everything they stole – so they have to do one more job. It’s a bit long, but if you want some cool choreography a la John Wick, give it a play.

Did you like Train to Busan? Then this next flick is for you. Psychokinesis is a superhero movie unlike most of them. It’s not with zombies, unfortunately, cause that would have been great this Halloween, but it’s from the same person who brought you Train to Busan: Yeon Sang-ho.

I’d actually say it’s like the series Misfits, where regular people get superpowers and use them to change their regular lives – not take over the world or something.

Here, a security guard drinks from a spring that’s been hit by a meteor, and so he gets some badass telekinetic powers. The beauty of this movie is that he uses those powers to reconnect with his daughter and help her lead a better life. Pretty cool, right?

Another one of my favorite K Drama series is Sweet Home, which came out last year and makes for a perfect Halloween watch.

Sweet Home is perfect if you love monster movies and high school flicks. It’s kind of like a modern day Buffy, where a loner high school dude tries to save humanity from flesh eating mutants. This is one colorful, surreal series with so much gore, even Kingdom is put to shame.

If that’s too scary for you, I have another serial killer K series for you.

Beyond Evil came out this summer and it’s a shame it did, because everyone must have been at the beach and few talked about it properly.

Beyond Evil has an amazing storyline, with so many red herrings it’s impossible to see the killer coming, and some of the best performances I’ve ever seen in a K drama. Do you think the acting is somewhat over the top in most of them? Beyond Evil is here to prove the opposite – it’s simply superb.

Best K-Dramas in 2021: The Uncanny Counter

Still, it’s not really Halloweeny, so if you’re looking for spooky, I got another for you.

It’s called The Uncanny Counter and it’s really a cool urban fantasy series with plenty of humor. The main characters work in a noodle shop by day, and at night they’re chasing evil spirits who eat people’s souls. Each of the characters have special abilities to do so, which once again reminded me of Misfits – only that the characters here are even more adorable and relatable.

And if you’re gonna binge through The Uncanny Counter and leave begging for more, I have yet another dark fantasy show for you.

Best K-Dramas in 2021: Tale of the Nine-Tailed Fox

It’s called Tale of the Nine-Tailed and it follows around one of Korea’s most famous mythical creatures, the nine-tailed fox, but moves it into the present day.

Tale of the Nine-Tailed Fox has plenty of action but where it truly shines is in the story. It’s pretty fresh and unpredictable through and through.

Plus, even though it goes into matters of the heart and love and so on, it never sinks into the cheesy realm, so it’s not like those CW series where you end up eye rolling by episode 3.

These series should keep you busy for weeks to come but I have one final recommendation, thanks to my TiVo Stream 4K surfacing it a few weeks ago – after it saw me binging every K drama on every streaming app.

This one is called The Memorist and it really fills the hole in my soul left by series like The Mentalist or Criminal Minds, you know, the stuff you have playing in the background when you’re just wallowing on the couch on a Sunday morning.

Still, since it’s a K drama, The Memorist has a lot more fresh stuff in it. It follows a detective who can read people’s memories.

Still, while this power helps him solve cases, it doesn’t really make him a popular character – and it sends him on a particularly gruesome case.

The Memorist is once again one of those series where you can’t look away, full of twists and turns and an amazing soundtrack, so I’d recommend you take the day off and truly dive in it.

What about you, do you know of any great K dramas to fill the void left by Squid Game? If I missed a great show or even a movie, drop me a comment below.

And while you’re there, a like and a subscribe would really help my channel a lot – so please do! Thanks and catch you next time.