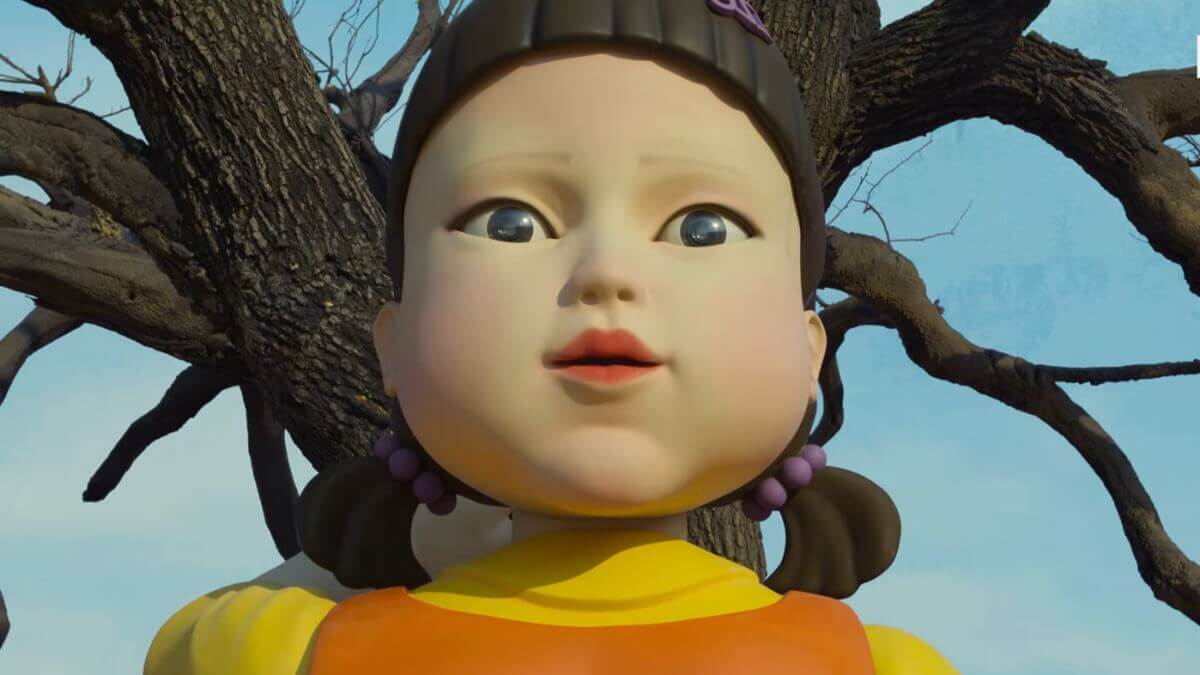 Wipe away those tears from watching the biggest Netflix show in history and start laughing with the best Squid Game memes. We trawled through every corner of the web and even found a Squid Game meme generator, so, if you want to make Squid Game memes, just skip below and try it for yourself!

The South Korean drama Squid Game brought the battle royale genre to mainstream popularity and, thanks to it, we have some memes that absolutely slay.

In Seoul, a Squid Game set replica was installed at Itaewon Station in Yongsan but was quickly removed after officials worried that social distancing could not be maintained.

Our absolute favorite? It’s this one.

One VFX artist also had an idea that could make sleeping in a truly impossible feat: a Squid Game clock with the doll from the Red Light, Green Light game. This is definitely one alarm clock no one would ever snooze!

If you want memes galore, look no further than TikTok, especially if you wanna do some Squid Game dances. Thought the Squid Game alarm clock is nightmare fuel? This 3D render of the dancing doll will haunt you forever.

Of course, weeks after the launch of the show, the Squid Game Tikok phenomenon is showing no signs of slowing down.

TikTok users are showing their own takes on the sugar cookie challenge, what they’d do in Red Light, Green Light and cosplaying as the guards from the show.

Want to make a Squid Game meme or just a TikTok to celebrate this show? You don’t need any Photoshop or animation skills – just try the Squid Game filters on Instagram.

You can find here one Squid Game Red Light, Green Light filter and here is another one, created by @skena.co.id.

You just hit the record button and you’ll instantly be playing Red Light, Green Light and get a video perfect to share on social.

Of course, if you wanna go the extra mile, you can learn how to make the Dalgona cookie shown in Squid Game. Here’s a quick recipe:

The honeycomb challenge is also an Instagram filter, thanks to @christianpugger – try the filter here.

User @ivonesia also did a Insta filter for Player 456, letting you take the role of Gi Hun in the series – find it here. What do you think, could you make better decisions than Gi Hun?

Also, did you find any other cool Squid Game memes? Share your favorite in the comments!