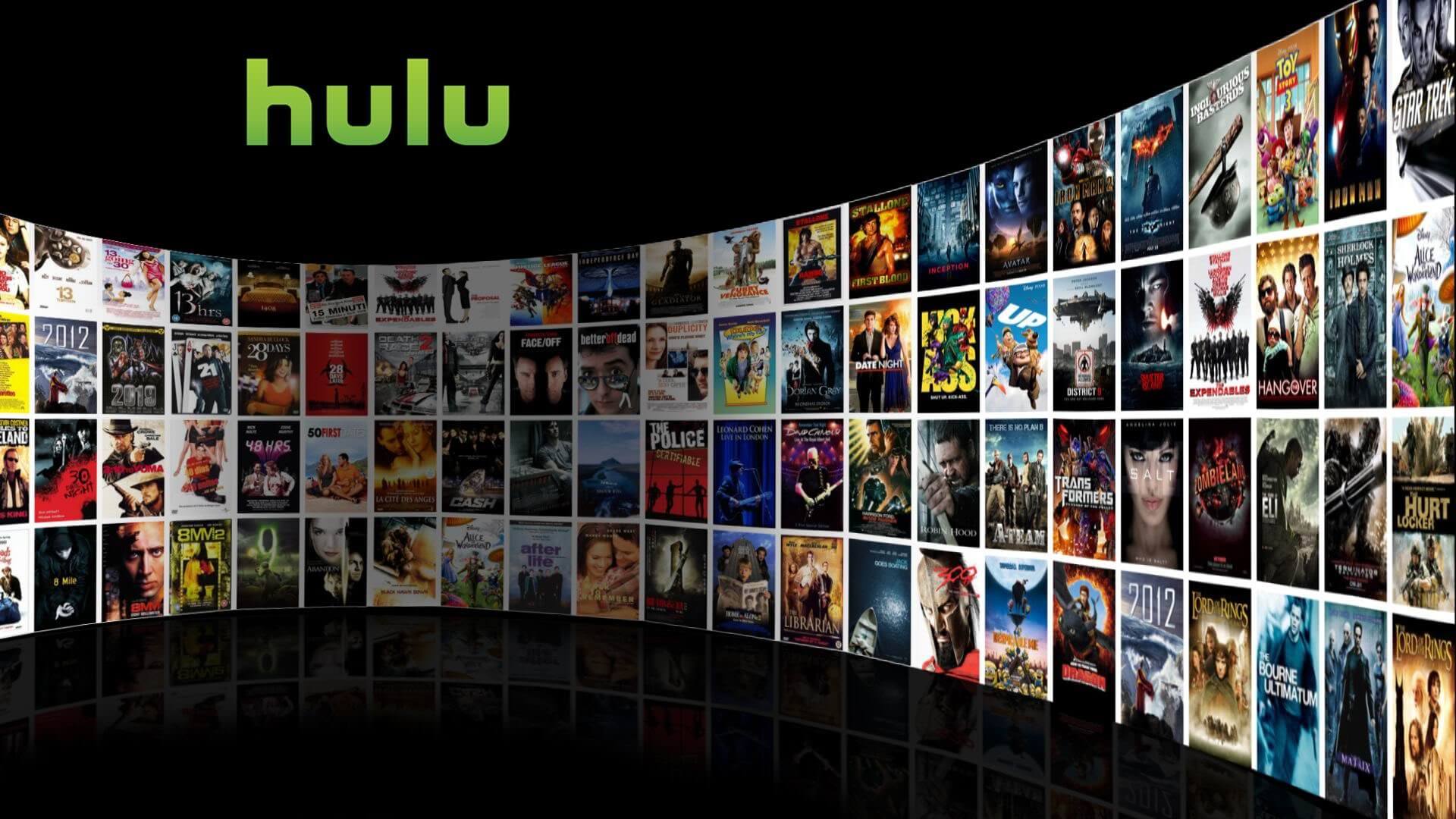 Not sure what to watch on Hulu? We gathered together the best movies on Hulu in November, so you can find your next great watch.

Thanks to our TiVo Stream 4K, which recommends what to watch based on your entire viewing history on all apps, we were able to find not just the blockbusters but also the hidden gems and the cult classics we might have missed on Hulu otherwise.

Check some of them out!

Do you love Scream, I Know What You Did Last Summer, Halloween and other slasher flicks?

Then this little-known gem is for you. Final Girls is one of the funnest movies of 2015.

It does for 80’s slasher films what The Last Action Hero did for 80’s cop movies – takes the action up to 11 but adds a high dose of “meta” humor.

Final Girls follows Max and a group of girlfriends who attend the screening of a slasher movie that featured Max’s late mother. Only, instead of just watching a movie and grabbing dinner afterwards, they’re sucked into the silver screen and have to work together with Max’s mom and other characters to take down the machete killer.

This is a satire more like Cabin in the Woods, not Scary Movie, and it deconstructs horror flicks in a fun way. Taissa Farmiga, Vera Farmiga’s sister, in the main role, Nina Dobrev of The Vampire Diaries and Thomas Middleditch from Silicon Valley are just some of the names involved in this one.

Did you think just Macaulay and Kieran Culkin had the acting chops to pull off both comedy and drama? Think again and check out Mean Creek on Hulu.

This movie features Rory Culkin, the youngest of the Culkin family, in a role which lets him command everyone’s attention.

He plays the role of a bullied child whose friends step in to defend him by deciding to play a wicked prank on the bully. Will the kids take revenge and just how much revenge against a bully is justified?

Mean Creek is a coming of age drama that pulls no punches and keeps you glued to the edge of your seat. Think Lord of the Flies, but modernized!

Miss a good alien invasion story? If Apple TV+’s Invasion disappointed you with its slow pace soap-opera approach to the theme, stream Attack the Block on Hulu.

This 2011 movie is one of the freshest takes on alien invasions, putting War of the Worlds and others to shame.

The secret of its success? It follows some inner city kids from the UK who have to give up the hustle and pick up some baseball bats, because the block is under siege from aliens.

This is also one of John Boyega’s earliest roles and you can see here why he is now one of the Hollywood A-listers.

Non-stop action, comedy and characters that won’t make you pull out your hair with nonsensical decisions – that’s Attack the Block in a nutshell.

Speaking of fresh takes, try Undine if you’re an urban fantasy fan looking for a story that doesn’t devolve into a murder massacre.

Undine is a movie from German filmmaker Christina Petzold, who tried to bring the classic fairy tale to life maintaining the dreamlike mood throughout. This is a story as tragic as the original The Little Mermaid fairy tale and a beautiful look into the understated beauty and rich history of Berlin.

Another fresh take on the genre is Little Monsters, a movie with Lupita Nyong’o that tries to breathe fresh life into zombie flicks.

Little Monsters is a fast-paced comedy a la Shaun of the Dead and the first Zombieland, with a cute love story in the mix.

A slacker/loser type finds new meaning in his life after he takes his nephew to school and falls head over heels for the charming teacher played by Lupita Nyong’o. He decides to join a school trip to the petting zo0 to get closer to her…only the zombie apocalypse begins. He and the teacher then have to spend the movie keeping the kids safe but also pretending that nothing’s wrong and the zombies are simply part of the trip.

Logan is on Hulu, if you feel like watching a superhero movie that doesn’t just rely on a CGI fest.

In a world where mutants are nearly extinct, Wolverine is basically a grumpy old man hoping for some peace and quiet.

His retirement is cut short when a mutant child needs his help but his powers are way past their prime, with his self-healing abilities almost gone. Will he become a hero once more and what will that cost?

If you don’t count Joker, Logan is possibly the only dark superhero origin story that actually makes you care about the characters (and makes sense!).

If scifi is more like your cup of coffee, give Gattaca a stream.

This 1997 movie still holds up and holds a great influence over scifi as a genre. Ethan Hawke plays a genetically inferior man, destined to do a menial job, but who dreams big dreams and isn’t afraid to go get them.

In order to achieve those dreams, he steals the identity of a superior and will have to fool society.

A gripping tale with special effects that still look fresh, this is one classic you shouldn’t miss.

Speaking of traveling the world, what if that wasn’t a transformational experience like all self-help books claim it is?

One of the very best movies on Hulu is Nomadland, a story that will stay with you wherever you go.

Frances McDormand delivers a powerful performance as Fern, a woman in her 60s who loses her husband and decides there is no more “home” for her. She embarks on the kind of van life that few can glamorize and goes across America, working for Amazon from time to time and trying to survive her grief.

A truly special story, this movie won 3 Oscars for its unflinching depiction of the aftermath of the Great Recession. It also features a lot of non actors and some famous van life proponents like Linda May and Bob Wells, which add to the realism.

“Based on a true story”. That’s a claim Nomadland can make but doesn’t and a claim Fargo makes…but doesn’t follow.

If you just watched Nomadland on Hulu and remembered what a treasure Frances McDormand is, do stream Fargo too.

This 96 classic by Joel & Ethan Coen opens with the claim that it’s based on a true story but what follows is an insane, riveting crime story with so much imagination, it’s hard to guess where it will go next.

If you haven’t seen Fargo, give this classic a chance and you’ll fall in love. If you did, it’s always a good time for a rewatch thanks to the rich characters and details!

Another thoughtful movie that could go great after Nomadland is Leave No Trace.

This movie came out in 2018 and got lost somehow in the Oscar buzz, which is a shame, considering how deep and moving it is.

It follows the story of a father and his teen daughter who make their existence off the grid, living off the grid in a forest in Portland, Oregon. Their lives are simple but idyllic – that is, until they make a mistake and get taken by social services. Leave no Trace is the story of them trying to get back together in the wilderness – and it’s one that will take you on a heartwrenching adventure.

And on the topic of “off the grid”, what movie did a better and fresher take than Parasite?

This 2019 movie from Korean director Bong Joon Ho cleared the Oscars that year thanks to its amazing and hardcore premise – what if there is no virtue in being poor?

Parasite is on Hulu and its story, full of twists and turns, will keep you glued to the screen. The story of a poor family living in a cramped basement who creatively scam their way as the employees of a rich family is one that highlights class differences and class warfare in a way Hollywood hasn’t touched before.

And lastly, a best of Hulu movie that can be watched and rewatched endlessly, especially considering the impact social media has on society.

David Fincher’s The Social Network is one of the best and sleekest movies we’ve ever seen, with a flawless story (surprisingly engaging, considering the topic!) and a riveting soundtrack by Trent Reznor and Atticus Ross.

It chronicles the birth of Facebook by following around Mark Zuckerberg in his college days, as he creates the social media platform and has to fight for its control with his investor, the Winklevoss twins.

The only flaw of this movie? Mark Zuckerberg as played by Jesse Eisenberg is so much more human and relatable than the real Zuck and his creepy love of Sweet Baby Ray BBQ sauce.

So, what will you watch on Hulu this November? What do you think is the best movie on Hulu right now? Let us know in the comments and we might update this guide with your suggestions.