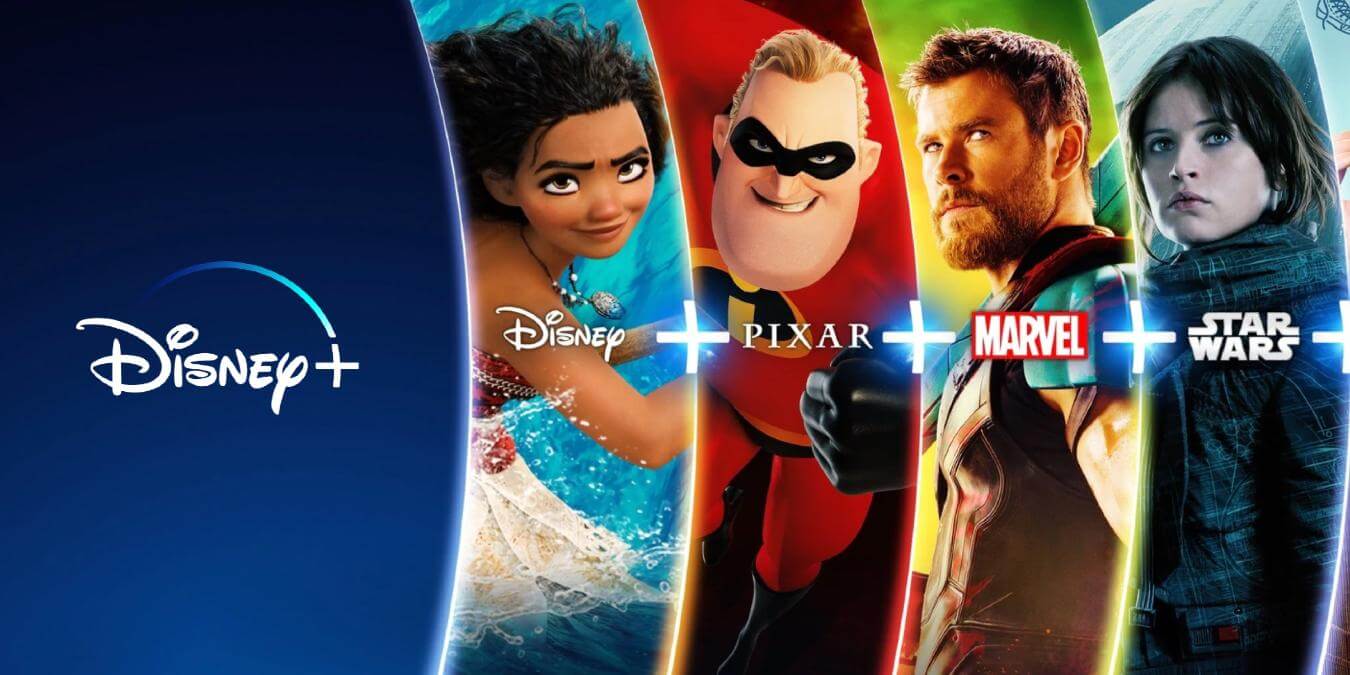 The launch of Disney Plus was expected with bated breath by millions of people and when it finally went live, it did so with an overwhelming amount of content.
Aside from collecting the classic animation features many of us grew up watching, the streaming service also added new branded content as well as streaming service-exclusives to the roster.

Titles from Marvel, Lucasfilm and Pixar also made an appearance and, at this point in time, the library continues to grow. Needless to say, you’d be hard pressed not to find something you’d enjoy, with so much to choose from – while it might still bear a name associated with children’s animation, Disney also makes content fit for all ages.

So if you’re a bit unsure what to watch this evening or at the end of the week, sit back, relax and let’s see if we can find you something to enjoy.

If you’re familiar with the animated film Balto, then you might be aware of the story of the brave sled dogs that delivered very important medicine, back in 1925 to Nome, Alaska. While Balto is the sled dog commonly associated with this feat and who ran the last leg of the journey, the dog that actually covered most of the distance, during terrifying weather and across dangerous paths, was named Togo.

This movie tells the story of the dog since he was a puppy, as well as the bond between him and his owner, Leonard Seppala and how that bond helped them through one of the most dangerous runs across the Alaskan landscape they would ever do.

This movie is, obviously, part of the Star Wars franchise, but is set before the events of the first film.
It follows a character named Jyn, whose father is taken by the Galactic Empire by force, in order for him to help them complete the Death Star. Jyn grows up to join a group of resistance fighters who want to steal the Empire’s blueprints.

Action-packed and with a pretty talented cast, the film is an enjoyable watch even for those who are not very familiar with Star Wars lore.

If Nightmare Before Christmas is a Halloween film or a Christmas film has long been a point of debate but the fact remains it’s just as enjoyable to watch during Halloween night or while waiting for Santa to drop the presents under the tree.

The stop-motion animated film is truly an autumn/winter classic, with just the right amount of both gloom and cheer, all topped up with Jack and Sally, the characters that stole our hearts ever since the film was first released in the early 90’s.

While this movie doesn’t quite match the pazzaz of the other Marvel films that followed it, it’s impossible not to get a little giddy when rewatching it (or watching it for the first time). It’s fun and exciting and it’s the first time when all Avengers join forces on screen ready to kick ass and, of course, save the world.

10 Things I Hate About You

If you’re in the mood for a classic rom-com or if you just want to jump on the late 90’s/early 2000’s bandwagon, this is the film for you.
The plot is simple: highschooler Cameron cannot date the girl he likes until her older sister, Kat, who is a little difficult and anti-social, doesn’t get a boyfriend. So Cameron decides to pay a boy called Patrick to sweep her off her feet. And sweep her off her feet he does!

If you want a punch right in the nostalgia, what better way to get there than by watching Toy Story? The animated film, while released by Disney, was produced independently and released by Pixar, way before the company was purchased by the mouse-eared giant.

The story focuses on a group of toys that come to life whenever their owner, Andy, is not looking. But their regular day-to-day gets turned upside down with the appearance of a new toy, Buzz Lightyear, who doesn’t realize he is a toy. The film follows his and Woody’s (the resident cowboy toy) adventures as Buzz learns more about this new world he now lives in.

Sleeping Beauty is a Disney classic and while many might argue on this, it has to be one of the best Disney has ever made: the animation is breathtaking, especially when you begin to understand there were no computer graphics to help it achieve the amazing fluidity it has.
It’s one of the last Disney films to feature this sort of animation as Disney moved into more ‘advanced’ animation techniques into the 60’s and 70’s.

The story does not go too far from the original fairytale: Princess Aurora touches the needle of a spindle and she falls into a deep sleep, as was foretold when she was born, that she will fall prey to a curse set upon her by the witch Maleficent. She will only be awakened by a true love’s kiss. Easy to see who that will be when the handsome Prince Phillip finally enters the picture.

Hidden Figures is based on a true story and follows the stories of three Black female mathematicians who proved to be pivotal to problem-solving at NASA. Needless to say, these talented and intelligent women faced adversity at every step of the way but the movie follows them through all of it and shows how they overcame every obstacle that came their way.

Raya and The Last Dragon unfortunately came and went almost unnoticed, thanks to its release during the pandemic. But no time like the present, right ?
This epic fantasy story follows a young woman who goes on a journey to find the last dragon dragon and undo an event that fractured the world she lives in in more ways than one.

Kelly Marie Tran stars as Raya, while Awkwafina voices the dragon Sisu. Other actors like Daniel Dae Kim, Sandra Oh and Benedict Wong also lend their voices to different characters and all these talented names should be enough to recommend watching the film.

Last but not least, The Santa Clause is a holiday season classic (since we’re just around the corner from Christmas) that follows Tim Allen as a single father who accidentally manages to, well, kill Santa.
Following this tragic course of events, he has to become the new Santa Claus. Not only does he have to wear the Santa suit but his body also begins to change to resemble the jolly man we all know and love.

The movie is a heartwarming story about becoming a better person and the overall cheer of the Christmas season – what’s not to love?