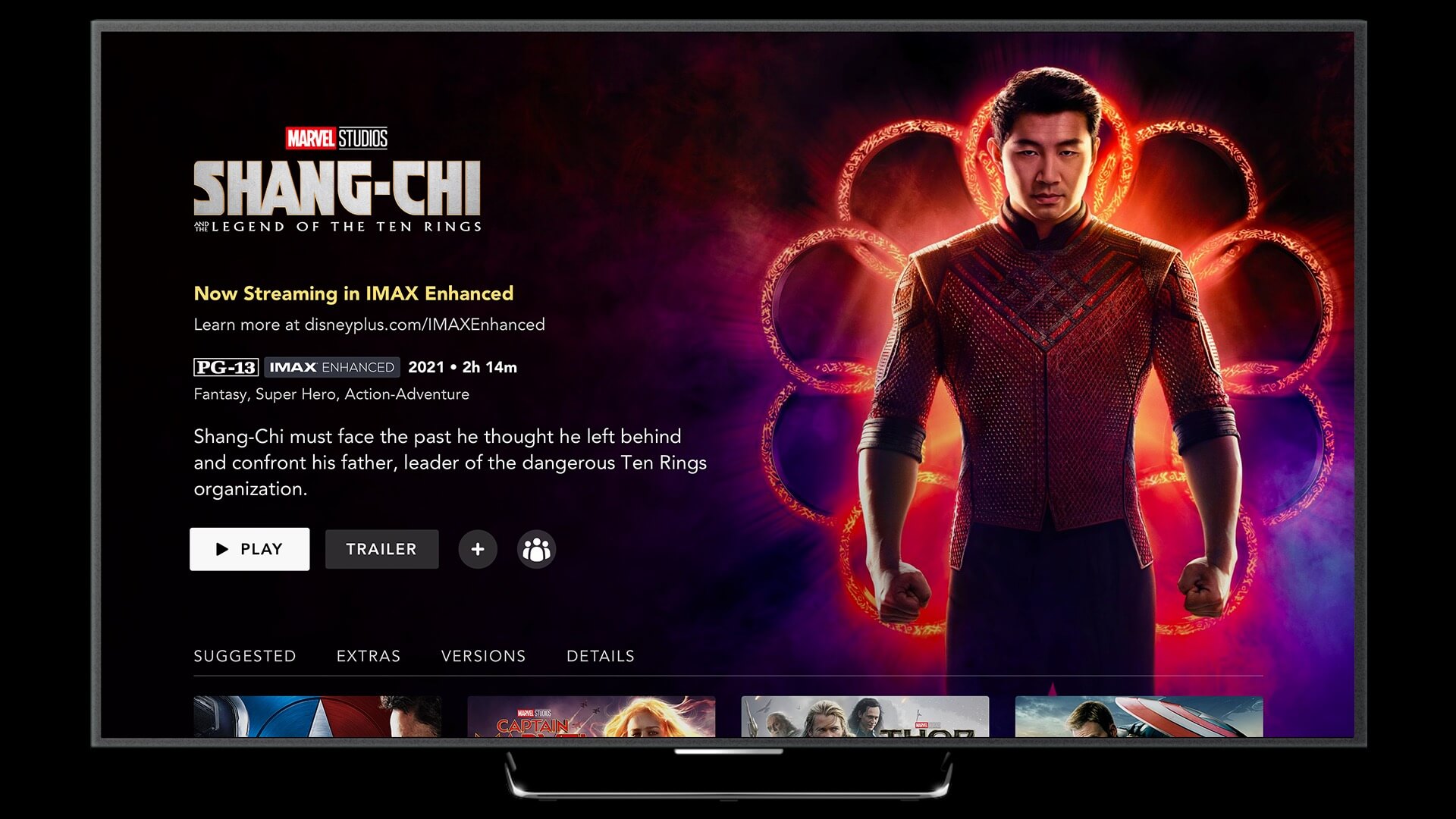 Disney Plus Day 2021′ biggest highlight was the availability of a dozen or so titles from Marvel in IMAX Enhanced. If you missed it somehow but are eager to learn how to dive in and watch your favorite MCU movies in IMAX’s expanded aspect ratio, read on!

What Marvel Movies Are Available on Disney Plus in IMAX Enhanced?

Announced this Monday, 13 Marvel movies became available on Disney Plus in IMAX Enhanced on Friday. While the content varied by region, most Disney Plus subscribers could see the following titles stream in the 1:90:1 aspect ratio, as in an IMAX cinema:

Unfortunately, some binge-watchers couldn’t enjoy the content at its fullest. Just as Disney warned, not all Marvel content made it to people’s TVs with the new aspect ratio.

Notably, in India, Shang-Chi and The Legend of The Ten Rings remains the only movie available in IMAX Enhanced (at the time of writing). There, Disney Plus Hotstar subscribers could watch it like in an IMAX cinema on their computers and mobile devices, with TVs having trouble catching up.

Some viewers in Indonesia talked about similar issues, so this appears to be a reality in several markets. However, past experience shows that Disney Plus will likely roll the rest of the titles in time so… we just have to be patient!

No matter where you live, you should have access to one of Marvel’s recent hits, Shang-Chi, at the least. If that’s the case but you’re wondering what buttons need to be clicked to access the IMAX Enhanced version, don’t worry!

The entire process is ridiculously simple:

1. Choose the Marvel movie you want to watch (Shang-Chi or other title from the 13 listed above).

2. Check to see the versions available by pressing one of the four tabs below the play and trailer buttons.

3. If you can see the IMAX Enhanced version, simply click it and enjoy your movie in IMAX’s expanded aspect ratio! Later on, you’ll also be able to take advantage of the IMAX signature sound, thanks to DTS technology in IMAX Enhanced.

With so many Marvel titles under its belt, it’s a bit hard to decide the order in which you’re going to see them on Disney Plus. If you decide to stream them in a linear way, respecting the story throughout, then check this list for your holiday season marathon:

Iron Man 2 (about six months after the OG Iron Man)

What is IMAX Enhanced?

If you haven’t grasped the difference between IMAX and IMAX Enhanced, this is what you need to know. IMAX Enhanced is a programme developed by DTS in collaboration with IMAX to enable viewers to relive that unique IMAX experience at home.

To do so, there are several areas the companies focused on.

On one hand, the content; we’re talking digitally remastered 4K HDR footage, with immersive sound from DTS to match the scale, picture and sound an IMAX theater provides.

Then, the devices on which this content is available; TVs, projectors, soundbars, subwoofers, A/V receivers, loudspeakers that want to receive IMAX Enhanced certification go through serious testing at the hands of IMAX, DTS and Hollywood specialists before doing so. Here are all the devices that passed the test.

Finally, the streaming platforms that offer IMAX Enhanced movies need to enable IMAX Mode which allows viewers to effectively receive that content in the way it was intended by the filmmaker.

Learn more about it from IMAX: