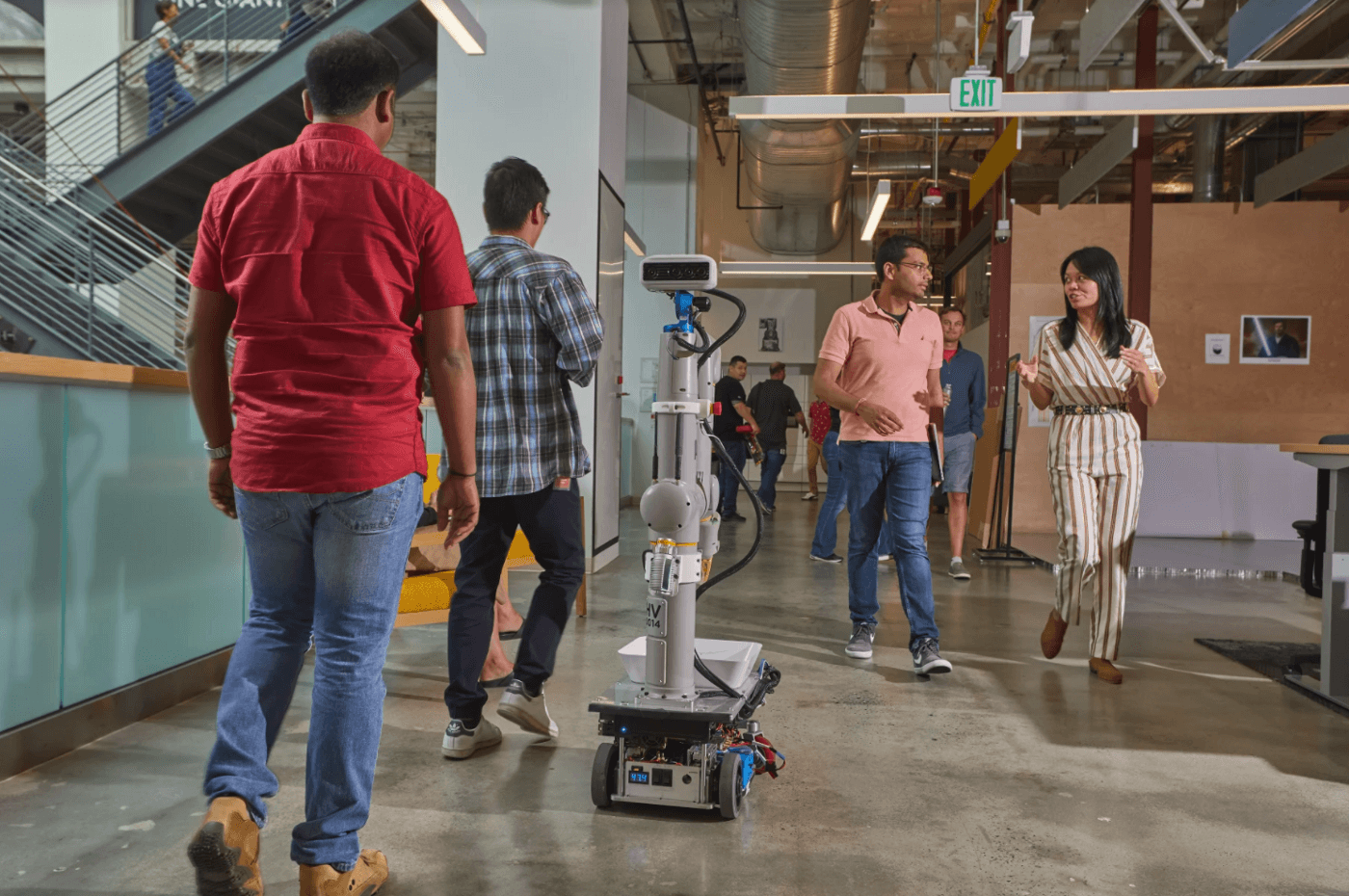 Google announced some of its prototype machines were moved out of the lab and into Google’s Bay Area campuses. The Everyday Robots project consists of an organization within its innovative X labs, committed to designing a general-purpose learning robot.

Recently, some of its prototype machines were placed into Google’s Bay Area campuses to perform their tasks.

The Everyday Robots feature a pretty basic design, with a multipurpose gripper on the end of their arm, a “head” with cameras and sensors for computer vision, along with a spinning lidar unit on the side for navigating.

The company is now operating a fleet with more than 100 robot prototypes. The robots are autonomously performing a variety of useful tasks around our offices, like sorting trash or wiping tables.

The tasks are very specific, as the robots are coded to perform these duties in the best way, at exactly the right time. Therefore, the machines won’t be effective at performing in spontaneous situations, as they are programmed to solve specific needs. For robots to be effective in unpredictable situations, they would require learning capabilities.

“We are now operating a fleet of more than 100 robot prototypes that are autonomously performing a range of useful tasks around our offices. The same robot that sorts trash can now be equipped with a squeegee to wipe tables and use the same gripper that grasps cups can learn to open doors,” said Everyday Robot’s chief robot officer Hans Peter Brøndmo in a blog post.