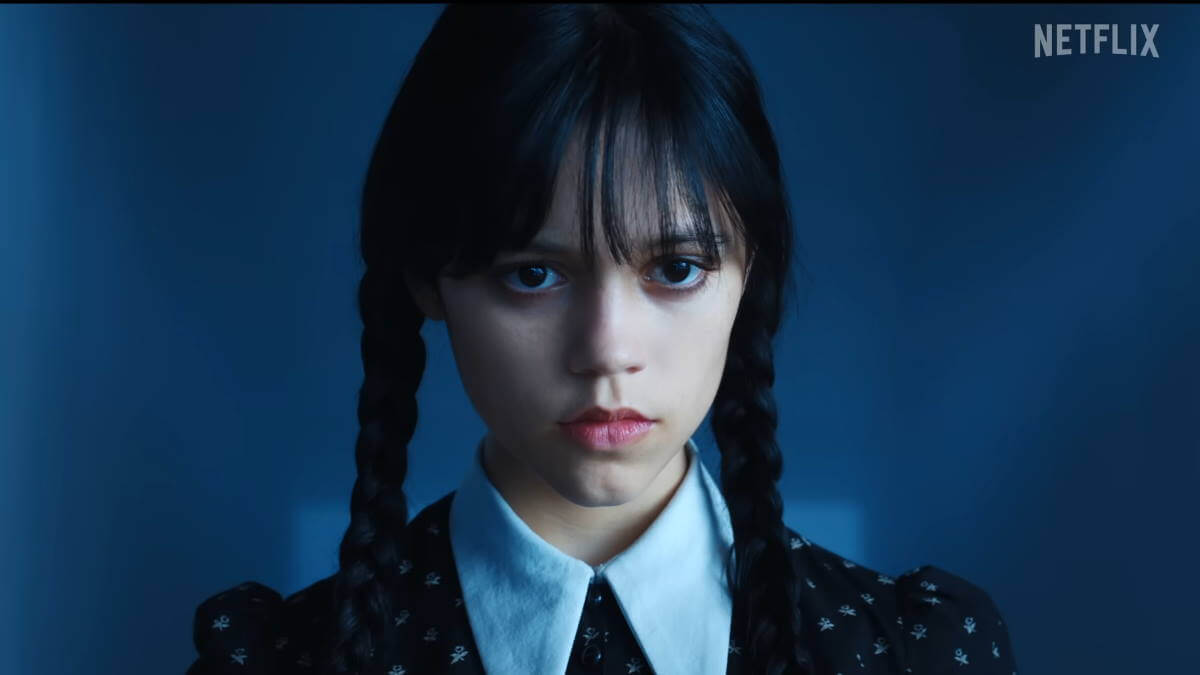 Jenny Ortega, who rose to fame playing the main character in the Scream 6 slasher movie, is now back to the macabre as Wednesday Addams.

The Netflix Wednesday Addams show, an anticipated series from Tim Burton, was finally revealed with a teaser that puts Jenna Ortega front and center.

Thought Christina Ricci was the best and possibly only person who could do Wednesday Addams justice? Think again, because Ortega has the perfect mix of cute and peculiar mannerisms this goth fantasy demands.

The Netflix series Wednesday will follow her during her misadventures after getting expelled from several schools, which prompts the Addams family to ship her to the Nevermore Academy.

Once she lands at the same school where Gomez and Morticia Addams met, she’ll have a chance to develop her own special abilities, make some friendships…and solve a murder.

Jenna Ortega is joined by Luis Guzmán as Gomez, Catherine Zeta-Jones as Morticia and Gwendoline Christie as Larissa, but will also share the screen with the OG Wednesday Christina Ricci, so this Tim Burton series has plenty of star power.

Wonder what role Helena Bonham-Carter will have, since she has rarely skipped one of his projects!

Wednesday on Netflix will premiere sometime later this year and it’s the first Tim Burton TV show since 2000, when he wrote and directed the miniseries The World of Stainboy.