The New Apple Watch Series 4 Can Perform an ECG, Is FDA-Approved 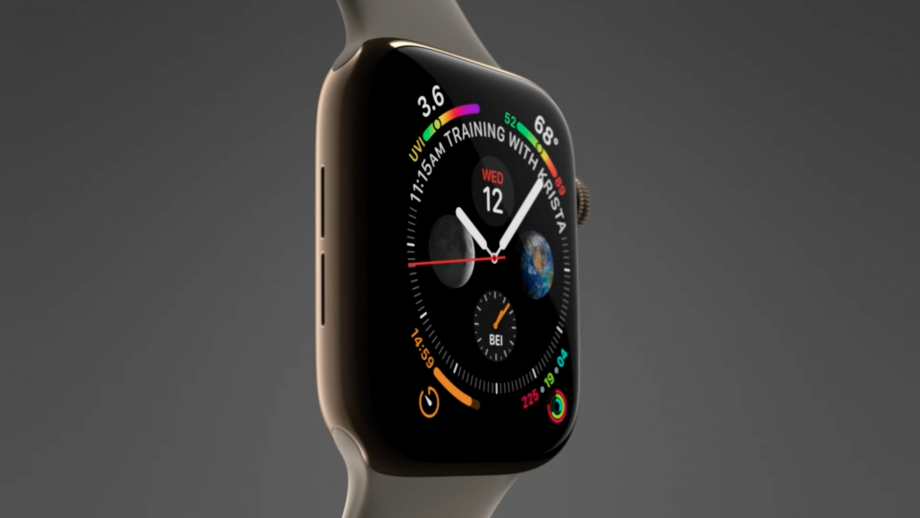 Alongside the iPhones, Apple also announced its Apple Watch Series 4 during the event that took place yesterday, teasing it to be its thinnest model to date.

That proved to be somewhat true – the smartwatch is the thinnest only since the Series 3. If you have a look at the first-generation Apple Watch, the Series 4 is 0.2mm thicker, which 10.7mm, compared to the 10.5mm of the original.

Alright, it’s just a few millimeters, so it’s not that big of a deal.

Moving on, the watch is able to perform electrocardiograms (ECG). The ECG measures the electrical activity of the heart, relative to a specific time interval by measuring irregularities that might indicate a heart problem. Its functionality has been approved by the FDA as well.

It’s easy to use too – all you have to do is rest your finger on the crown of the Apple Watch for 30 seconds and, once the examination is completed, the device will create a PDF file containing the results, which, in turn, you can share with your doctor.

The feature will come to the Apple Watch by the end of 2018 and will only be available in the U.S for a while.

The watch will also be able to detect falls and allow you to call the emergency number of your choice if any falls should happen, purely based on the movements the person makes, which is definitely an interesting feature.

The watch comes with a new SiP (Silicon in Package) design and it contains the first custom Apple CPU and GPU. The only specs available for it are that the dual-CPU is a 64-bit that can outperform its predecessors by being twice as fast.

The microphone has been relocated between the button and on the left side there is a large speaker grill which Apple promises to be much louder.

We’ll get to see how it performs soon enough, as the watch goes on sale for $399 with GPS, while the LTE variant will cost $499 and will both become available starting September 17th, with preorders kicking off this Friday.